ASUS has confirmed that they have become one of Nvidia's first hardware partners that will bring the company's Grace CPU "superchip" into the datacenter market, and that they will support Nvidia's new liquid cooled A100 PCIe GPUs.

Nvidia's Grace CPU "Superchip" is a design that brings together two of Nvidia's Grace CPUs using a NVLink high-speed, low-latency chip-to-chip interconnect. This design offers users 144 ARM Neoverse CPU cores and can deliver estimated performance of 740 on the SPECrate®2017_int_base benchmark. With LPDDR5x memory, this CPU also has access to 1 terabyte per second of memory bandwidth.

ASUS will be creating new servers that are powered by Nvidia's Grace chips to "address the most demanding HPC, data analytics, digital twin simulations, cloud gaming and hyperscale computing applications." ASUS expects to release these new servers in the first half of 2023. 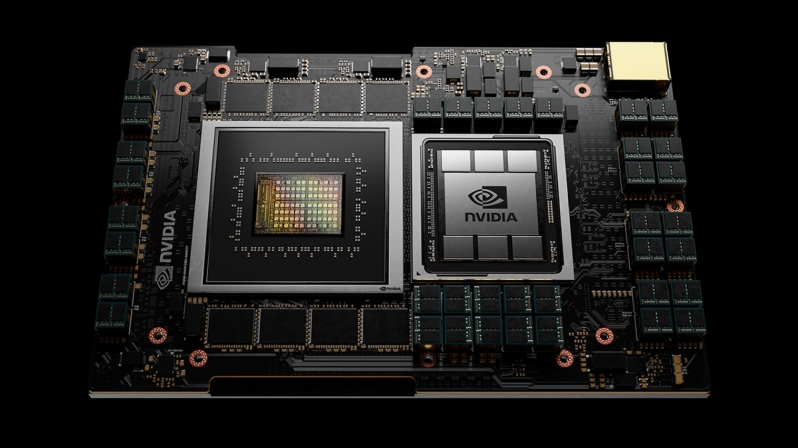 (An Nvidia Grace CPU with a connected Hopper GPU)

ASUS has confirmed that they also plan to support Nvidia's new liquid cooled A100 PCIe GPUs, revealing that they are working to modify their existing system architecture to support liquid and air cooling solutions.

Nvidia's new liquid cooled A100 GPUs are designed to help system integrators to increase the computational density of their products by allowing more Ampere A100 GPUs to be fitted and cooled within enterprise systems. Liquid cooling solutions can help to increase the computational density of systems, at least when compared to similarly performing air-cooled solutions.

You can join the discussion on ASUS' plan to support Nvidia's new Grace CPU "Superchips" with new servers on the OC3D Forums.

Warchild
ASUS are always the early adopter. Its how they try to justify slapping their exorbitant ASUS tax on the products.Quote
Reply