Over the past week, reports have surfaced regarding defective ROG Maximus Z690 Hero motherboards, with user discussing RAM compatibility issues, code 53 errors, and a claim that a motherboard "burned up".

Buildzoid from Actually Hardcore Overclocking has created a video discussing these motherboard failures, revealing that these issues come from a manufacturing defect. Specifically, this defect is an incorrectly installed capacitor, which was installed in an incorrect orientation. ASUS' quality control mechanisms failed to spot this defect, resulting in faulty boards getting manufactured and shipped to users. At this time, only a limited number of Z690 Maximus Hero motherboards appear to be affected.

In a recent statement on their ASUS PC DIY Facebook page, ASUS has confirmed that some of their ROG Maximus Z690 Hero motherboards are impacted by manufacturing issue, with the preliminary investigation identifying a "potential reversed memory capacitor issue in the production process".

This manufacturing flaw has led to users of these motherboards experiencing 53 debug issues, and other memory related issues. However, it has been reported that this issue could lead to Z690 Hero motherboards catching fire in extreme cases.

Thankfully, this issue only appears to impact ROG Maximus Z690 Hero motherboards that were produced on a specific production line, affecting units that were produced in 2021 with the part number 90MB18E0-MVAAY0 and serial numbers starting with MA, MB, or MC. ASUS has confirmed that they are working with suppliers and customers to identify all affected motherboards, and that they "will be working with relevant government agencies on a replacement program."

Below is what ASUS has said on their ASUS DIY Facebook page.

To our valued ASUS Customers,

ASUS is committed to producing the highest quality products and we take every incident report from our valued customers very seriously. We have recently received incident reports regarding the ROG Maximus Z690 Hero motherboard. In our ongoing investigation, we have preliminarily identified a potential reversed memory capacitor issue in the production process from one of the production lines that may cause debug error code 53, no post, or motherboard components damage. The issue potentially affects units manufactured in 2021 with the part number 90MB18E0-MVAAY0 and serial number starting with MA, MB, or MC.

You can identify your part number by referring to the product packaging: Please reference the attached image
As of December 28, 2021, there have been a few incidents reported in North America. Going forward, we are continuing our thorough inspection with our suppliers and customers to identify all possible affected ROG Maximus Z690 Hero motherboards in the market and will be working with relevant government agencies on a replacement program.
Thank you so much to everyone for your patience and support while we are working through the replacement program.

If you have any questions or concerns please feel free to contact ASUS customer service.

ASUS MyASUS App - You can use via Windows or Android or iOS
https://www.asus.com/us/support/MyASUS-deeplink/ 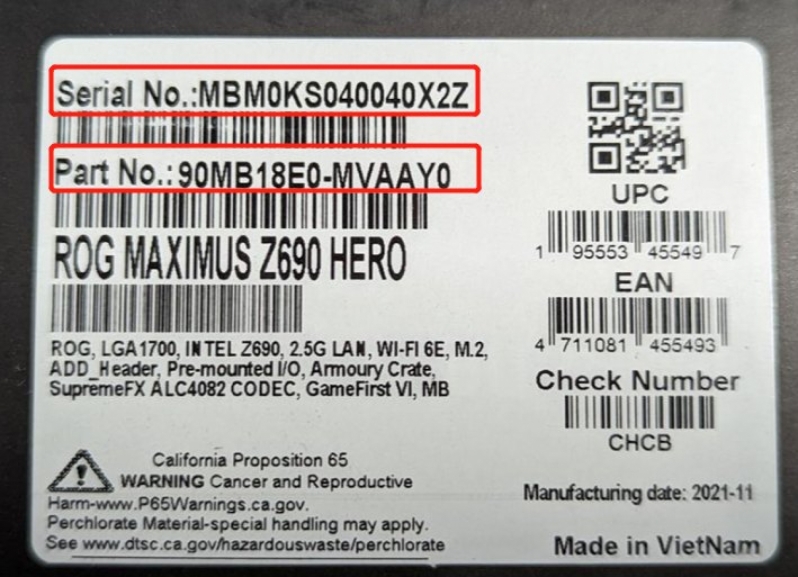 ASUS has responded incredibly quickly to early reports of issues with their early ROG Maximus Z690 Hero motherboards. Not only has ASUS discussed what appears to be the root cause of these motherboard issues, but they have admitted that a problem exists and have formulated a plan that should allow their customers to identify and replace affected hardware. We couldn't ask for a company to respond to issues like this better.

Kudos to ASUS for quickly identifying and discussing this topic. A lesser company would have ignored this issue, or removed their product from sale without a public announcement.

You can join the discussion on ASUS recalling faulty ROG Maximus Z690 Hero motherboards on the OC3D Forums. 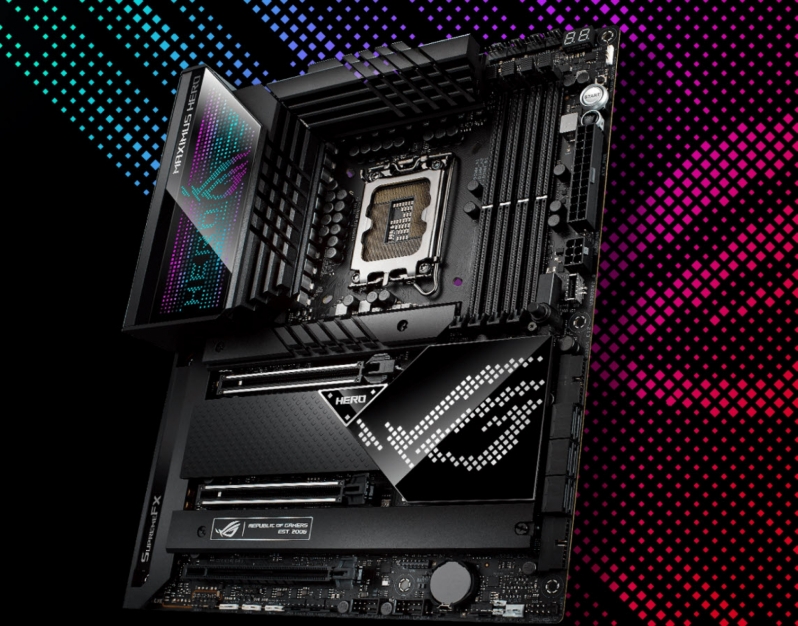 Warchild
Question now is if the formula, extreme etc have similar design flaws.Quote

Bagpuss
Quote:
Yeah, well, the prospect of people's PC catching fire and burning the house down with all the reputational damage and class action lawsuits that could ensue, does tend to concentrate corporate minds rather quickly.

WYP
Quote:
From the looks of it, someone loaded a machine with a chip belt the wrong way round and ASUS' imaging sensors did not spot the chips being placed incorrectly. In all likelihood, this issue only affects a small number of motherboards.

ASUS will need to re-evaluate its quality control to ensure that they spot these kinds of issues in the future.Quote

Dicehunter
Quote:
If they have that specific chip in the same location it's a possibility.Quote
Reply