ASUS reveals its AM5 X670E Prime and Creator motherboard lineups

With their new X670E-Creator WIFI motherboard, ASUS is offering their users two PCIe 5.0 16x slots, four M.2 SSD slots (two of which are PCIe 5.0), and a pair of USB4 ports on the motherboard's rear I/O panel. This motherboard also ships with WIFI 6E support, a 2.5Gb ethernet port, a Marvell AQtion 10 Gb Ethernet port, and support for cases with that can support 60-watt USB Type-C charging.

Below is what ASUS had to say about their latest PRIME and CREATOR series AM5 motherboards in a recent press release. 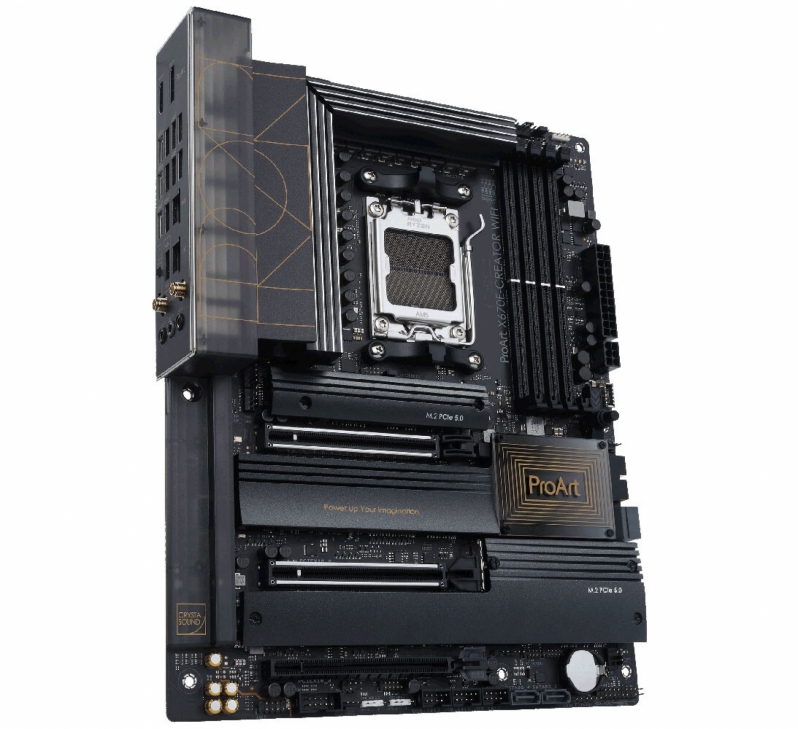 The ProArt X670E-Creator WiFi delivers connectivity, high-speed storage options, and ProArt's unique aesthetic. The motherboard's aesthetics showcase a sophisticated style rooted in clean lines, graceful angles, and precise symmetry. Its unobtrusive colors give it a timeless look that's never out of place, with subtle gold accents on the integrated I/O shield and the chipset heatsink.

The ProArt X670E-Creator WiFi includes two PCIe 5.0 x16 slots to give users access to the fastest next-gen SSDs and GPUs. The board is also equipped with four onboard M.2 slots, two of which are wired for PCIe 5.0.

The new PCIe 5.0 standard provides the bandwidth for a pair of USB4 ports on the rear I/O panel. Flexible front-panel connectivity is essential for many workflows, so the ProArt X670E-Creator WiFi offers a front panel USB 3.2 Gen 2×2 connector with support for Quick Charge 4+. Pairing this motherboard with a case featuring a front-panel USB Type-C port provides convenient access to 60-watt charging.
WiFi 6E unleashes the 6 GHz spectrum in select regions for truly unhindered wireless connections. Intel 2.5 Gb Ethernet provides rock-solid and reliable wired networking, while a Marvell AQtion 10 Gb Ethernet port opens up even more options, such as connecting to blazing-fast network-attached storage. 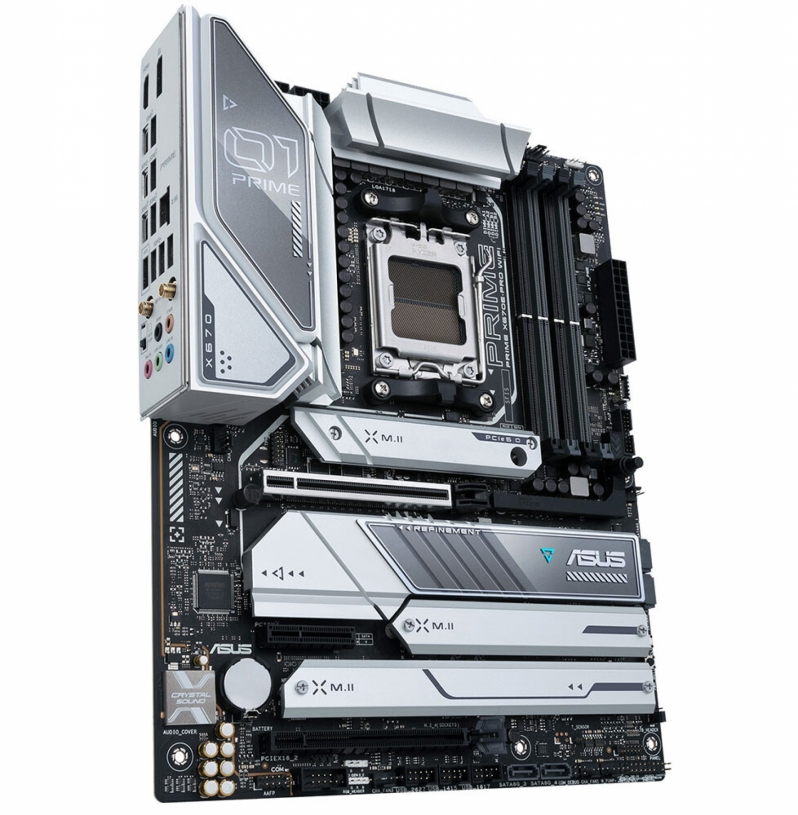 At the top of the Prime motherboard range sits the Prime X670E-Pro WiFi. The board inclues DDR5 support, a PCIe 5.0 x16 slot and a PCIe 5.0 M.2 slot, support for WiFi 6E, a Realtek 2.5 Gb Ethernet port, and a Thunderbolt 4 header. It includes some DIY-friendly features as well, such as the pre-mounted I/O shield, PCIe Slot Q-Release button and the Q-LED diagnostic array.

You can join the discussion on ASUS' new Prime and Creator series AM5 motherboards on the OC3D Forums.

robbiec
The Creator looks to be a nicely understated board that does its job without screaming look at me! Useful spec, a couple of X8 PCIe5 slots, dual Nvme5 slots and 10Gbe + WiFi 6 thrown in.Quote

AlienALX
Yeah have to agree, the poofart has a lovely aesthetic. I wish more board partners would go away from the garish gaming look and move onto more classy looking boards.Quote

Avet
ASUS is kinda missing the point with Creator boards. Instead of the 4 Chipset m.2 slots there should be 4 PCIE x4 slots and a few m.2 to PCIE cards. You could then have capture cards, DeckLink Mini Monitor 4K, faster network, etc. None of those requires full x4 bandwidth. 2 Slots from CPU, and another 5 from Chipset. That would be a proper 7 PCIE slot Creator board. This is just a Strix with a different paint job.Quote
Reply