Intel plans to release new X-series processors next month, with hopes to deliver more value for money than ever before with their new Cascade Lake-X series CPUs.

Both motherboards are listed with DDR4 memory support at speeds of up to 4266MT/s in OC mode and bother motherboards offer WiFi 6 and high-speed ethernet connectivity. Both boards also support multiple M.2 slots and can support three PCIe 16x connections in an x16, x16, x8 configuration.

The Rampage VI Extreme Encore features a beefy 16-phase VRM, allowing the board to overclock Intel's highest-end X299 chips with ease. ASUS has designed this board to handle "absurd" amounts of power, while also packing a cooling solution which will keep their VRMs cool under load. Two compact fans are attached to this motherboard's heatsinks that will spin up to provide additional cooling when needed. 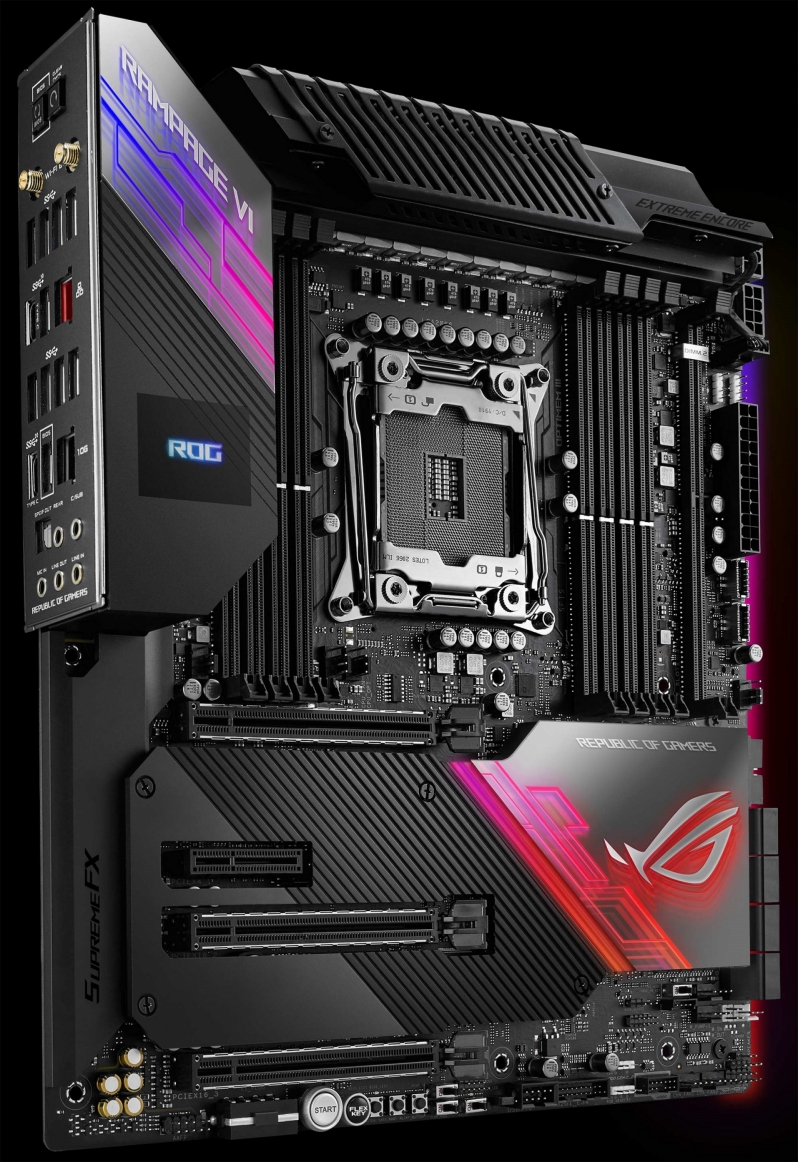 ASUS' ROG Strix X299-E Gaming II moves to a 12-phase VRM while rocking a two-piece cooling solution that's designed to handle heavy X299 overclocking. Like the Rampage VI Extreme Encore, this motherboard also comes with a small 40mm fan that will be used to help cool the motherboards VRMs when necessary.

Like the Encore, the Strix also features support for up to 256GB of DDR4 memory and can support memory DIMMs that are as fast as 4266MT/s. This motherboard also features WiFi 6 support and Bluetooth 5.

Unlike the Encore, the X299 Strix only supports 2.5Gb ethernet alongside Intel's standard Gb ethernet In addition to this, this motherboard also supports three M.2 slots and u to eight SATA connections. This board also lacks support for USB 3.2 2x2, but it comes with four USB 3.2 Gen 2 10Gbps ports (3x Type-A and 1x Type-C). 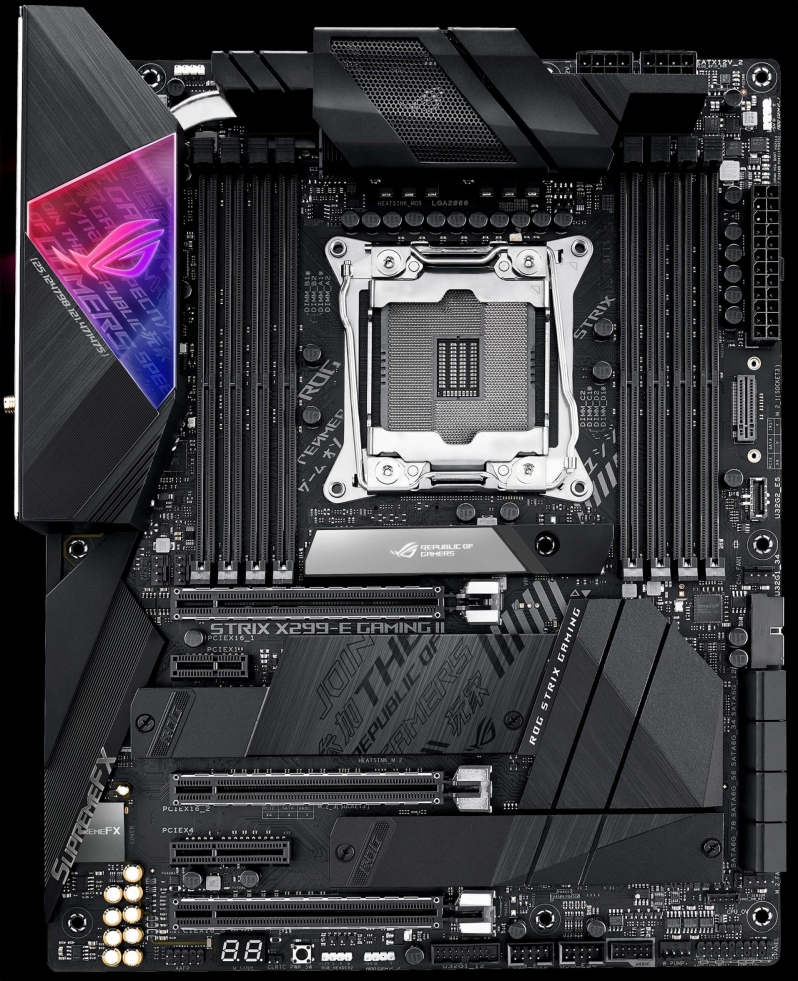 You can join the discussion on ASUS' upcoming X299 refresh motherboards on the OC3D Forums.