ASUS' ROG Strix X370-I ITX AM4 motherboard has been pictured

No display outputs? What about Ryzen APUs?

ASUS' ROG Strix X370-I ITX AM4 motherboard has been pictured

ASUS' ROG Strix series of ITX Gaming AM4 motherboards are set to release later this month, coming with B350 and X370 chipset variants. Previously the B350 version of this motherboard was pictured online by a retailer, though now some clearer information is available about ASUS' more premium X370 model.
Aesthetically ASUS' X370-I is almost identical to ASUS' B350 variant, offering the same two DIMM slots, four SATA 6Gbps ports and dual M.2 slots. One of these M.2 slots supports PCIe 3.0 bandwidth while the other only offers support for PCIe 2.0. 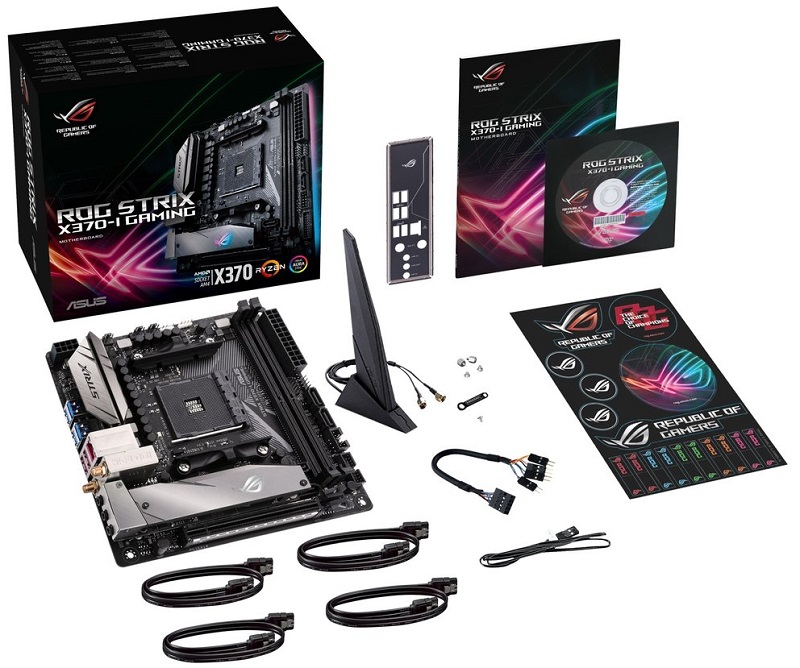 In the box, this item will come with four SATA cables, a wireless/Bluetooth antenna and other standard motherboard accessories. ASUS has not officially revealed the pricing of this motherboard can understand.

You can join the discussion on ASUS' ROG Strix X370-I ITX Gaming motherboard on the OC3D Forums.

darkxmen
Would have been nice if they were bringing out a Matx x370 mobo.Quote

Dicehunter
I really like the looks of that for a small powerhouse build, Shame they didn't include display outputs though for the upcoming APU's.Quote

AlienALX
Quote:
TBH their VRM cooler looks bigger than any board I have seen so far. Also, if it makes proper contact it should do a much better job than the Asrock Fatal1ty, which came in a weird version with a massive foam pad.

I guess reviews will reveal all on this one

Dawelio
Quote:
A typo or what should it be?...Quote
Reply