Leaks for AMD's incoming CPUs and X470 series motherboard have already been widespread, with pricing for AMD's upcoming CPUs leaking on Amazon UK earlier this week.

For starters, ASUS has opted for a darker colour scheme with a lot of gamer lingo printed on the motherboard's M.2 heatsink, where and RGB ROG logo is also present. We can also see that ASUS has added a single HDMI port to their AM4 Strix ITX design, allowing Ryzen CPUs to make use of integrated graphics whenever they are present. ASUS' X370-I and B350-I motherboards both lacked display outputs, making Ryzen CPUs with integrated graphics pointless on the platform.

Other design changes include a larger VRM heatsink which offers more surface area for heat dissipation, as well as several visual changes to component layout around the board's power circuitry, which could improve overclockability when compared to ASUS' previous ITX AM4 motherboards. Aside from that, the hardware layout of the X470-I Strix Gaming looks almost identical to its last-generation counterpart. 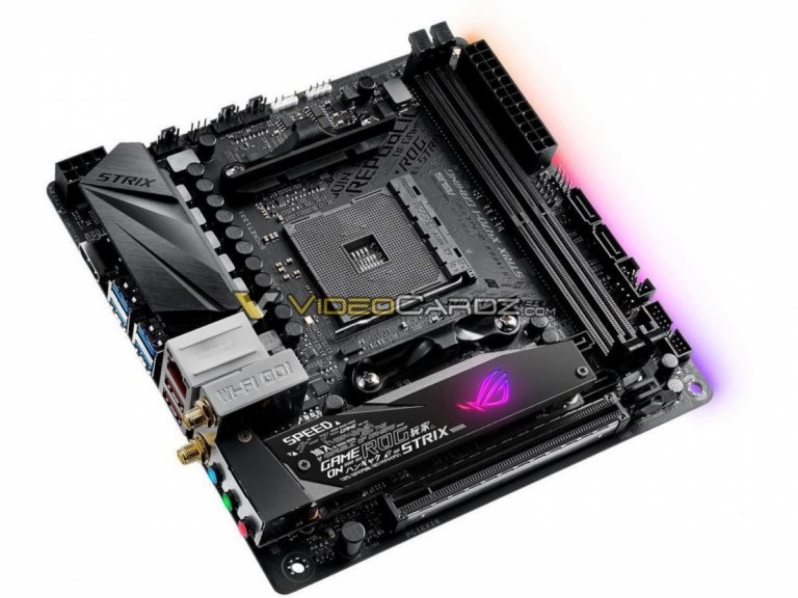 You can join the discussion on ASUS' ROG Strix X470-I Mini ITX Gaming motherboard on the OC3D Forums.

AlienALX
I don't like this random scribbling Asus have seen fit to put over all of their new products.

Talk about having the almost perfect visual appeal and then wrecking it.Quote

HJ1mech
What is Asus's new obsession with random buzzwords being slapped on? Stop it it looks stupid.Quote

i have not looked at the specs to be honest but is this chipset not a bit of a waste on an ITX mainboard?

what does it offer that could not be achieved with a B450?

PCI lanes should not be a problem with a board that has just one PCI16 slot and 2 SATA ports.Quote

Digikid
get rid of the gamer lingo crap and you'll have my support.Quote

Eddie long
Quote:
I think you can safely say because they can and someone will buy it , ASrock did the same with x99e- itx