The Mini-ITX form factor presents unique challenges to motherboard makers. For starters, motherboard designers have less room to work with, and that makes cooling difficult and it makes component placement a challenge. With AMD's AM5 socket and X670E chipset, a dual-chipset design from AMD, these issues are magnified, making the design process for ASUS' ROG Strix X670E-I Gaming WIFI a nightmare.

To create their new X670E-I ITX motherboard, ASUS needed to think outside of the box. By doing that, ASUS's ROG X670E-I Gaming WIFI has become more capable than its ITX predecessors and significantly more advanced. This new motherboard design is a triumph for ASUS, assuming that everything works as intended when the time comes to review this mini monster. 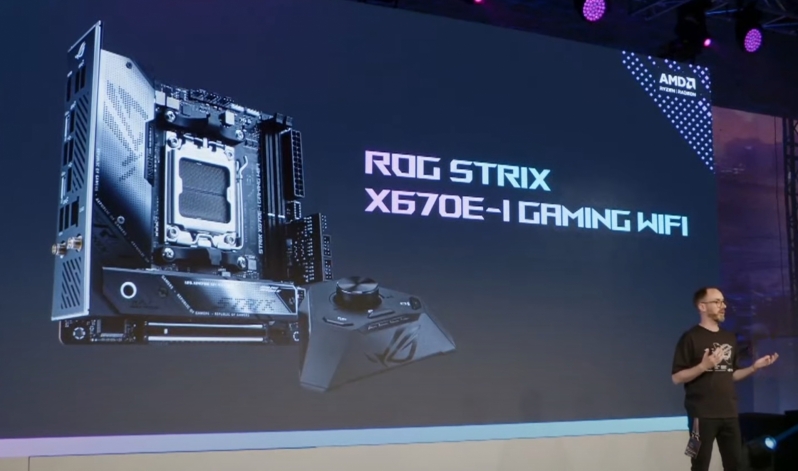 ASUS has also moved buttons and ports away from the rear I/O of their new ITX motherboard to leave additional space for more connectivity options. This leaves space for USB4 ports, heatsink vents, and video outputs. Features like audio I/O and BIOS flashback have been moved off-board and onto ASUS' bundled ROG Strix HIVE.

Using raised sections and vertical daughterboards, ASUS has been able to cram in a lot of features into their new X670E-I Gaming WIFI motherboard, making the most out of the compact ITX form factor. 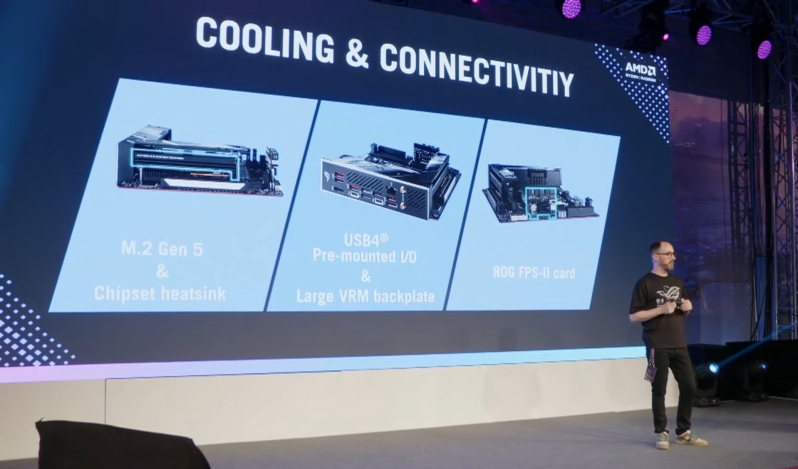 As mentioned before, ASUS' ROG Strix Hive has moved several buttons and components off-board and onto a convenient connectivity add-on. Now, you no longer need to reach around to access BIOS flashback or similar buttons. The Hive also acts as an audio control hub, offering users a useful audio control knob and mute functions.

As a X670E motherboard, the ROG Strix X670E-I Gaming WIFI support a PCIe 5.0 GPU connection and a PCIe 5.0 connection for M.2 storage. This makes ASUS' latest MITX motherboard ready for PCIe 5.0 graphics cards and storage, which should come as great news for forward looking users.

You can join the discussion on ASUS' ROG Strix X670E-I Gaming motherboard on the OC3D Forums. 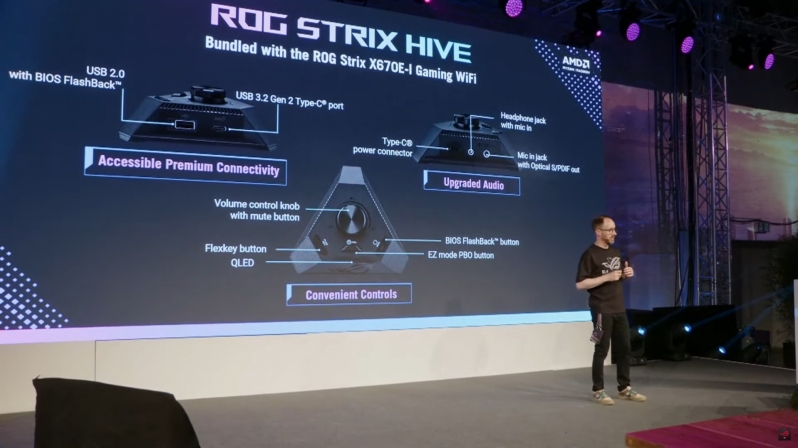 NeverBackDown
Going to be expensive I bet. The last three generations of these boards have gotten SUBSTANTIAL price hikesQuote

Avet
The only thing I like is the external DAC. That is worth at least a 100 extra. But people who are buying this level of hardware probably have their own. So yea... Not excited about the price.Quote
Reply