On August 18th, the US' Consumer Product Safety Commission released a statement regarding the recall of ASUS's ROG Maximus Z690 Hero motherboard due to "Fire and Burn Hazards", leading many PC/hardware websites to report on the news with typical levels of sensationalism. Today, we will be reporting the facts of this recall, and why practically all ASUS customers shouldn't be concerned, even if they own a Maximus Z690 Hero motherboard.

To put things simply, only products that were manufactured in 2021 with the model number "90MB18E0-MVAAY0" are affected by the issue that is addressed by this recall. ASUS has confirmed to us that products with this model number have never been made available in the UK, EU, and APEC regions. So immediately, most ASUS customers can breathe a sigh of relief.

Some early ROG Maximus Z690 Hero motherboards were affected by a manufacturing issue, which caused a specific capacitor to be installed in an incorrect orientation. ASUS' quality control mechanisms failed to spot this defect, and faulty motherboards were packaged and shipped to retailers in the US.

This recall is old news

ASUS recalled their ROG Maximus Z690 Hero motherboards in late 2021 (see our reporting from back then). ASUS responded immediately when production issues for some Z690 Hero batches came to light, issuing their recall over the holiday period while isolating the issue to relatively few units. Recent reports of this old recall stems from the US Consumer Product Safety Commission's recent statements regarding the recall, statements which came over seven months after ASUS had issued their own recall. 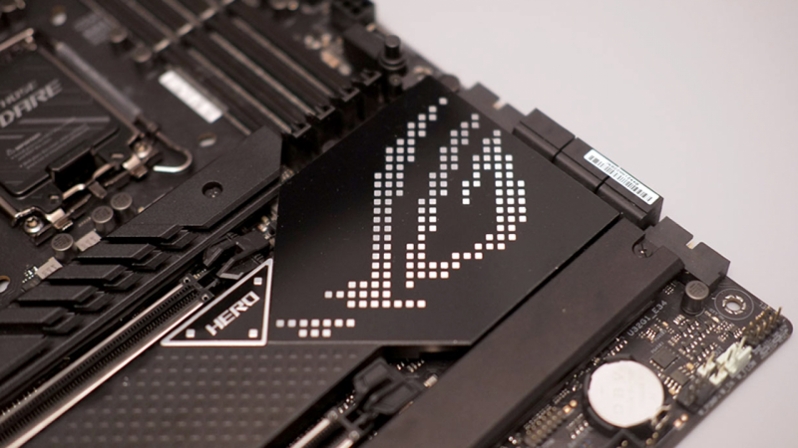 Should I be concerned by this recall?

ASUS responded quickly when the first reports of the Z690 Hero's "reverse memory capacitor" issue came to light. The fact that this old recall is resurfacing only confirms that ASUS did what they said they would do in December 2021 and worked with all relevant government agencies and create an official replacement program for affected customers.

To make a long story short, ASUS fixed their Z690 Hero motherboard a long time ago, pulled affected stock from retail, and replaced affected units for customers at their own expense. Sensationalist reports regarding this recall that do not mention these facts are either terribly researched or deliberately misleading. As it stands, practically all Z690 hero owners have nothing to worry about. That said, out of an abundance of caution, US owners of this motherboard should check their board's part number to confirm that their motherboard is unaffected.

You can join the discussion on ASUS' ROG Maximus Z690 Hero Recall on the OC3D Forums.

Dawelio
Why reporting on this now? I did see the article, but skimmed through most of if… Has it come to light again? As I assume this was the issue that Buildzoid and JayzTwoCents reported on last year?…Quote
Reply