So what's changed? Not much, to our eye, both motherboards look identical, and as far as specifications are concerned, both motherboards are exceptionally similar. Both boards use 16-phase VRMs, offer five M.2 slots, support Wi-Fi 6 and 10 Gbps ethernet and sport a USB 3.2 Gen2x2 connection. The main differences in the original Zenith II Extreme and the Zenith Extreme II Alpha lie under the hood, with ASUS replacing the original Zenith II's 16 Infineon TDA21472 power stages with  Infineon TDA21490 power stages. 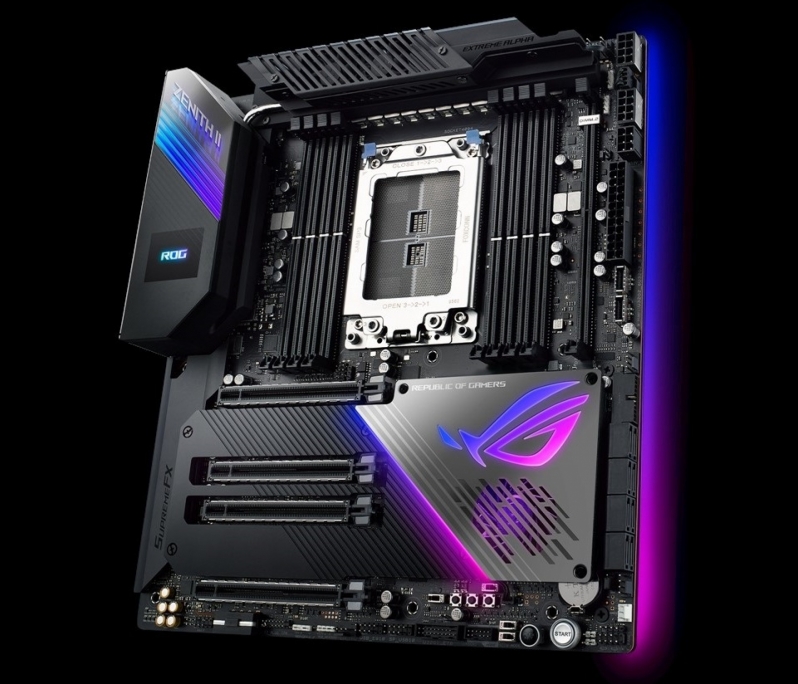 At this time, we do not know ASUS' planned release date or pricing for its upgraded TRX40 ROG Zenith Extreme Alpha motherboard, though we expect it to release before AMD's Ryzen Threadripper 3990X processor.

You can join the discussion on ASUS' new TRX40 flagship motherboard, the ROG Zenith II Extreme Alpha on the OC3D Forums.