An ultra high end X570 motherboard for workstation use.

At their latest "Create The Uncreated" event, ASUS showcases their ProArt X570-CREATOR WiFi, a new ultra-high-end AM4 offering that delivers all of the workstation-grade features that most users could desire. From Thunderbolt 4 to 10Gb ethernet, the ProArt has it all.

ASUS' X570-CREATOR ProArt offers users high-end I/O options and minimum gamer-style flash. The ProArt X570 CREATOR WiFi is an elegant motherboard designed to wow users with its feature set and not it's aesthetic. On the rear of this motherboard is eight USB ports, four of which are USB 3.2 Gen 1 while four are USB 3.2 Gen 2. Additionally, this board features two Thunderbolt 4 ports and both 2.5Gb and 10Gb ethernet.

With three PCIe 4.0 compatible M.2 slots, the X570-CREATOR WiFi has enough space for copious amounts of high-end SSD storage. Add on the board's six SATA 6Gb/s ports, and we have more than enough storage potential for the vast majority of PC builders. If you need more storage than this, you need a dedicated storage server, not a higher-end motherboard. 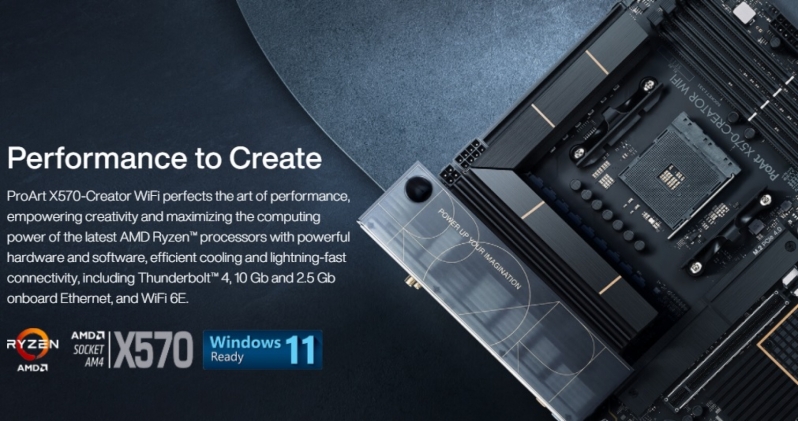 Users of ASUS' ProArt \X570-CREATOR WiFi motherboard can also support display connectivity over Thunderbolt 4, using the board's DisplayPort IN port, which can be outputted through Thunderbolt. This is a useful feature for users of Thunderbolt-based setups, making this board a great AMD-based motherboard for what was formerly an Intel dominated market segment.

With its 14+2 phase power system, this motherboard can easily handle AMD's latest 16-core Ryzen CPU offerings. Beyond that, this board can support up to 128GB of DDR4 memory using 32GB modules. WiFi 6E is also supported on this motherboard, making the X570-CREATOR ready for the latest routers and wireless networking solutions.

When it comes to connectivity, the X570-CREATOR is ASUS at their best, delivering a high-end feature set with minimal fuss and elegant execution.

You can join the discussion on ASUS' X570-CREATOR ProArt motherboard on the OC3D Forums. 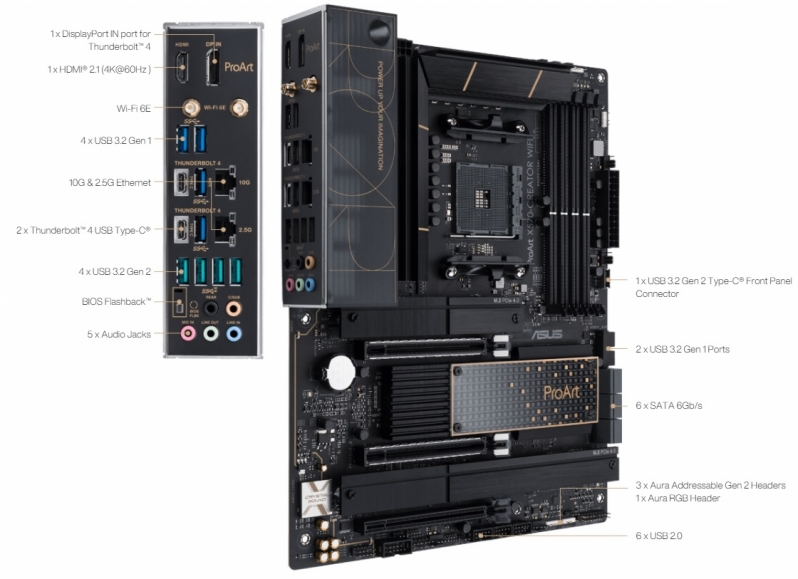 NeverBackDown
Damn that's one feature rich board that actually looks good. I bet that price won't look to good. Way out of my budget probablyQuote
Reply