Is Threadripper PRO shipping to a wider customer base?

AMD's WRX80 Threadripper PRO platform offers users up to 64 Zen 2 CPU cores, up to 128 PCIe lanes and support for eight-channel DDR4 memory. It's EPYC in a Threadripper package, combining the best aspects of both Threadripper and EPYC to deliver insane workstation performance.

Thanks to Videocardz, we have out the first image of ASUS' WRX80 PRO WS SAGE SE WIFI motherboard, a huge motherboard which can accommodate the full capabilities of AMD's top tier workstation platform. With this motherboard, AMD's Threadripper PRO platform can be delivered to a larger number of customers and be used to create custom workstations. 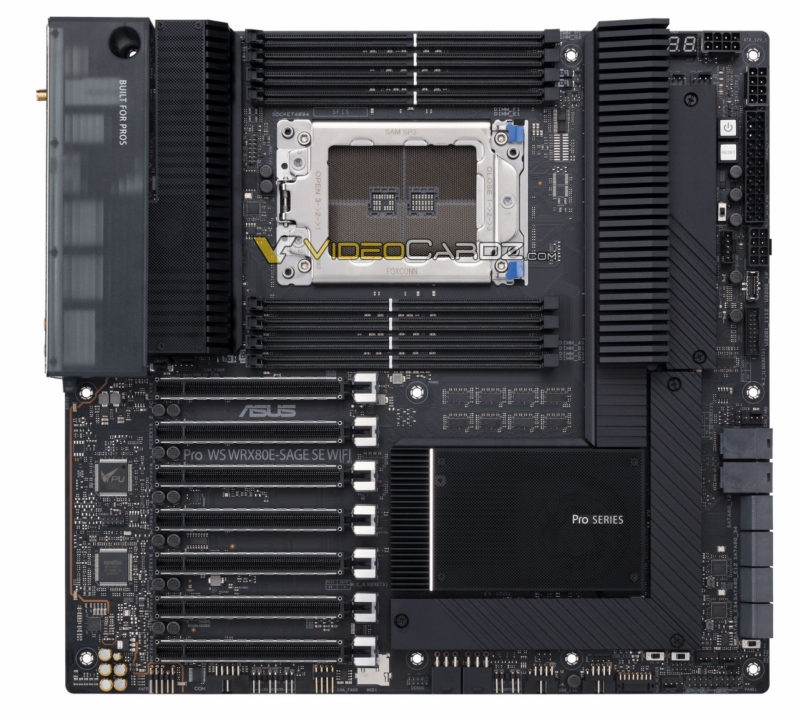 You can join the discussion on ASUS' WRX80 PRO WS SAGE Threadripper Pro motherboard on the OC3D Forums.