As more and more X99 motherboards continue to leak from ASUS, first with the X99 Deluxe and the Rampage V Extreme soon after. Now we have one of ASUS's more professionally oriented motherboard with the ASUS X99-E WS Workstation grade Motherboard.

With X99 being an entirely new platform, which will likely set some new performance heights for Intel, there quite a few people who are very likely going to be upgrading their workstations, the ASUS X99-E WS Workstation Motherboard is for this crowd. 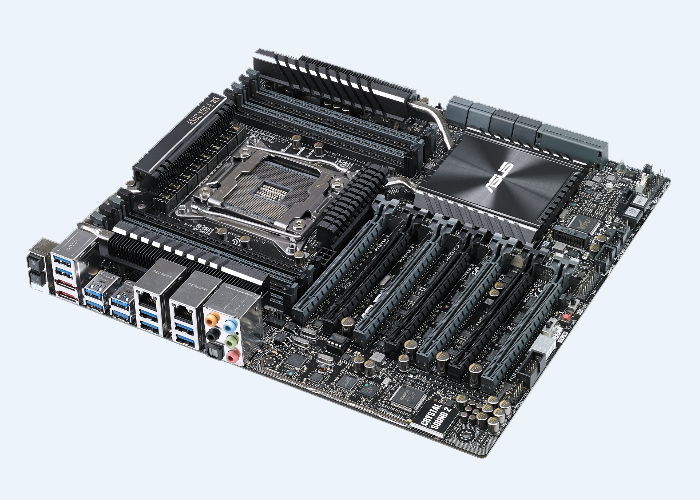 In terms of features, you off-coarse expected Haswell-E support, alongside Tonne of PCIe 3.0 slots, which includes support for 4-way CrossFireX or SLI. This board is specifically designed to support both Core i7 and Xeon E5 class chips thanks to being only a single socket workstation board. Because this is a workstation board, ASUS also talks about the boards overall power efficiency focusing on their high quality components like their 12k hour capacitors, ProCool power connector and thermal choke.

The Asus X99-E WS, like the Rampage V Extreme also has a host of connectivity options, including eight SATA 6.0 Gbps ports, 12 if you include the SATA ports on the dual SATA Express ports and plenty of USB 3.0 ports on the rear IO, all of which make it all the more attractive to a work user.

There are also dual Gigabit NICs, not to mention the standard audio connectors, eSATA and the other expected IO ports. You will get the full 8-slot DDR4 configuration.

While this board does not have the Visual Swagger of many of the other ASUS X99 boards, this one is definitely still a looker, just with a more relaxed, or tines down style. 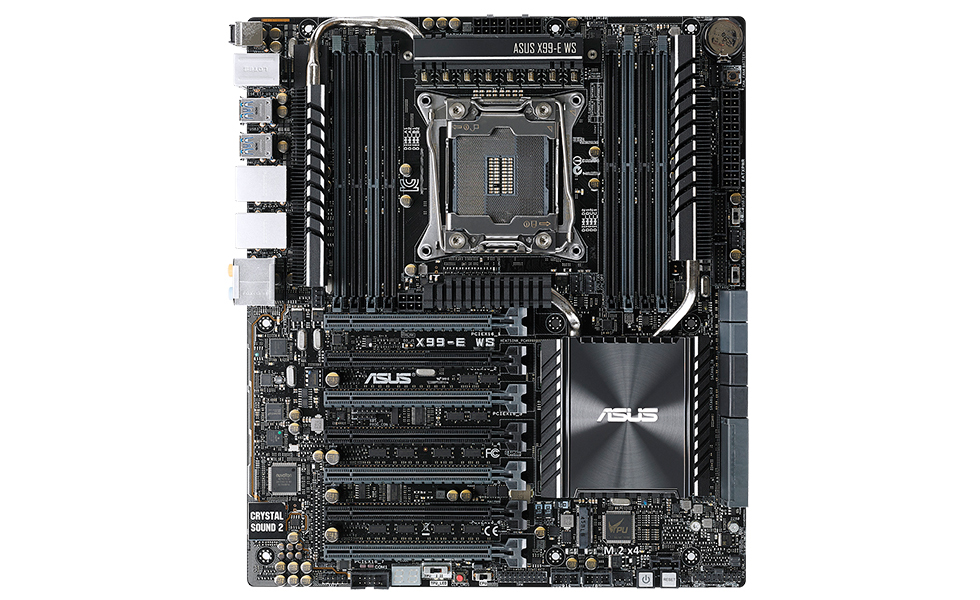 Join the discussion on the ASUS X99-E WS series motherboard on the OC3D Forums.

RisaFujiyama
This is the nicest grey board I have ever seen.Quote

They have ruined it!!!

Only usb3, why not include some usb2 ports on the back, i dont find that alle equipment work with usb3.

And why the hell boost the audio, who needs that on a WS card?