ASUS is ready for next-gen Intel

Intel's preparing to reveal its 11th Generation desktop CPU lineup at CES 2021, finally bringing its Rocket Lake architecture into the limelight after years of rumours and speculation.

While most 400-series motherboards will support Rocket Lake with the right BIOS updates, Intel's Z590 platform will be what delivers the architecture's full potential, with Videocardz reporting that Z590 will offer its users full PCIe 4.0 support and a "wider DMI channel" for CPU-to-chipset communications.

Thanks to @harukaze5719 on Twitter, we have images of ASUS' ROG Maximum XIII Extreme Glacial and Maximux XIII Hero motherboards, which will act as some of ASUS' highest-end Z590 offerings. Note that both of these motherboards use dual 8-pin CPU power connectors, which suggests that this motherboard can draw a lot of power for Rocket Lake overclocking. 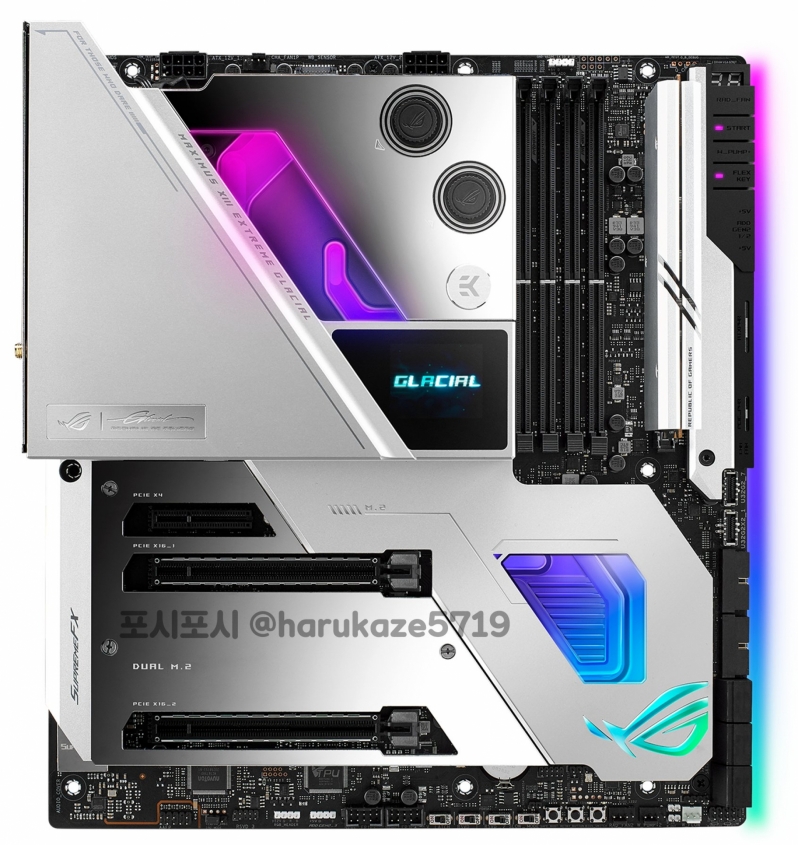 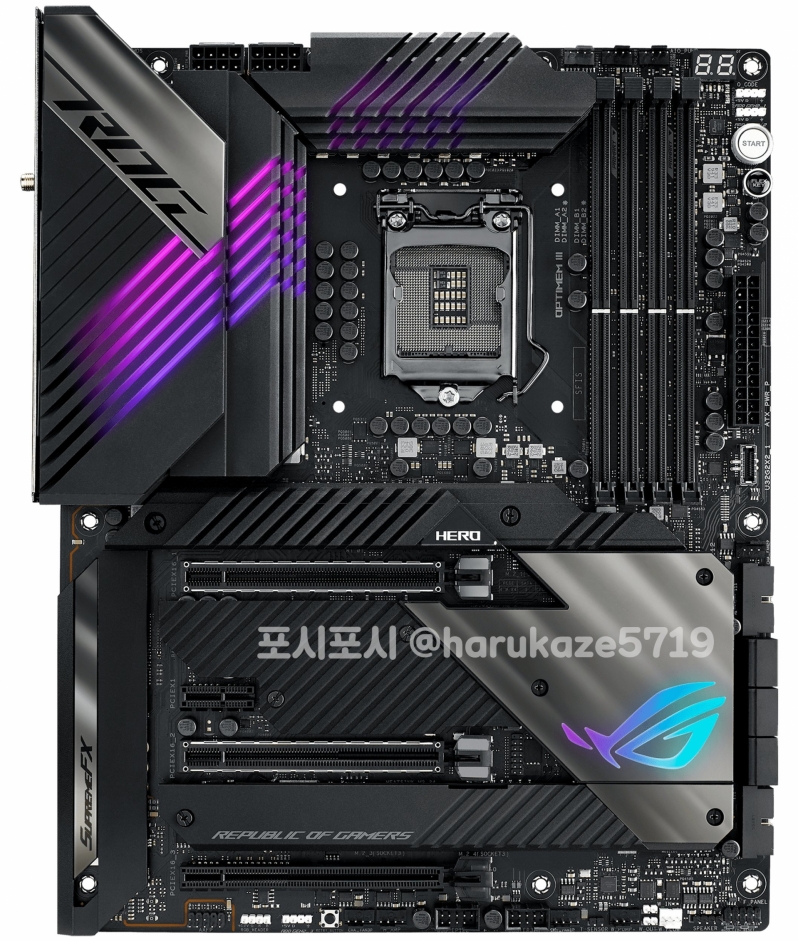 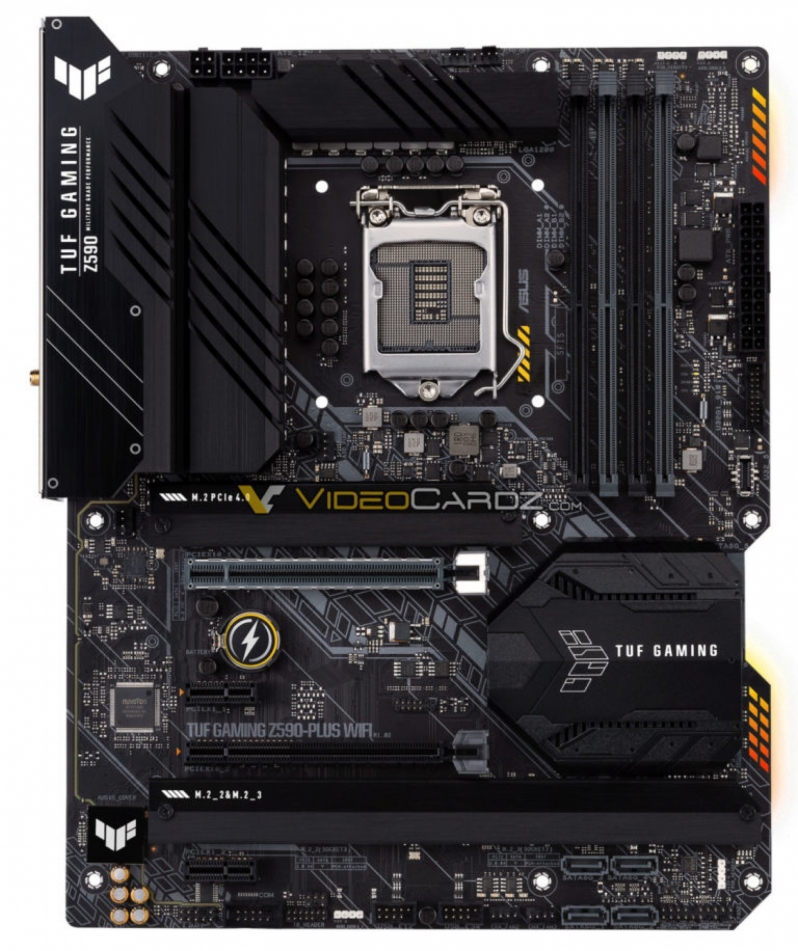 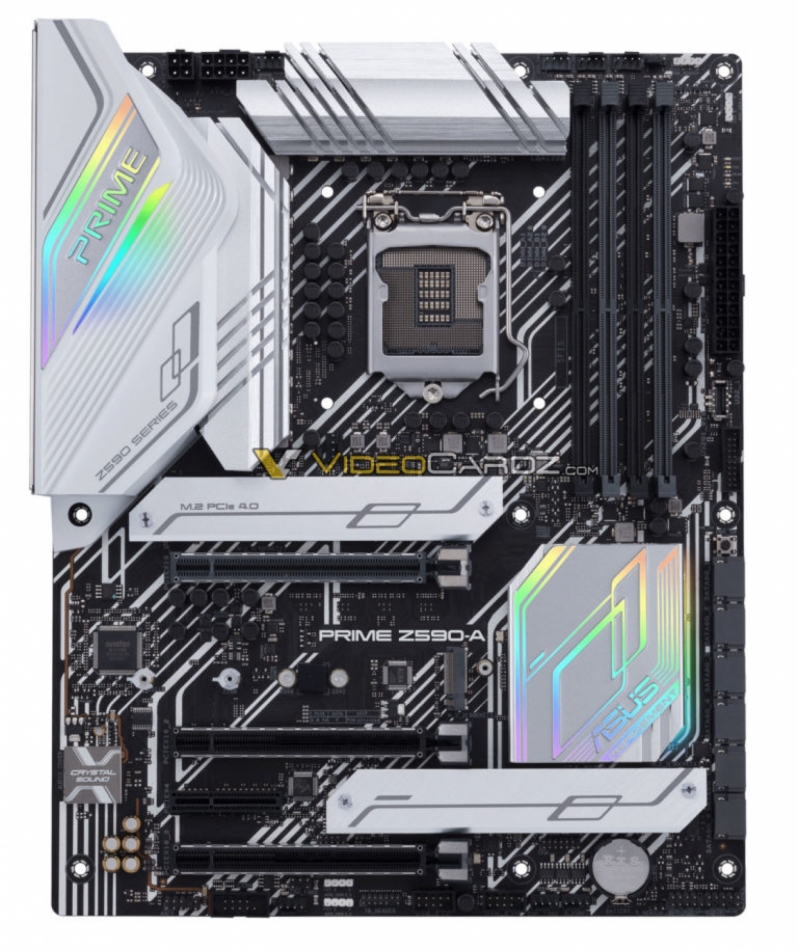 You can join the discussion on ASUS' Z590 motherboard lineup on the OC3D Forums.

Dawelio
Is it just me that is completely not interested in anything Intel related these days? Just feels like they are trying everything they can to be like "Hey! We're still here" when AMD has literally just dominated them out of their own space.Quote

Dicehunter
Quote:
I'm quite interested, If they can come out with something that beats AMD in gaming then AMD will have to up their game

Gambit2K
I don't see why anyone (unless the filthy rich

) would put down 500+ $ on a motherboard that will only support one generation of CPU's, where the maximum core count will be 8 cores

Or am I missing something? Buy the cheapest board with a good DRM, set the CPU to 5 GHz all core an forget it.Quote

Warchild
Quote:
Maybe because Core count still doesnt improve gaming experience as much as single core. With the exception of a few games. I have a 7700k with a mobo I paid £650 for. Its overclocked high enough that it still competes with the best processors available today. So the board does matter, if you dont win silicon lottery on the CPU.Quote
Reply