Some of ASUS' Z690 boards will support DDR4 memory

According to a filing with the Eurasian Economic Commission (EEC, via @Komachi), ASUS plans to ship many of its upcoming Intel Alder Lake Z690 motherboards with DDR4 and DDR5 memory options.

In recent months, hardware enthusiasts have been debating about Alder Lake's memory performance, with some speculating that DDR4 may offer gamers high framerates than DDR5 in some instances. Early DDR5 memory modules are expected to offer higher latencies than high-spec DDR4 memory modules, which could give DDR4 users a performance advantage when gaming on Intel's Alder Lake series processors. This hypothesis requires dedicated testing when Alder Lake launches.

Some motherboards will reportedly ship with both DDR5 and DDR4 based memory options, such as ASUS' Prime Z690A/Prime Z690-A D4, Prime Z690-P/Prime Z690-P D4, and Prime Z690-V/Prime Z690-V D4. Let's hope that consumers/retailers don't mix up these motherboard designs during purchasing/shipping and buy/ship the wrong memory for their motherboards. There is a lot of potential for confusion here, and it's all Intel's fault for not committing to a single memory type with Alder Lake. 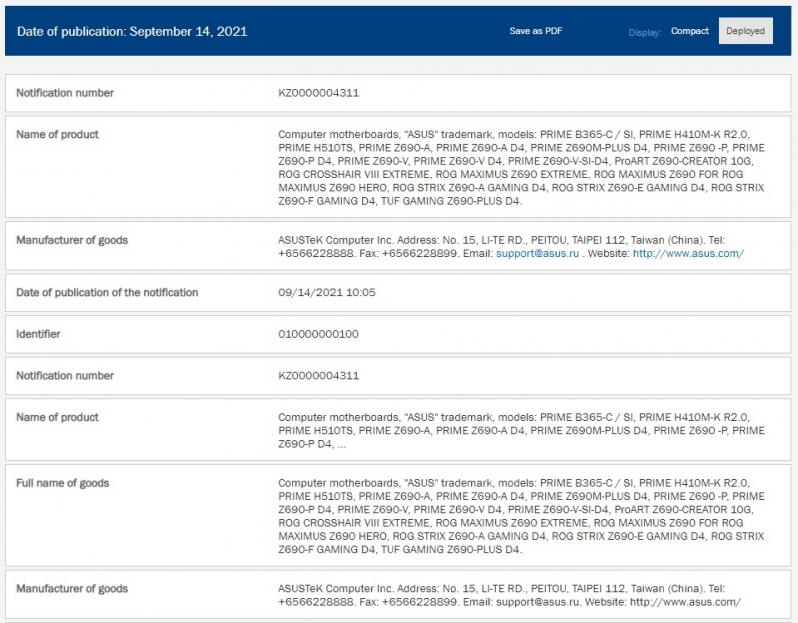 You can join the discussion on ASUS' leaked Z690 motherboard lineup on the OC3D Forums.

Warchild
Rumour here is Maximus boards will be DDR5 only