Cheaper Ryzen 7000 series motherboards are now available, but B650 isn't much cheaper than X670

Starting today, B650 motherboards are now available to purchase, giving PC builders a more affordable alternative to AMD's X670 based AM5 motherboards. B650 is AMD's second AM5 CPU chipset, offering PC builders many of the same features as X670 but at a lower overall price point. That said, B650 is not as affordable as many consumers will expect.

At the time of writing, the cheapest AMD B650 motherboard that we can find at a UK retailer is ASUS' Prime B650-PLUS motherboard, which is available for £209.99 from Scan UK. Yes, over £200 for BX50 series AMD motherboard. That's expensive, even if you account for inflation and today's weakened pound.

Between the price of B650 motherboards, DDR5 memory, and Ryzen 7000 series processors, AMD will have a tough time pushing their new Zen 4 processors AND AM5 CPU platform as a high value product line, at least for more budget conscious PC users. Let's hope that DDR5 pricing lowers soon, as that would significantly lower the costs of AMD's AM5 platform. 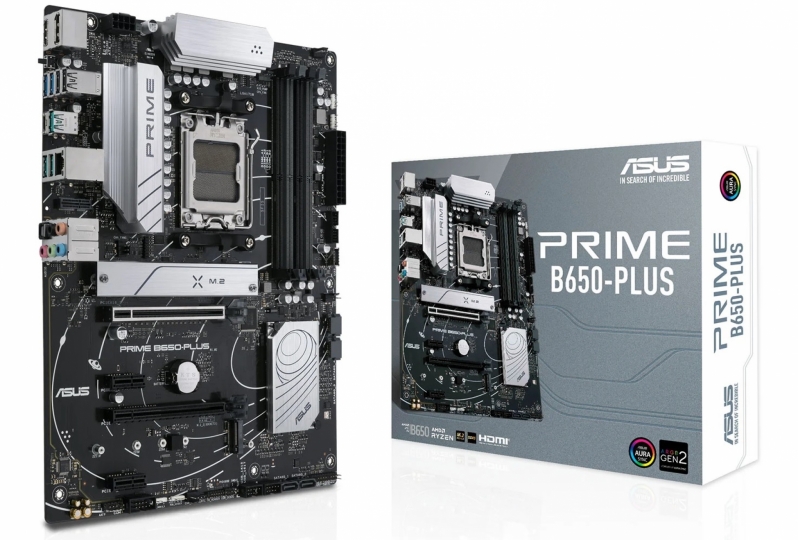 I'll be honest, I hoped that we would see B650 AM5 motherboards that were priced below £200. For now, this is not the case, but in time motherboard costs may lower.

For now, buying into AMD's AM5 platform will be an expensive process, with their cheapest AM5 processor costing over £300, DDR5 pricing remaining high, and even their cheapest Am5 motherboards being £200+. If you want to upgrade and can't afford these costs, you will likely need to upgrade just your processor, or look at a more affordable motherboard platform that still uses DDR4 memory.

You can join the discussion on AMD's B650 motherboard prices on the OC3D Forums.

AlienALX
lmao. What a total bust.Quote

Peace Đ
Still a lot of money, but as der8auer said, there's no real reason to b uy X670.Quote

Greenback
looking at those prices, after my current system is no longer up to gaming I may have to become a console gamerQuote

VladyCzech
Quote:
Console is much better investment today than gaming PC's IMHO. I buy, play and sell Bluray PS5 games, as I never replay games I finished. Good economy (yours, not Sony).

There is no point in building gaming PC with latest PC parts. But if you really need gaming PC for whatever reason, just use last gen parts with last gen RTX/RADEON for much better price and you are good to go for years to come.Quote

Gothmoth
well i am curious about AMD/INTEL/NVIDIA next quarter numbers.


with these prices they ask i see not many people buying...Quote
Reply