Biostar is ready for next-generation Intel

As part of a recent banner ad from Biostar, the company has confirmed that their Z490 series motherboards will support Intel's 11th Generation processors, the company's next-generation of LGA 1200 processors. This ad came to light thanks to @momomo_us on Twitter.

On Biostar's website, the company has also confirmed their plans to support both 10th generation and 11th generation Intel Core processors on their Z490 motherboard lineup, reconfirming that their existing motherboards will support Intel's next-generation Rocket Lake processors.

Rocket Lake is due to deliver Intel a significant leap in single-threaded CPU performance, a factor which may regain Intel the performance crown in gaming workloads. That said, Rocket Lake is due to max out with eight cores and sixteen threads, offering consumers a lower maximum core/thread count than today's 10th generation Comet Lake flagship, the i9-10900K.

In some workloads, Intel's Comet Lake flagship could outperform their Rocket Lake successor, which leaves Intel in an embarrassing position. Furthermore, AMD's ability to deliver 16-core processors on their consumer-grade AM4 socket should also be hugely concerning to Intel. Even so, if Intel can offer the most single-threaded performance, there will be workloads where Intel offers the best performing processor, which is enough to secure the company sales. 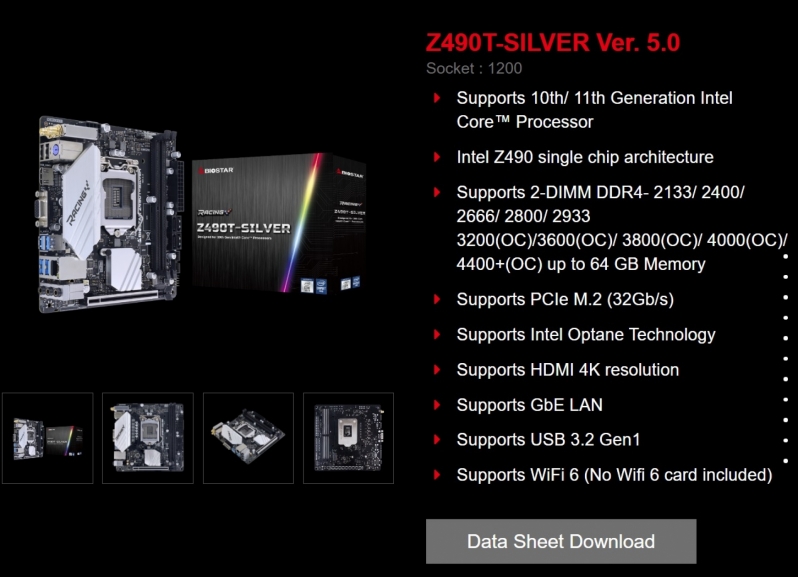 You can join the discussion on Biostar's plans to support Intel's 11th Generation Core processors on their Z490 motherboards on the OC3D Forums.