Biostar accidentally leaks Z390 in their B360 manuals

Ever since Coffee Lake was first rumoured, Intel was expected to create a premium Z390 series socket which would sit above their existing Z370 models, delivering users additional features alongside support for long rumoured 8-core desktop CPUs.

The release of Coffee Lake was allegedly brought forward after the launch of Ryzen, forcing Intel to adapt existing chipsets for use with the platform. This accelerated launch is why Intel's Z370 motherboards are so similar to their Z270 counterparts. Intel's new chipsets were not ready for Coffee Lake, forcing the release of Intel's lower-end chipsets to be delayed into 2018, with Intel's high-end overclocking chipset being renamed to Z390.

Intel's new H370, Q370 and B360 motherboards integrate USB 3.1, ac-WLAN and other features into the chipset, cutting down on the number of 3rd party chips that motherboard makers require.

Biostar has confirmed that they have Z390 chipset motherboards in the works (via PCGamesHardware), releasing a combined Z390GT3/B360GT3S manual, providing official documentation for Intel's long rumoured high-end overclocking chipset.

Below is a motherboard layout diagram for Biostar's upcoming Z390 GT3 motherboard, which will use Intel's LGA 1151 socket and offers support for 8th Generation i7, i5, i3, Pentium and Celeron series processors with a maximum TDP of 95W. 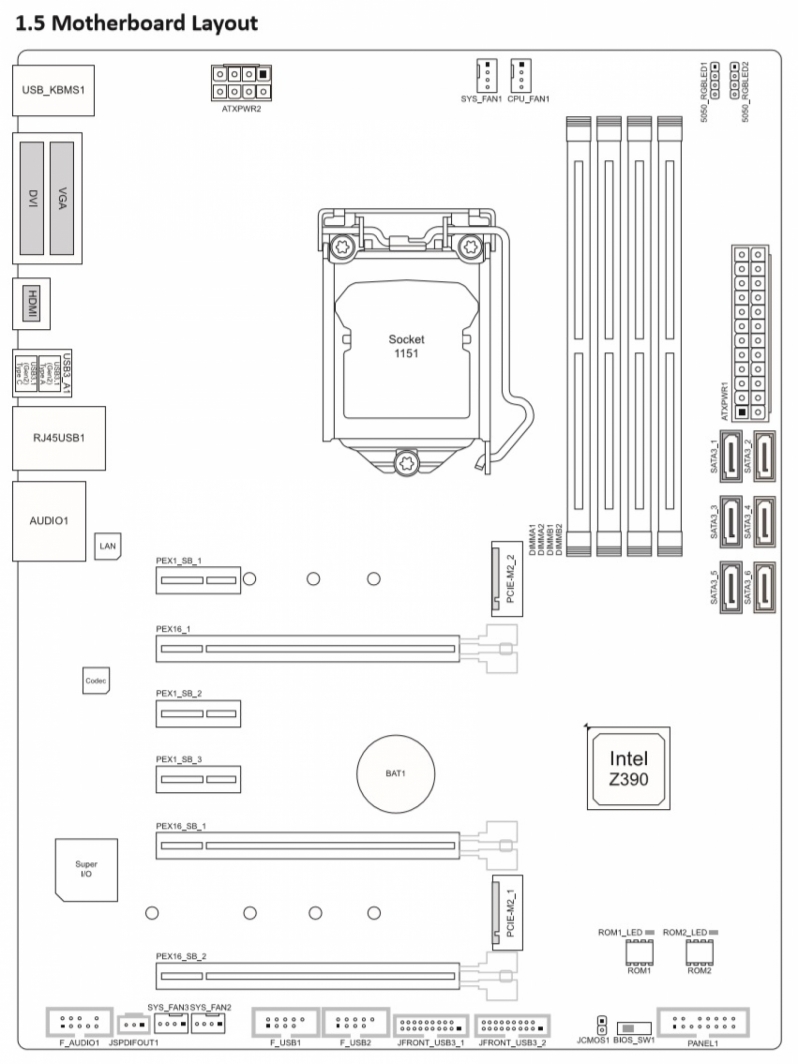 Intel has been rumoured to be working on 8-core desktop-grade Coffee Lake CPUs for quite some time, with Z390 acting as the perfect launch partner for the company's latest high-end offerings. These 8-core CPUs seem like a response to AMD's Zen architecture, which offers up to 8-cores on the company's mainstream AM4 socket.

The leap to 8-core CPUs on LGA 1151 will allow Intel to take advantage of their single-threaded advantages over Zen while equalising their mainstream core counts with AMD. With this move, Intel hopes to cement their position at the top of the CPU market.

You can join the discussion on Biostar's confirmation that Intel's Z390 chipset exists on the OC3D Forums.
«Prev 1 Next»

AlienALX
We've known about 390 for ages. It was listed a while back, and should launch around September but may be pushed forward depending on AMD.

This is the problem with launching boards that only support the max cores of the existing CPUs. I am sure Intel will continue to do this too, it's their form.Quote
Reply