BIOSTAR have now launched their first two ITX AM4 motherboards, both of which feature overclocking support with AMD's B350 and X370 chipsets.
These two motherboards will be part of BIOSTAR's Racing series and support 5050 RGB LEDs, USB 3.1 Gen-2, M.2 NVMe storage devices and up to four SATA III connections. BIOSTAR also states that both of these motherboards will support up to 3200MHz memory, which means that neither of these motherboards are limited on the memory front.
BIOSTAR's Racing X370GTN will have an MSRP of $129 in the US, with the B350GTN coming with an MSRP of $109. 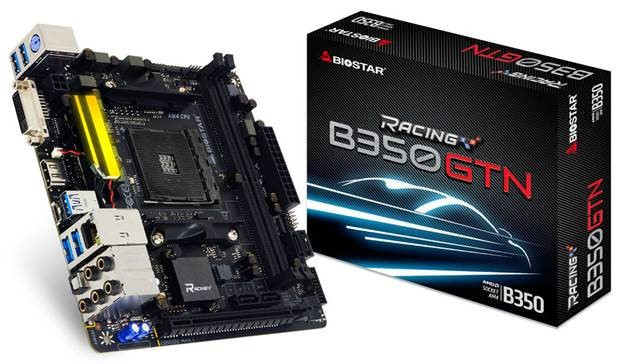 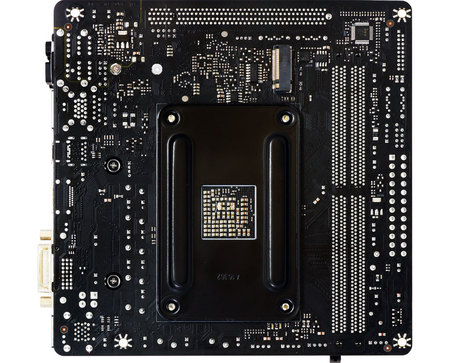 These two motherboards will support AMD's entire Ryzen lineup, including AMD's 8-core R7 1800X. This motherboard even supports overclocking these CPUs, though at this time it is unknown if this motherboard's compact design will limit the overclocking potential of Ryzen 7 CPUs.

You can join the discussion on BIOSTAR's two new ITX AM4 motherboards on the OC3D Forums.

g0ggles1994
It'd be nice to see Gigabyte launch or unveil their AM4 ITX board sometime soon. Although I'd expect it to launch in line with Ryzen 3Quote

NeverBackDown
Can't wait for more itx boards! That's the only way I'd get itQuote

Daiyus
Awesome. Can't wait to see more of these AM4 mITX boards come to market.Quote

AngryGoldfish
Yes! We need more ITX and mATX boards. If you want a nice micro system Intel is the only way to go at the moment.Quote

sixdean
Ive been waiting on itx boards for months, i intended to build ITX system on ryzen launch and i thought manufacturers had plenty of time to be ready but oh no, months later still no itx...Quote
Reply