CPU-Z needed to support Intel's Z6XX motherboard platforms, hybrid x86 CPU architecture, DDR5 memory, XMP 3.0 and more to support Intel's Alder Lake platform. The UI of the program also needed to be updated to display the cores/thread counts of processors using multiple CPU core designs. This will allow Alder Lake users to see how many Performance Cores and Efficient Cores are present within their processor, something that wouldn't be possible with older versions of CPU-Z.

Listed within the release notes of CPU-Z 1.97 are Intel's Alder Lake Core i9-12900K, Core i7-12700K, and Core i5-12600K. These three processors will likely launch later this year with the release of Intel's Z6XX motherboard platform. 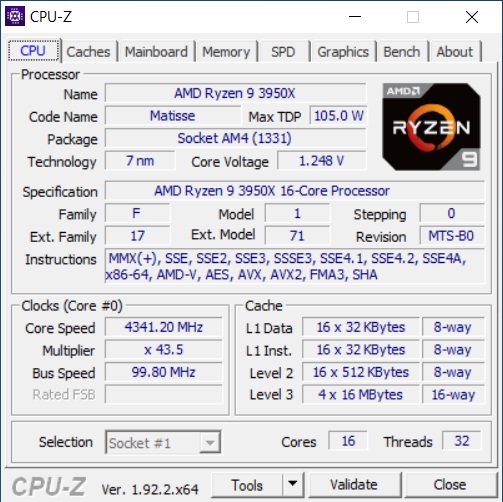 You can join the discussion on CPU-Z being updated for Alder Lake, DDR5 and hybrid x86 on the OC3D Forums.