DDR5's going to be extremely expensive at launch - MSI admits

DDR5 memory is going to be expensive, and that's why Alder Lake supports DDR4

Intel's 12th Generation Core CPUs are due to launch very soon, and with this will come a next-generation CPU platform and multiple new technologies for the PC marketplace. These technologies include DDR5 memory, PCIe 5.0 connectivity, and more widespread adoption for standards like Thunderbolt 4 and WIFI 6E.

DDR5 memory support is a major feature of Intel's Alder Lake processors, offering PC users significantly more bandwidth than DDR4 memory modules. Beyond that, DDR5 is due to be more power-efficient and overclockable thanks to changes within JEDEC's DDR memory standards.

In a recent blog post, MSI has confirmed something that we have long expected. At launch, MSI expects DDR5 memory to have a "50-60% price premium" over DDR4 memory. Furthermore, MSI doesn't expect DDR5 pricing to reach parity with DDR4 for "around two years". Below is what MSI had to say about DDR5's pricing.

Historically, newer memory technology has always commanded close to a 30-40% premium over the previous generation. However, this time, DDR5 includes additional components that have driven the costs up further. As a result, we expect a 50-60% price premium compared to DDR4 at launch.

It typically takes around 2 years to reach price parity with previous generations, and we expect trends to remain similar with DDR5 modules as well.

Intel's 12th generation Alder Lake processors support both DDR4 and DDR5 memory, allowing PC builders to pair their processors with either memory type depending on the specifications of their chosen motherboard. Lower-end Alder Lake motherboards will support DDR4 memory, while their higher-ned counterparts will support DDR5. Beyond that, many models will have DDR4 and DDR5 supporting variants.

DDR4 and DDR5 memory are not pin-compatible, which means that DDR5 slots cannot accept DDR4 memory, and vice versa. This means that Alder Lake buyers will need to ensure that their chosen motherboard supports their memory modules.

The benefit of this design decision from Intel is that their OEM partners, customers, and clients can avoid the premium pricing of DDR5 memory should they wish to. That said, supporting both memory types forces Intel to dedicate die space to both memory standards, adding to Alder Lake's transistor count. This makes Alder Lake more expensive than it could have been, as more resources needed to be spent by Intel to support both memory types. 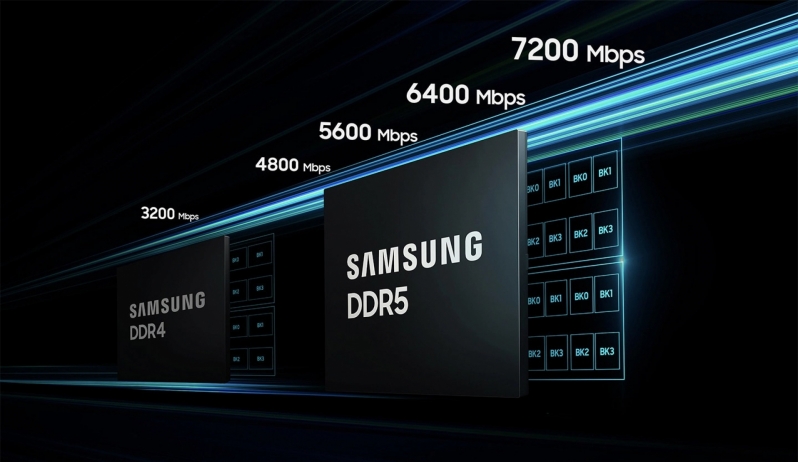 There's more to DDR5 than a simple clock speed boost

If there is one thing that DDR5 memory offers, it's bandwidth. DDR5 memory doesn't just provide consumers with higher clock speeds than DDR4 memory; DDR5 also delivers more bandwidth per clock cycle/data transfer. When running at the same 3200MT/s  speeds as DDR4 memory, DDR5 can offer users a 36% boost in usable bandwidth. Combine that with DDR5's higher megatransfers per second (MT/s) rates, and DDR5 can deliver incredible boosts in available bandwidth to supported systems.

Other benefits of DDR5 include its dual-channel DIMM architecture, longer burst length, a larger prefetch (16n vs 8n), and new features like Same Bank Refresh.

For gaming workloads, memory latencies are often more important than memory bandwidth. This means that memory with tighter timings is often more desirable than memory modules that offer more bandwidth.

One of DDR5's main draws is its incredible bandwidth potential, but early DDR5 modules are expected to offer poor timings when compared to gaming-optimised DDR4 memory modules.

G.Skill has revealed some of the fastest DDR5 kits that will be available this year, revealing Trident Z5 DDR5 modules that offer 6400 MT/s speeds and CL36-36-36-76 timings. In theory, DDR4 memory modules are available with lower latencies, making high-end DDR4 modules a more optimal solution for latency-sensitive workloads. That said, it remains to be seen how DDR5 will perform in this regard, as memory latencies can also be defined by the performance of on-CPU memory controllers and other factors. DDR5's other upgrades could also prove to be useful to gamers.

As it stands, today's games should not benefit from the bandwidth upgrades offered by DDR5 memory modules. That said, this bandwidth could be beneficial to those who use integrated graphics solutions. DDR5's benefits will be a mixed bag for gamers, especially during the early days of the DDR5 standard.

So will DDR5 be worth it for Alder Lake? I guess we will have to wait and see.

You can join the discussion on DDR5's early pricing on the OC3D Forums. 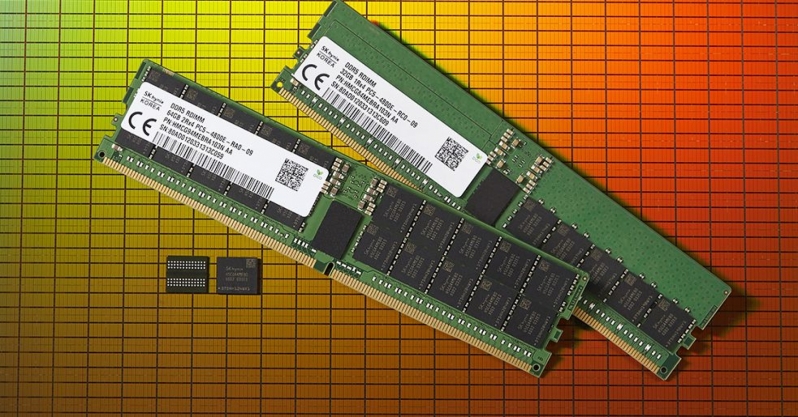 Dark NighT
Expect the sun to be hot!Quote
Reply