CPU delidding is not a new process, acting as a method by which PC performance enthusiasts can improve the cooling performance of their processor by replacing the CPU's thermal paste with a superior thermal compound.

With the release of Intel's insane Xeon W-3175X, an overclockable 28-core processor, the company disappointed many enthusiasts by shipping the CPU without using a soldered thermal interface. While this decision makes sense from Intel's side, given the low volume nature of the processor and the fact that a polymer-based TIM (Thermal Interface Material) is used with other LGA 3647 Xeon processors, enthusiasts were rightly concerned that Intel's polymer TIM would limit the overclockability of their latest Xeon processor.

So how do we improve the Xeon W-3175X's thermal performance? Simple, we replace the TIM, right? Yes, but it must be remembered that delidding is a dangerous process as if things go wrong it could result in a dead processor, making your $2999 processor little more than a paperweight. This is where der8auer's Delid-Die-Mate WS 3647 comes into play.

der8auer is a world-renowned overclocker who is perhaps the most experienced CPU delidder on the planet, having created delidding tools for processors that range from Intel's Ivy-Bridge desktop products all the way to Intel's latest products, which now include the $2999 Xeon W-3175X.

With a price tag of €89.90 at Caseking, der8auer's tool is a must-have product for LGA 3647 Xeon delidding, though it is worth noting that using a Delid-Die-Mate will not protect your processor's warranty of guarantee delidding success. That said, this tool is designed for delidding LGA 3647 processors and is much safer than the traditional razor blade and vice methods that were once popular amongst delidders. 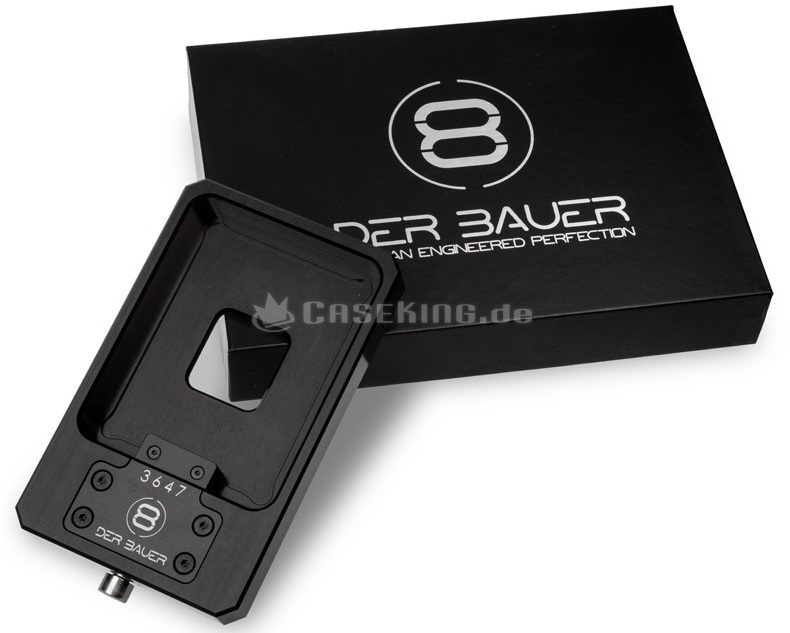 This product is for an incredibly niche market, supporting only Intel's LGA 3647 processors while only being useful for Intel's Xeon W-3175X, the only overclockable Xeon within the company's current CPU lineup.

You can join the discussion on der8auer's Delid-Die-Mate WS 3647 for Intel's Xeon W-3175X processor on the OC3D Forums.

i need all the power i can and the apps i use can make use of 64 and more cores.... but stability is more important.Quote

WYP
Quote:
You'd be surprised. There are some niche markets that want as many cores as they can at the highest speeds possible. Financial institutions love high clocked Xeons for some of their workloads. This is basically the reason why Intel has that auction only 14-core Skylake.Quote
Reply