What do you think of Intel's X299 CPU design?

The overclocking guru Der8auer has managed to get his hands on some early samples of Intel's upcoming 12-18 core i9 Skylake-X series CPUs and test them on his Delid-Die-Mate-X delidding tool, confirming that his tool remains functional on Intel's latest X299 series CPUs.

As you can see in the image below, the die size of this particular CPU is much larger than Intel's existing 10-core or lower X299 CPUs (pictured above) and appears to have been undamaged by the delidding process. While Der8auer has not officially confirmed this, the CPU appears to be unsoldered, given the ultra-smooth appearance of the CPU die and the fact that Der8auer recommends delidding in the first place.

It is expected that Der8auer will release a video detailing the delidding process soon, given his intention to release his Delid-Die-Mate-X onto the consumer market. We will update this article as more information becomes available. 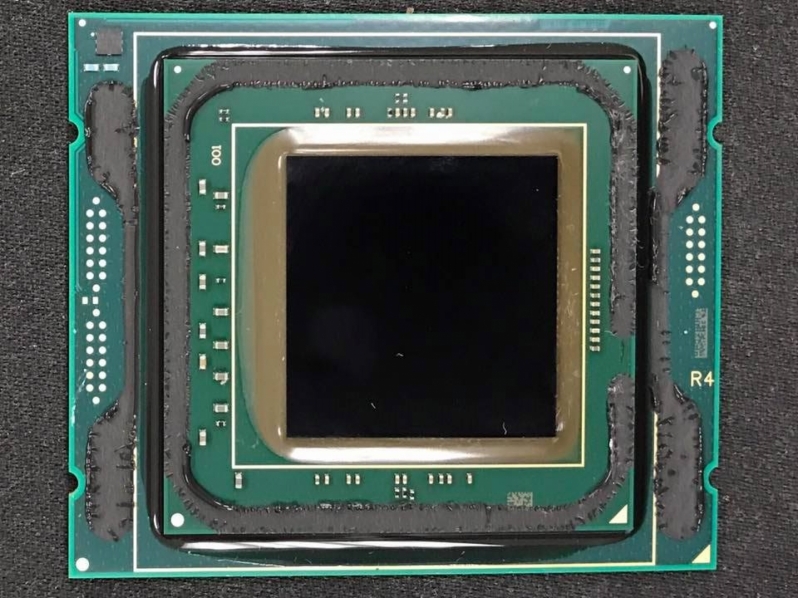 You can join the discussion on Der8auer delidding Intel's latest Core i9 Skylake-X series CPUs on the OC3D Forums.

Dawelio
Quote:
Yeah, it's a joke that they still use toothpaste and not soldering. Way to go AMD for taking the lead in the industry with soldering ALL of your Ryzen CPUs.Quote

AngryGoldfish
There has to be a valid reason for them doing this. There just has to be.Quote

Dawelio
Quote:
Yeah, it's called "Intel in a nutshell", plain and simple

AlienALX
Quote:
Yup, it's called Twatism. There is absolutely no reason to do this because the Xeons are soldered. However, after much deliberation I think I have come to a conclusion. They do it to stop you overclocking as much. See, with the paste there you can only go so far. Heat will stop you overclocking the absolute balls off of the CPU and killing it. If you delid you void your warranty so they don't care about that.

When the 2500k came out it was soldered and Intel sold an overclocking warranty. Since they switched to paste they've stopped all of that. I can absolutely guarantee you they are doing this to reduce RMA.Quote
Reply