Will this enlarged L2 cache lead to stronger gaming performance?

Results for alleged AMD Raphael (Zen 4 Ryzen) desktop processors have appeared on on the [email protected] project website, revealing 8-core and 16-core processors. These CPUs are believed to be early Ryzen 7000 series CPUs, with news surrounding these processors came to light thanks to @BenchLeaks on Twitter.

While these early listing do not reveal the performance levels offered by AMD's Ryzen 5000 series processors, these processor listing appear to confirm that AMD's Zen 4 Ryzen 7000 processors feature 1024 KB of L2 cache per core, double that of the company's Zen 3 chips. This is a notable architectural improvement for AMD's Zen 4 CPU cores, as this allows more data to be kept on AMD's on-core caches, which are less latent than Zen's L3 cache and system memory.

Data on lower level caches to be retrieved faster than higher level caches or system memory, lowering the amount of time that a processor can be left idling. Having more L2 cache allows more data to be held on-core, allowing that data to be acted on without delay. Having a larger L2 cache can increase system performance by lowering a CPU's idle time, assuming that this enlarged cache's latency remains the same.

With their upcoming Ryzen 5800X3D processor, AMD is increasing the size of their processor's L3 cache to achieve similar performance goals. With a larger L3 cache, more data can be kept on-chip, and that data can then be fed to CPU cores faster, accelerating many workloads. This change reduces the amount of data that need to be retrieved from system memory, and accelerated gaming workloads by allowing data to be fed to CPU cores (and get worked on) faster. 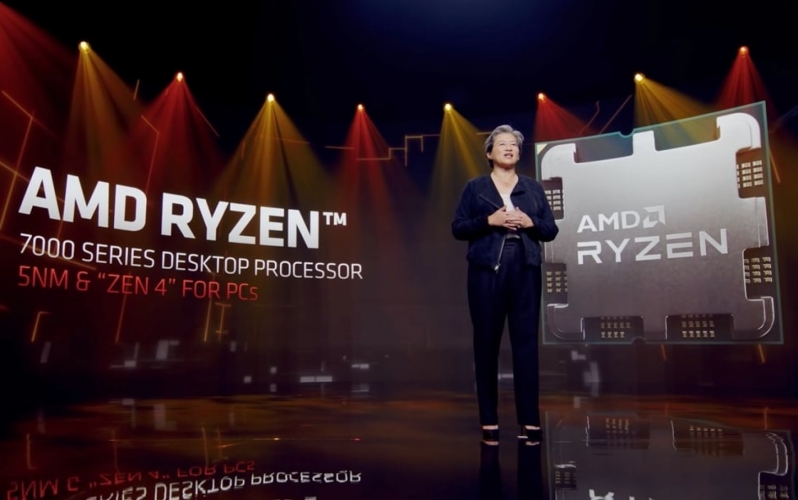 If Zen 4's increased L2 cache size leak is accurate, AMD's next-generation architecture aims to deliver increased performance by continuing to enhance the performance and size of Ryzen's cache structure. With a larger L2 cache, AMD should be able to reduce much of the idle time on their Zen cores and use that to increase their throughput. Assuming that Zen 4's L2 cache isn't more latent than Zen 3's (as larger caches can often come with larger latencies), this design enhancement will be hugely beneficial for Zen 4, though the impact of this change will be different on a case-by-case basis. 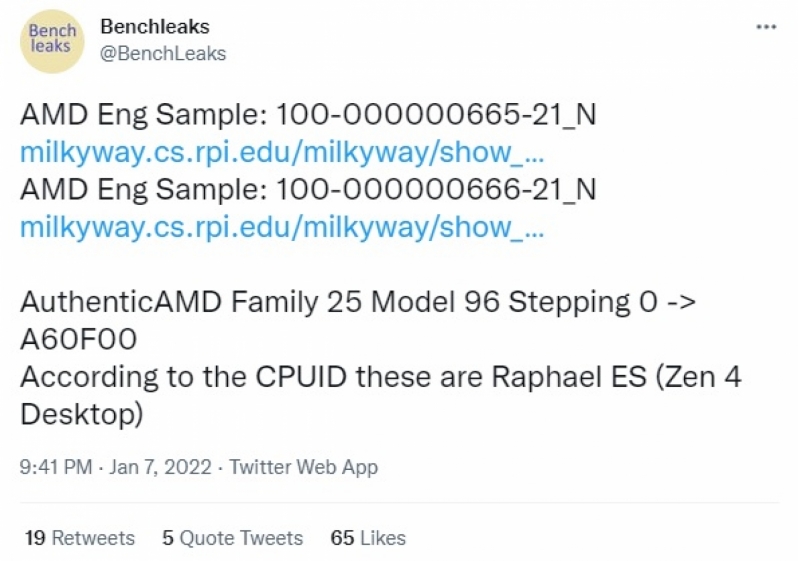 AMD has confirmed that their Ryzen 7000 series of processors will be launched in the second half of 2022, arriving with their AM5 platform. AM5 will use an LGA-1718 socket, support DDR5 memory and PCIe 5.0 connectivity. AMD also confirmed that all of the cores on their CES 2022 Ryzen 7000 demo system were running at 5 GHz, which means that AMD have significantly increased their CPU clock speeds with their Ryzen 7000 series processors.

AMD has not revealed any performance-related information for their Ryzen 7000 series processors. That said, AMD is expected to deliver major performance gains through their use of TSMC's 5nm process technology and their new Zen 4 core architecture.

You can join the discussion on AMD's Zen 4 CPU samples on the OC3D Forums.