This VRM setup can supply 60 amps!

AMD is aiming for the top with their Ryzen 3rd Generation processors, and that means that their board partners are excited to bring out motherboards which are capable of utilising the company's latest technologies to their fullest.

With up to 12 cores to power and cool and PCIe 4.0 devices to manage, motherboard makers are going to have a difficult time designing and manufacturing their latest designs. ASUS, when creating their high-end ROG Crosshair VIII Formula motherboard has decided to partner with EK, a world-class water cooling manufacturer to develop a hybrid cooled X570 mainboard, which will be able to push AMD's 12-core Ryzen 9 3900X to its limits with a liquid cooled VRM setup.

The ROG Crosshair VIII Formula also ships with two PCIe 4.0 compatible M.2 slots, which are capable of driving PCIe 4.0 M.2 SSDs, which have already been shown to offer read speeds that can extend as high as 5GB/s. RAID two of these bad boys together and this motherboard could offer 10GB/s read speeds.

On top of the motherboard' I/O shield, ASUS are offering users a 1.3-inch LiveDash OLED screen which can be customised to showcase post codes, system temperatures or other important information, Beside this screen the first of the motherboard's two motherboard water cooling access points are visible, though it is worth noting that this motherboard does work when passively cooled.

For more traditional storage mediums, ASUS has given their Crosshair VIII Formula eight SATA ports, granting users access to obscene amounts of HDD or SSD storage (two SATA slots will be disabled when both M.2 slots are occupied). On the rear I/O of this motherboard, WIFI 6 support is also available alongside Intel Gigabit Ethernet and an Aquantia 5G ethernet controller. Yes, this board doesn't offer the full 10Gb experience, but it's more than enough to outspeed most consumer networking equipment.

The liquid-fueled centerpiece is the mighty CrossChill EK III water block, a product of our ongoing collaboration with the cooling masters at EK Water Blocks. The block is tapped for standard fittings to ease its installation into an existing loop, and it sits atop one of our biggest VRMs to date. The 16 PowIRstages are accompanied by MicroFine Alloy chokes, with each stage capable of delivering a whopping 60 amps. There’s more than enough power to take a CPU to its limits. The ProCool ATX and eight-pin power headers with solid-core pins and metal covers ensure the board and VRMs get stable, uninterrupted power. 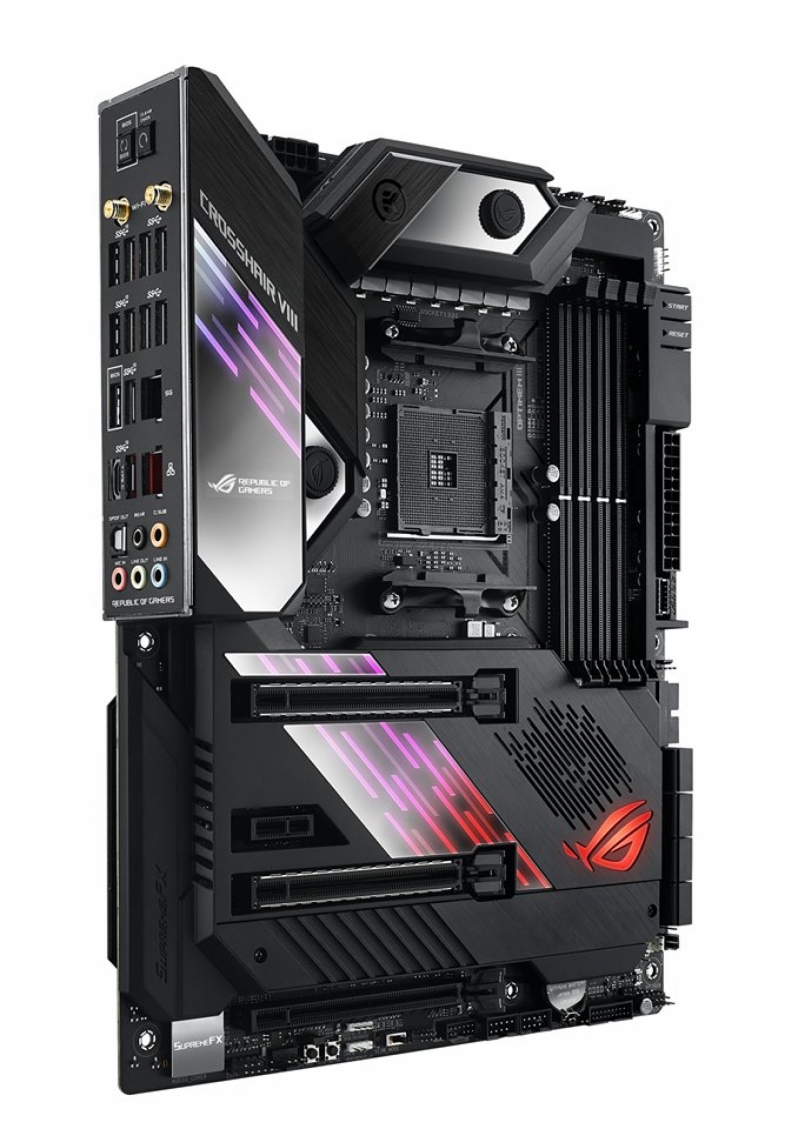 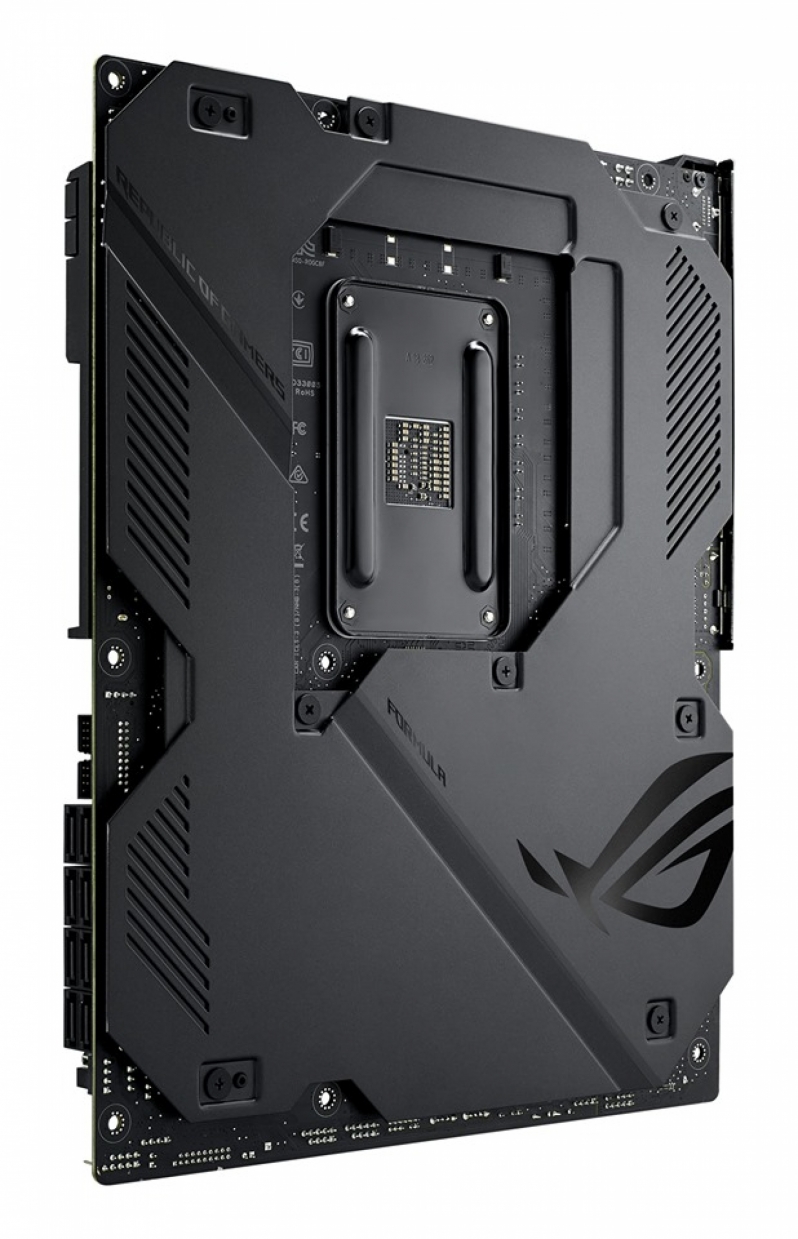 You can join the discussion on ASUS and EK teaming up to create their water coolable ROG Crosshair VIII Formula motherboard on the OC3D Forums.

Dawelio
Why only go with 5G ethernet controller, rather than full 10G? Also why place the OLED on top of the I/O shield? Once you put a rear fan in a case, half of it will be blocked off...Quote

NeverBackDown
Quote:
Really simple answers...
Because of cost. And because where else would you put that won't get blocked by something else? It will get covered the least on the IO shield.

Beautiful board Asus. Though not worth the insane cost it will inevitably cost.Quote

Dawelio
Quote:
Between the CPU socket and the PCI-E slot... Just like the Z390 Maximus Formula. Looks better overall in my opinion and better overall presentation.

NeverBackDown
Yeah look again and tell me it'll fit on the AMD board in that spot.Quote

Dawelio
Quote:
That doesnt mean it wouldnt have been impossible for them to design it that way though...Quote
Reply