European pricing for AMD's upcoming Ryzen 8-core CPUs has been leaked, with the lowest end model releasing at 389.95 Euro.
This new leak prices the 4GHz 8-core R7 1800X at €599.99, which includes tax, with the R7 1700X being priced at €469.99 and their R7 1700 being priced at €349, which is pricing that is highly competitive with Intel's current offerings.  Right now Intel's 8-core 16-thread i7 6900K costs €1109 and their 4-core 8-thread i7 7700K costs €360 in the EU.
Right now the pricing for AMD's lower-end Ryzen CPUs are unknown, but if these prices turn out to be true it is expected that AMD's new CPU will offer a much greater price/performance ratio than Intel's current offerings.

One thing that also must be remembered is that all of AMD's Ryzen SKUs are overclockable, giving enthusiasts a great opportunity to achieve great performance/$ out of their Ryzen CPUs, especially when using lower-end CPUs.

These priced will likely force Intel to reconsider the pricing of their Kaby Lake CPU lineup, as it seems like AMD will greatly upset the status-Quo. 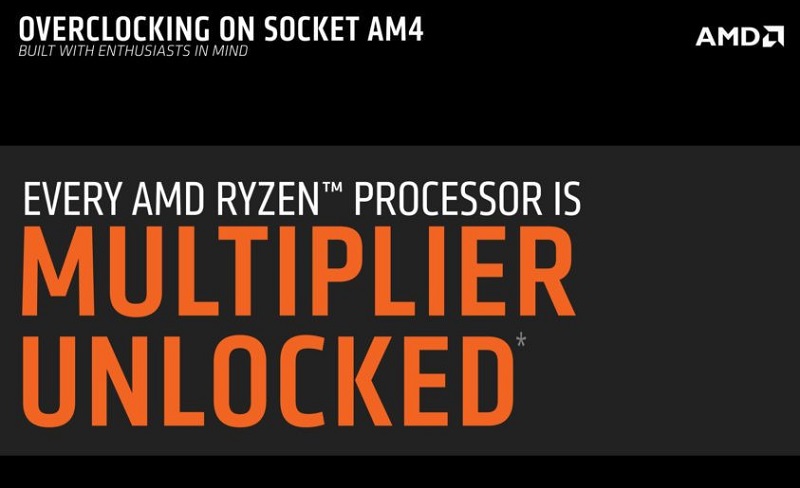 AMD R7 series CPUs are listed as having 8-cores and 16, threads, with R5 CPUs having either four or six-core configurations with SMT enabled. AMD's lower end R3 series CPUs will have 4 cores and 4 threads (SMT disabled).

During their Q4 earnings call, AMD has confirmed that their new Ryzen CPUs and AM4 series motherboards will be launching in early March, which means that we should be learning more about AMD's new Ryzen series CPUs soon.
You can join the discussion on AMD's Ryzen CPUs prices on the OC3D Forums.
«Prev 1 2 Next»

Daiyus
If this is true I'm going to be very excited. I'd like to get a six-core RyZen CPU and an X300 mITX AM4 board for ~£350. I really hope ASUS do an X300 version of the Z270i Strix that'll sit in that price-range.Quote

Damien c
Well if these prices are accurate then you are looking at around £550 to £650 by the time the retailers have added there chunk on to it for the top of the line cpu.

That doesn't however take in to account if there is anything else to add on such as VAT etc which just bumps up the price even more.

I really was hoping that the top end cpu was going to come in around the same price as a 7700K to really kick, Intel in the ass if they perform as well as claimed.

Going to keep an eye on the prices and performance but looking at it, it looks my plans for my tax rebate this year are still on for the Vive rather than thinking about a cpu swap.Quote
Reply