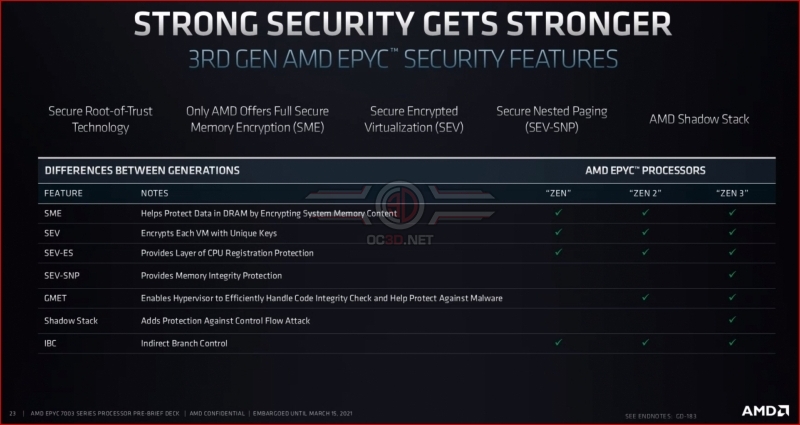 Another jab at Intel

The chart below highlights a lot of speculative execution attacks, most of which are not applicable to AMD's processors. This is yet another jab at Intel and the frequency of speculative execution attack discoveries for Intel-based CPU platforms. In this regard, AMD is painting a clear picture; that their processors are more secure than their rivals.

With their EPYC 7003 series, AMD's made their product line more versatile, as they know that their customers will want to do everything that they can to deliver more value within their systems. 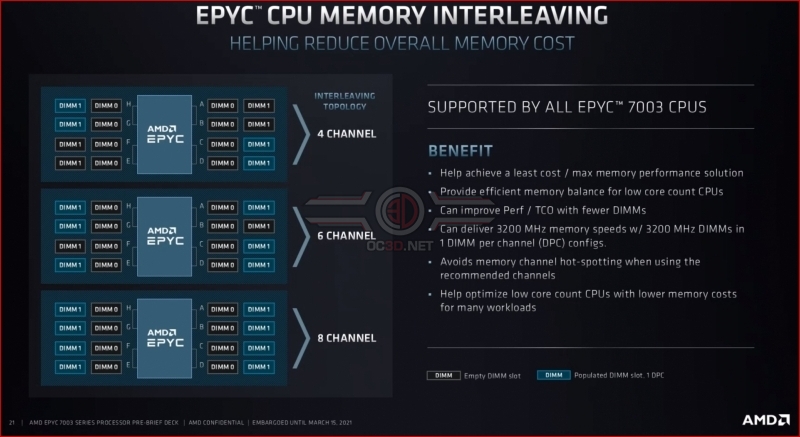 With their EPYC 7003 processors, AMD has also added some new ISA instructions to enhance the security and performance of their processors. These features enable a higher level of system optimisation for EPYC processors, which is good for AMD in the long-term. 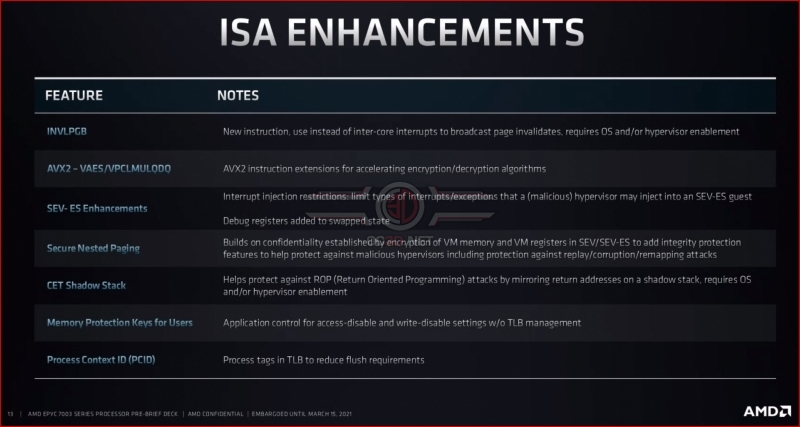 Users of  2nd generation EPYC servers will only need a BIOS update to support 3rd Generation EPYC processors, which will come as great news for customers who wish to upgrade to AMD's latest wares. 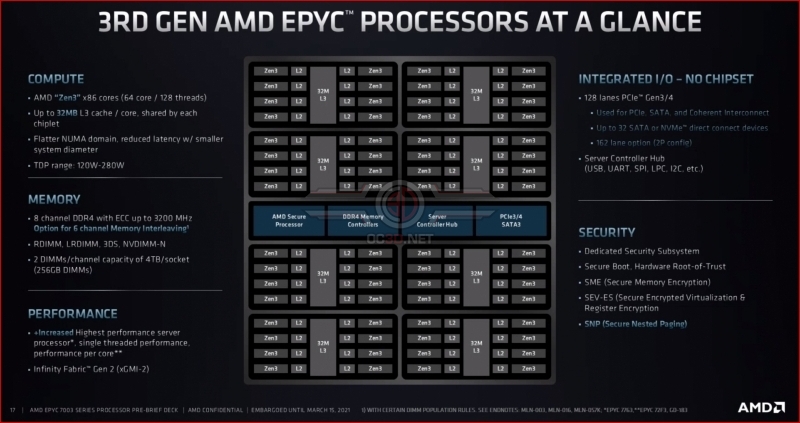