As we have said before, Intel's inability to execute has allowed AMD to build up a significant lead across a wide range of applications. Within Cascade Lake's lifespan, AMD has launched their 2nd Generation and 3rd Generation  EPYC processors.

With their Zen 2 (7002 series) EPYC processors, AMD already put up a good fight against Intel. With Zen 3, AMD makes a mockery of Intel's single-socket performance. Across Enterprise, Cloud and HPC workloads, AMD claims a 2X performance improvement with their top EPYC processor. 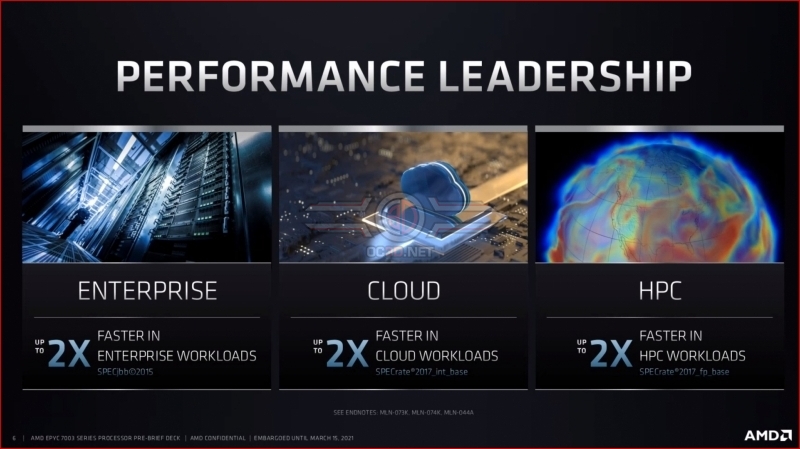 The Versatility of Zen 3 EPYC

AMD's lineup is also split into options that can vary when it comes to L3 cache per core and characteristics like CPU TDPs and clock speeds. 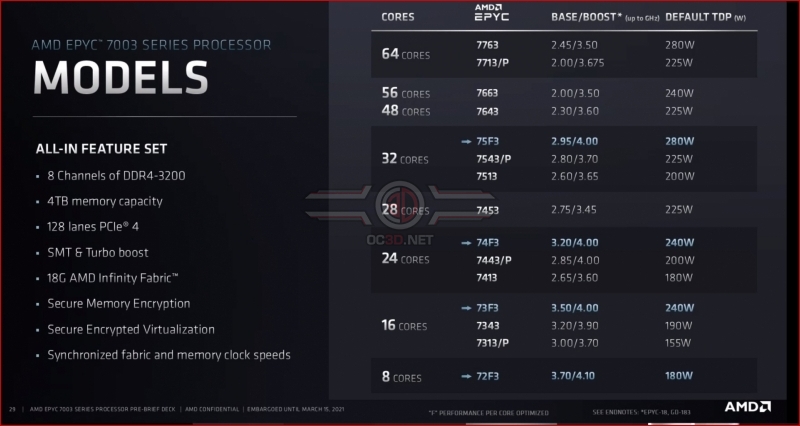 CPUs to suit any budget 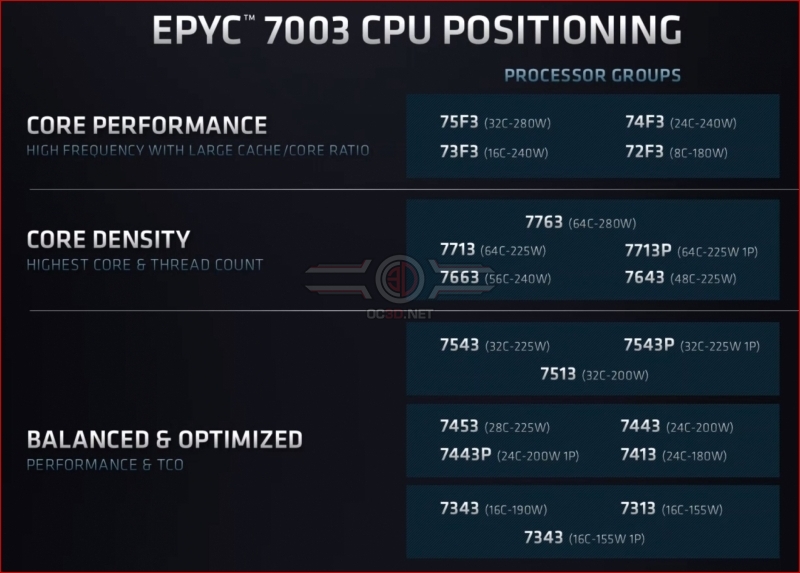 Compared to their last-generation counterparts, AMD's 3rd Generation EPYC processors deliver a significant performance improvement over their predecessors and their Intel-based rivals. This should help AMD to attract new customers, assuming that AMD has the manufacturing capacity to supply them. 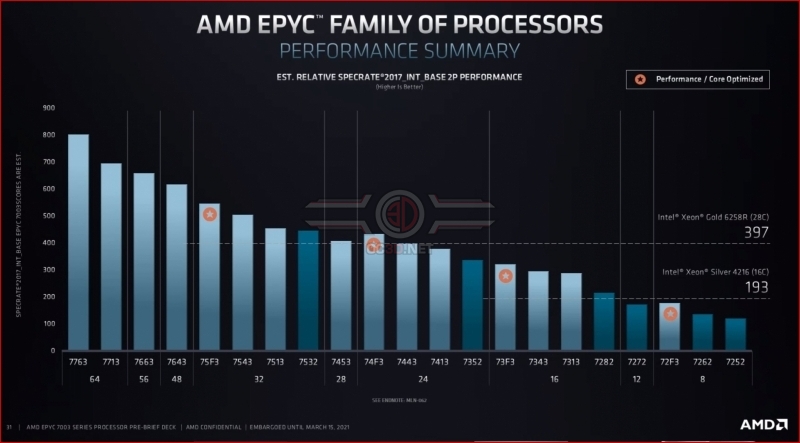 Below are some charts comparing Intel's current single socket XEON Scalable flagship with AMD's top-end 3rd Generation EPYC processor across HPC, Cloud and Enterprise workloads. AMD has claimed performance leadership in all areas, though it is worth remembering that AMD has supplied its own data. 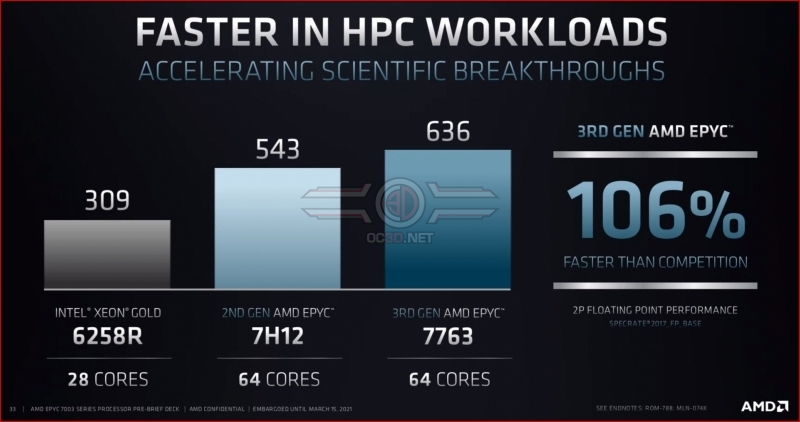 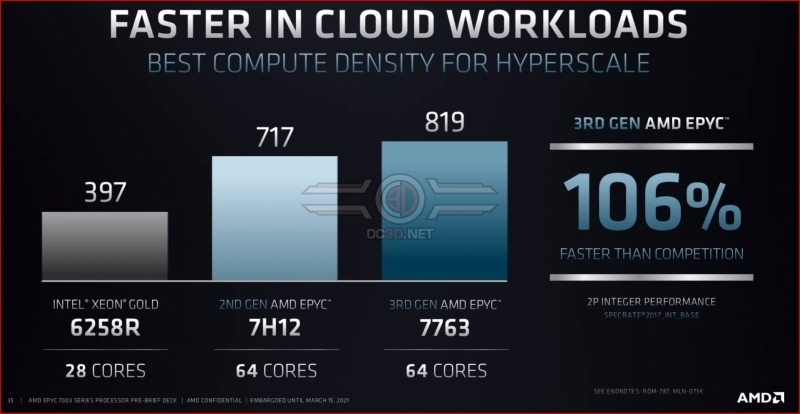 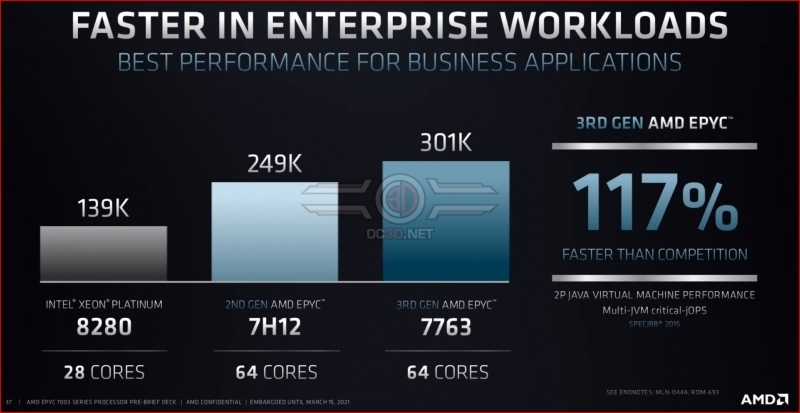 Below is a list of all of AMD's 3rd Generation EPYC SKUs, complete with US pricing and cache configuration data. 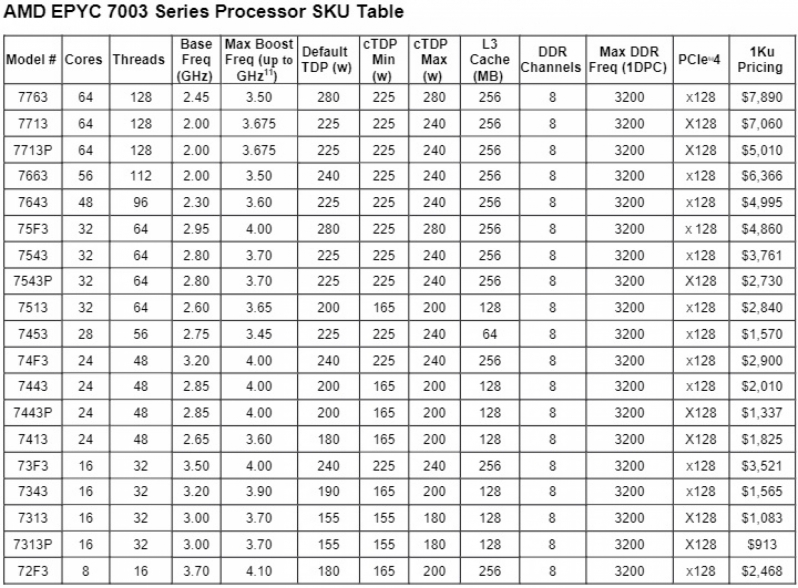