AMD's 7003 series of 3rd Generation EPYC processors delivers on the potential of Zen 3, delivering the same innovations as the Ryzen 5000 series while also endeavouring to provide their enterprise customers with more versatility and tighter security.

AMD has managed to keep its promises with their EPYC processor roadmap, making a mockery of Intel's frequent processor delays and the long-lived nature of the Cascade Lake product line. AMD is delivering strong generational gains in performance while Intel has stagnated, and Intel needs to respond to this.

With their Zen 3 cores, AMD has given their processor cores access to more L3 cache and a wide range of architectural improvements, delivering performance improvements across practically all workloads without increasing their power consumption over their last-generation EPYC CPUs.

AMD's EPYC 7003 processors deliver solid pricing, excellent performance and more versatility to their customers. In short, AMD's 3rd Generation EPYC processors are a clear win for the company. The only problem that we foresee for EPYC is availability, as these processors are going to sell like hotcakes.

You can join the discussion on AMD's 3rd Generation EPYC processors on the OC3D Forums. 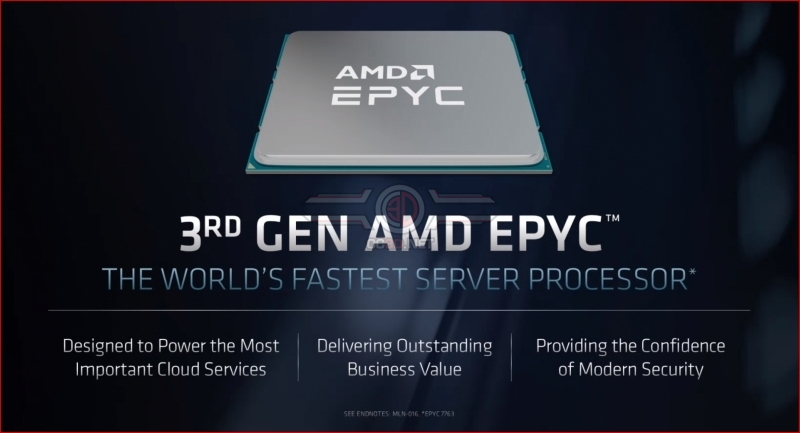