EVGA's made an AMD Ryzen motherboard

EVGA's making an AM4 motherboard, and its name is the X570 DARK, an AMD based variant of the company's existing DARK series of overclocking-focused motherboards.

Last month, in a post titled "The Red Pill", EVGA's Vince Lucido, also known as KINGPIN, has released the first image of EVGA's AM4-based DARK motherboard. This image was from behind and revealed relatively little about the motherboard. Now, KINGPIN has showcased EXGA's new X570 DARK from the front, revealing many of the motherboards planned features.

Based on the image below, EVGA's X570 DARK motherboard appears to feature support for dual-channel memory and sport a similar design to their Intel-based Z590 DARK motherboard, offering two PCIe 16x slots that are four slots apart. This PCIe configuration makes this motherboard perfect for use with two triple-slot graphics cards.

We can see below that EVGA's AM4-based DARK motherboard uses an angled AM4 socket that has been re-oriented to allow EVGA to be more creative with its CPU power design. As an overclocking-focused design, it makes sense to make these changes. This is also why EVGA's X570 DARK only supports two memory DIMMs, reducing memory trace complexity of the board to help increase overclocking stability.

At this time, EVGA has not revealed when they plan to release their new X570 DARK motherboard or how much it will cost. We expect to hear more about EVGA's X570 motherboard soon. 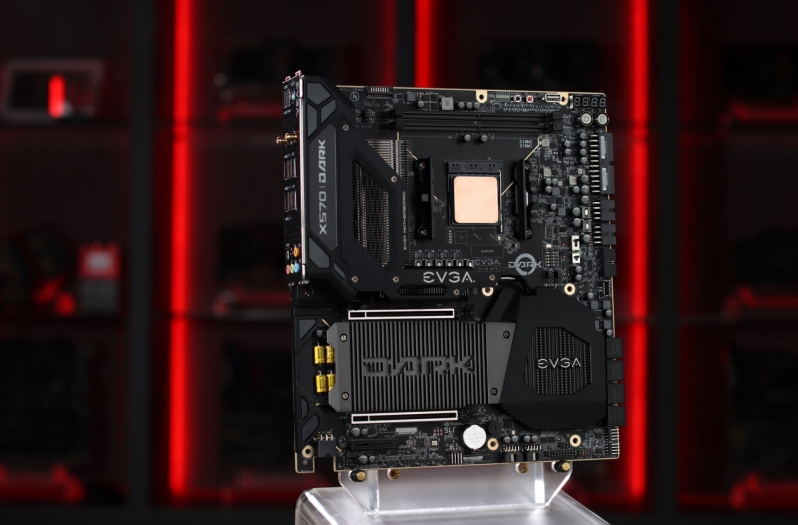 Why not wait for AM5?

AMD's 500-series motherboards have been AMD's core Ryzen motherboard platform for their Ryzen 3000 series and Ryzen 5000 series desktop CPUs. While it is a little late for EVGA to start supporting AM4, AMD has confirmed that they plan to launch V-Cache enhanced Ryzen processors in early 2022. These new CPUs will deliver significant gains in gaming performance over their predecessors.

EVGA is diversifying, and it will be interesting to see how their first batch of AMD motherboards compete with their existing rivals. Will EVGA be able to best their rivals with their AM4 DARK motherboard?

You can join the discussion on EVGA's new AM4-based DARK motherboard on the OC3D Forums. 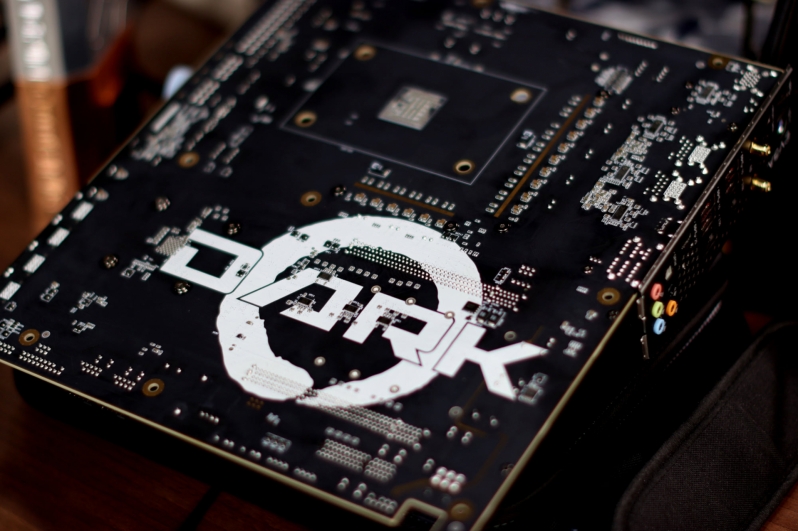 23RO_UK
THAT is one STUNNING looking motherboard, the question is how good is it's BIOS?

NeverBackDown
Quote:
Its an EVGA board. Only thing it facilitates is a terrible BIOS lolQuote
Reply