Socket AM4 is reaching the end of its lifespan. Here's what's coming next.

AMD's celebrating five years of Ryzen, the series of processors that have repeatedly shocked the PC industry. With rapid performance advancements, innovative designs and compelling price points, AMD's five years of Ryzen have transformed the company from being the CPU underdog to becoming the technological leader of the pack within many product categories.

Today, in a discussion between AMD's Robert Hallock, Director of Technical Marketing, and John Taylor, AMD Chief Marketing Officer, has highlighted what's next for AMD. This discussion confirmed that today's AM4 socket is reaching the end of its lifespan and that a next-generation platform from AMD is coming.

While AMD will have new CPUs coming to AM4 in early 2022, next year will also see AMD introduce a new CPU platform that will support the company's future Ryzen processors and several new features.

DDR5 not only promises higher MT/s rates than DDR4; DDR5 also promises higher levels of effective bandwidth thanks to DDR5's many specifications-level changes, such as the standard's larger burst length, Prefetch, and DDR5's 2-channel DIMM architecture. Micron has stated that DDR5 can offer a 1.36x bandwidth boost over DDR4 when operating at the same speeds (DDR4-3200 VS DDR5-3200).

While Intel is adopting DDR5 this year with Alder Lake, AMD will be adopting DDR5 in 2022, when DDR5 availability is expected to be significantly improved. While Intel will be the first to support DDR5, it could be argued that AMD will be supporting DDR5 at the right time for PC builders.

3. PCIe 5.0 connectivity will also be available

SSD manufacturers are already working on PCIe 5.0 SSDs, and there is no doubt that future graphics cards and other products will start to make use of PCIe 5.0's increased bandwidth. If nothing else, PCIe 5.0 delivers overkill levels of bandwidth to PC builders, acting as a strong baseline for what could be another long-lived CPU socket from AMD. 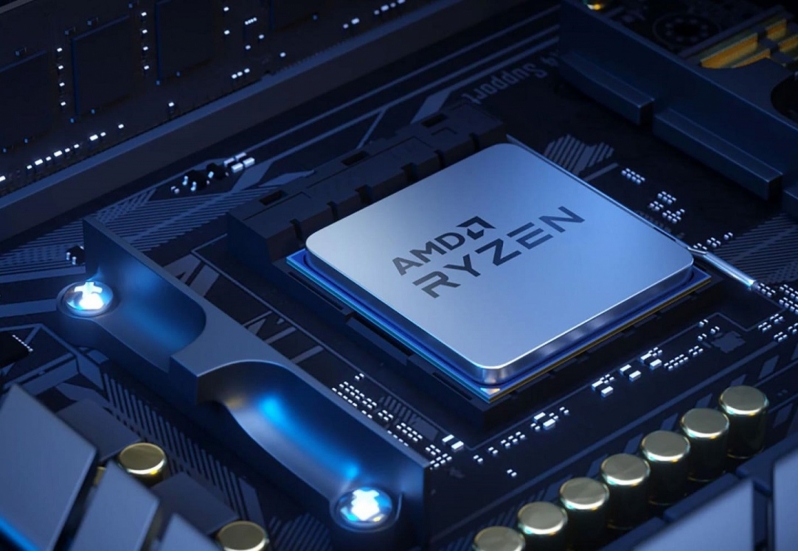 Contrast this with Intel, whose new LGA1700 socket necessitates the use of new CPU coolers or the acquisition of LGA1700 mounting kit upgrades for existing CPU coolers. AMD's reuse of their AM4 mounting mechanism adds some simplicity to AMD's next-generation platform/motherboard plans, which is excellent news for heatsink manufacturers and PC builders alike.

AMD's socket AM4 is not dead. AMD's bringing 3D chiplet technology to AM4 with their next wave of Zen 3 processors. These CPUs will stack a layer of L3 cache onto AMD's Zen 3 Ryzen processors to deliver a generational leap in performance across many applications.

You can join the discussion on AMD's next-generation CPU platform on the OC3D Forums.