Gigabyte has updated their Z690 series motherboards with new BIOS' that include the company's exclusive "Instant 6GHz" feature, a option for Intel Raptor Lake i9-13900K, and i7-13700K processors that as previously exclusive to the company's newer Z790 motherboards.

"Instant 6GHz" is a feature for Intel motherboards that allow the two strongest cores on Intel's i9-13900K and i7-13700K processors to be boosted to 6GHz, delivering a single-threaded performance to these high end Raptor Lake processors.

Users of Gigabyte's Z690 motherboards can now upgrade their motherboards' BIOS using the company's Q-Flash and Q-Flash Plus technologies.

GIGABYTE TECHNOLOGY Co. Ltd, a leading manufacturer of motherboards, graphics cards, and hardware solutions, today announced to extend the instant 6GHz technology designed for Intel Core i9-13900K and Core i7-13700K processors to the Z690 platform. By simply upgrading the latest BIOS of Z690 motherboards and activating the relevant settings, users can optimize their Intel Core i9-13900K and Core i7-13700K processors to 6GHz for the performance boost on single-core up to 3%. This enables users who stay with the existing Z690 platform can enjoy the performance enhancement of the new CPU as well.

The latest Intel 13th gen processor has impressed users with its class-leading performance. GIGABYTE’s Instant 6GHz on the Z790 platform was renowned for unleashing the performance of Intel Core i9-13900K and Core i7-13700K processors for users in an easier way and is now employed on the Z690 platform. By simply upgrading the latest BIOS with Instant 6GHz activated, the system can automatically tweak CPU voltage and Vcore Load Line Calibration of Intel Core i9-13900K and Core i7-13700K processors to detect the most two optimized cores running at 6GHz frequency. This further delivers a 3% performance boost on one single core like the Z790 platform.

GIGABYTE motherboards are notable for their exclusive VRM design, thermal design, and fine-tuning for convenience. To provide a superior user experience and maximum benefits to users, GIGABYTE brings Instant 6GHz technology to the Z690 platform for those who use Intel 13th gen processor without upgrading to Z790 motherboards can also get a performance boost with ease.

The BIOS support Instant 6GHz technology of Z690 motherboards has been updated on the GIGABYTE official website, users can upgrade BIOS with Q-Flash or Q-Flash Plus to enjoy the innovative technology from GIGABYTE. For more information please visit the GIGABYTE AORUS website: https://www.aorus.com/ 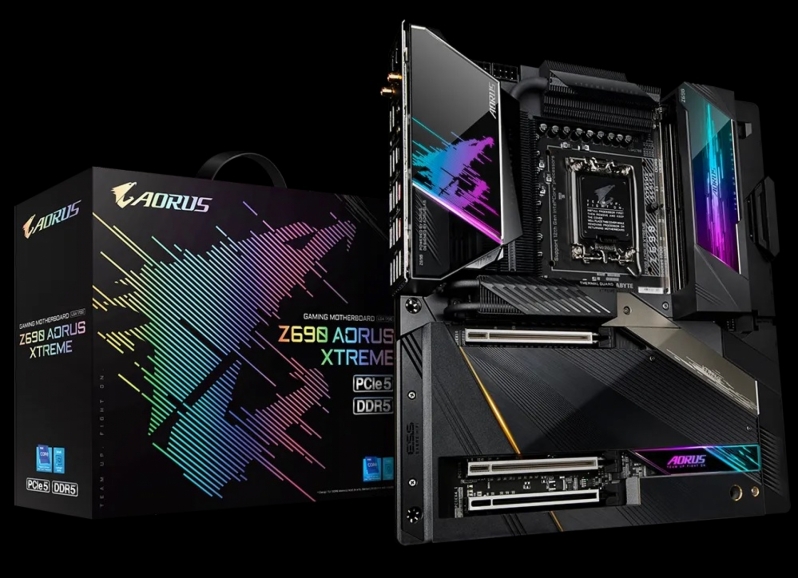 You can join the discussion on Gigabyte's "Instant 6GHz" feature coming to their Z690 motherboards on the OC3D Forums.

Warchild
Quote:
Intels phase2 of combating the electricity crisis is to pump more volts into the CPU which then serves as a heater for the room, meaning no need for water heating, or electric radiator heating, thus saving you money!Quote

AlienALX
Yeah it's not good is it?

Mate of mine just bought a new motherboard because he couldn't get his MSI to stop shoving in voltage, even when he under volted.Quote
Reply