Gigabyte has revitalised its X570 motherboard range for 2021, adding new features, updated cooling solutions, and other hardware revisions. This new lineup will be marketed as the X570S series, promising silence and stability to their users.

While AMD's X570 chipset remains the same as before, new firmware revisions have allowed AMD to reduce the chipset's thermal output, enabling passively cooled chipset designs from motherboard manufacturers. This eliminates potential chipset fan noise and a potential failure point for X570 systems in the long term. Beyond that, X570S allows AMD and their motherboard partners to revise their motherboard lineups for the Ryzen 5000 series of Zen 3 processors, offering users improved PCB designs and additional motherboard features.

What follows is Gigabyte's Press Release. 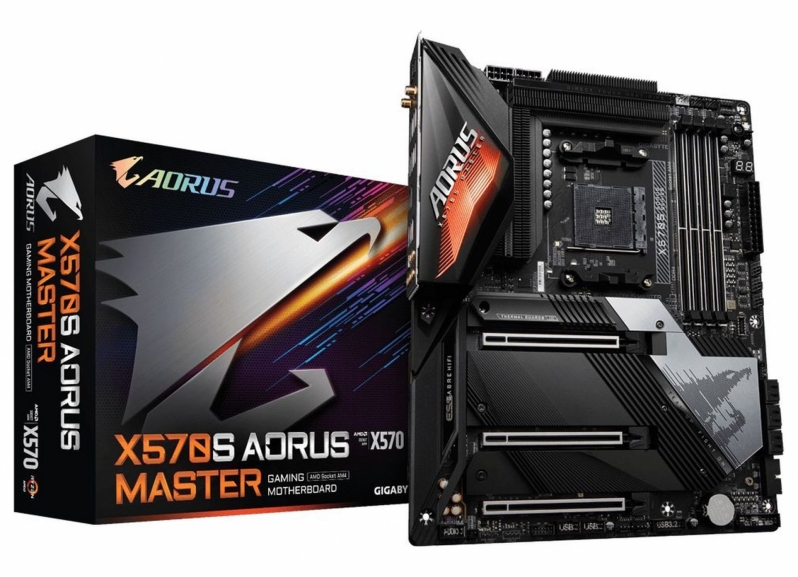 “AMD is excited for the launch of new and innovative X570 motherboards, bringing even more offerings to the AMD socket AM4 platform,” said Chris Kilburn, corporate vice president and general manager, client component business unit, AMD. “These new motherboards will continue to showcase the groundbreaking performance of the AMD Ryzen™ 5000 Series processors, maximizing the potential for enthusiasts, gamers, and content creators alike.” 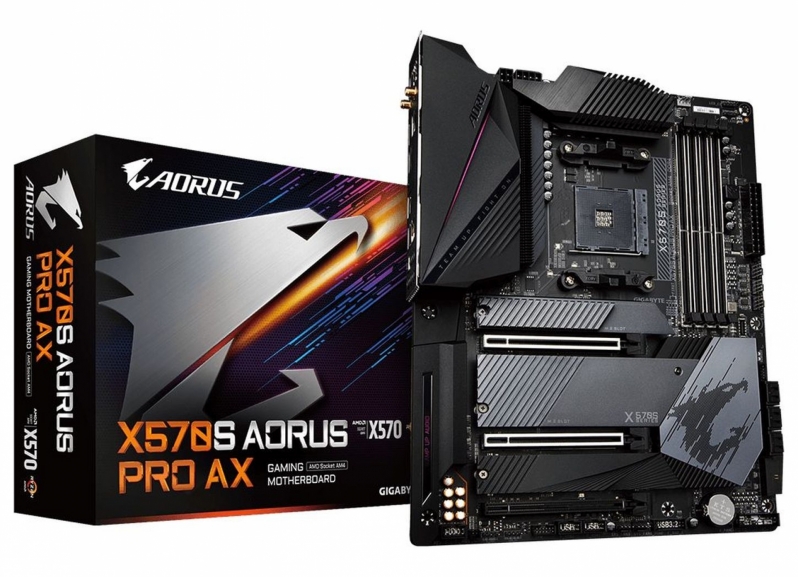 Enhanced Stability Of Power Supply And The Convenience Of Dynamic Overclocking

In addition to the improvements on thermal design, GIGABYTE also greatly enhanced the power supply design of the X570S motherboards to perfectly release the ultimate performance of AMD Ryzen™ 5000 series processors. GIGABYTE packs at least 14 phases digital power design on each ATX board in X570S AORUS Series. Applying to different requests of power consumption, GIGABYTE uses MOSFETs of upmost 90A Smart Power Stage or DrMOS to ensure a more stable current flow, better power and thermal management while the CPU is running at its full potential, which can perfectly unleash the extreme performance and overclocking power of processors.

The high-end model X570S AORUS MASTER boasts a 16-phase direct digital power design with each Power Stage phase capable of managing up to 70A for lower impedance and improved loading balance of power phases, just like the flagship model X570 AORUS XTREME motherboard. With 16-phase to work with, the power demand is evenly processed by each phase to avoid long-time high loading operation of one single phase with further reduction of the heat and power consumption. This improve the overall power efficiency, durability and service life of the motherboard, which enabling users to maximize the overclocking potential on the AMD Ryzen™ 5000 desktop processors without the concerns of overclocking failures or diminished performance caused by unstable or overheated power supply.

X570S AORUS MASTER, AORUS PRO AX and AERO G models are particularly equipped with GIGABYTE’s newly developed the Active OC Tuner active overclocking technology. The CPU overclocking frequency and the number of operating cores can be dynamically switched between the default precise-overclocking function PBO (Precision Boost Overdrive) and manual overclocking according to different requirements of current configuration and characteristics of running applications. This technology allows user to execute corresponding application by frequency and core numbers to enjoy the maximum performance. Users have no need to confirm the loading or whether it requires multi-cores before running different applications then struggle in the BIOS to switch between PBO and manual overclocking. With GIGABYTE Active OC Tuner active overclocking technology, users can have it both ways once they activate this function to enjoy the advantages of optimized automatic overclocking settings and an more enjoyable system operation with ease.

GIGABYTE X570S AORUS motherboards boast the performance potential of PCIe 4.0 and refine the design of its motherboards to elevate the performance of peripheral components. Design features such as 6-layer and above, 2x copper PCBs with lower inductance, and a PCIe 4.0 B-CLK IC on select model to maximize the PCIe bandwidth with increasing the data transmission capacity on PCIe storage devices and boosting overclocking performance from CPUs and memory. The motherboards unlock hidden performance potential on peripheral components, allowing for blazing fast transmission speeds on these devices. GIGABYTE X570S lineup makes capital out of the PCIe 4.0 interface from the CPU and X570 chipsets, with four PCIe 4.0 M.2 slots on select models, four sets of AORUS 7000S SSDs can operate synchronizely by building a RAID array for impressive storage performance. Enhanced M.2 Thermal Guards III also successfully reduce the chances of thermal throttling and allow users to fully take advantage of the new PCIe 4.0 interface. 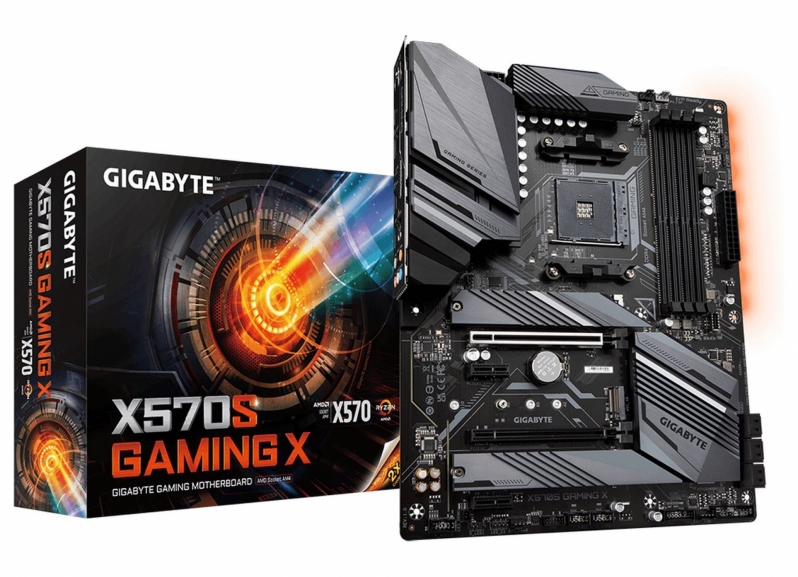 Fan favorite and well-received features make their return to GIGABYTE X570S motherboards. Sleek aesthetics design, RGB Fusion LED lighting, Ultra durable quality, Hi-Fi audio, and many more trademark features have been further refined and added to the mix with AMD’s built-in features. The entire X570S lineup comes with the newest version of Q-Flash Plus Technology. Users can easily update the BIOS without even installing a processor, memory, graphics cards, or booting up the PC so they can flash the BIOS and have no worries about not being able to boot up the system due to an unsupported BIOS version. 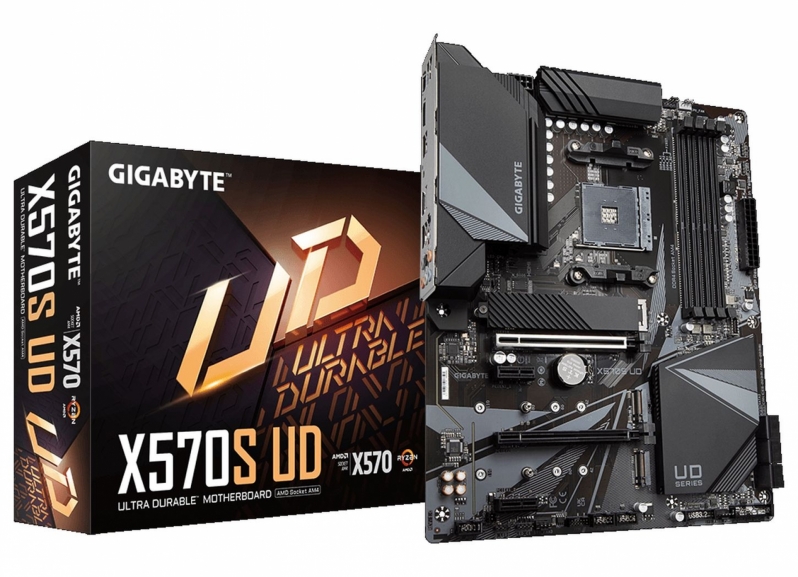 GIGABYTE integrated the AERO and VISION products for creators into the AERO series to integrate product series names and increase market focus, as well as maximizing brand management and consumer product marketing strategies. Starting from the AMD platform, X570S AERO G will be released concurrently as X570S series, and the VISION series will become a part of AERO.

GIGABYTE X570S series motherboards use only the finest components reinforced by GIGABYTE Ultra Durable™ Technology with comprehensive functions. This series become the excellent choice for users seeking to build a high-end PC system and enjoy the GIGABYTE’s exclusive technologies have to offer. 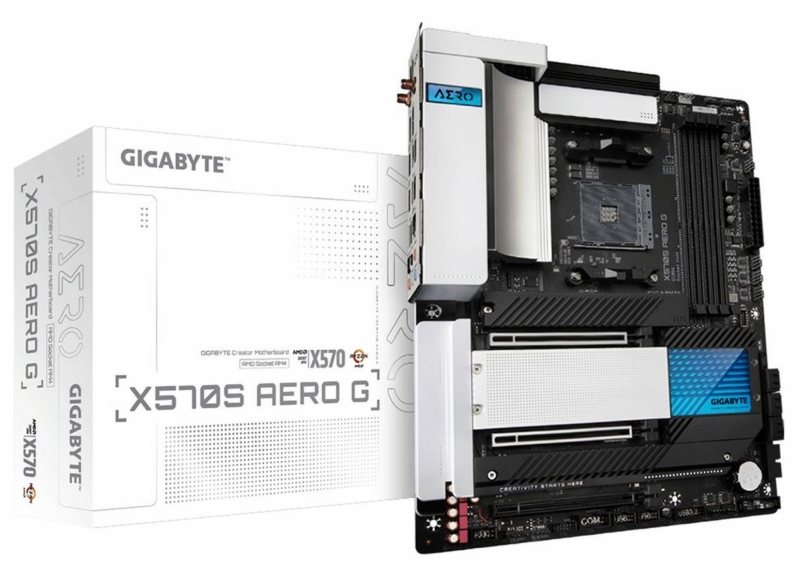 You can join the discussion on Gigabyte's X570S motherboard lineup on the OC3D Forums.