Readers of our Gigabyte Aorus Z370 Ultra motherboard review will know that we have problems with that design, be it the board's mediocre performance at stock or the insanely high VRM temperatures that the board exhibited under load. With this information in mind, we can understand why the company has released a new revision of the board with significant changes to the board's VRM design.

These changes will come with Gigabyte's new Aorus Z370 Ultra Gaming 2.0, which offers a free M.2 heatsink with the board as well as a new 11-phase VRM design, which replaced the original's lacklustre 7-phase VRM implementation.

In our original review for the Aorus Z370 Ultra Gaming, the board offered the hottest VRM temperatures of any Z370 motherboard that we had tested at the time, hitting a staggering 84 degrees without an overclock. When overclocking our 8700K on the motherboard temperatures soared to greater heights, reaching temperatures of over 100 degrees, leaving us with an extremely negative impression of the board.

With this new revision, motherboard power will be delivered through a larger number of phases, which should reduce the heat output per phase, though looking at the images below it is clear that the company has not made any major changes to their VRM heatsink design. We hope that this improved VRM implementation will be able to lower the VRM temperatures of this motherboard, though we would have preferred to see a more radical change in the board's VRM heatsinks to complement the board's other design tweaks. 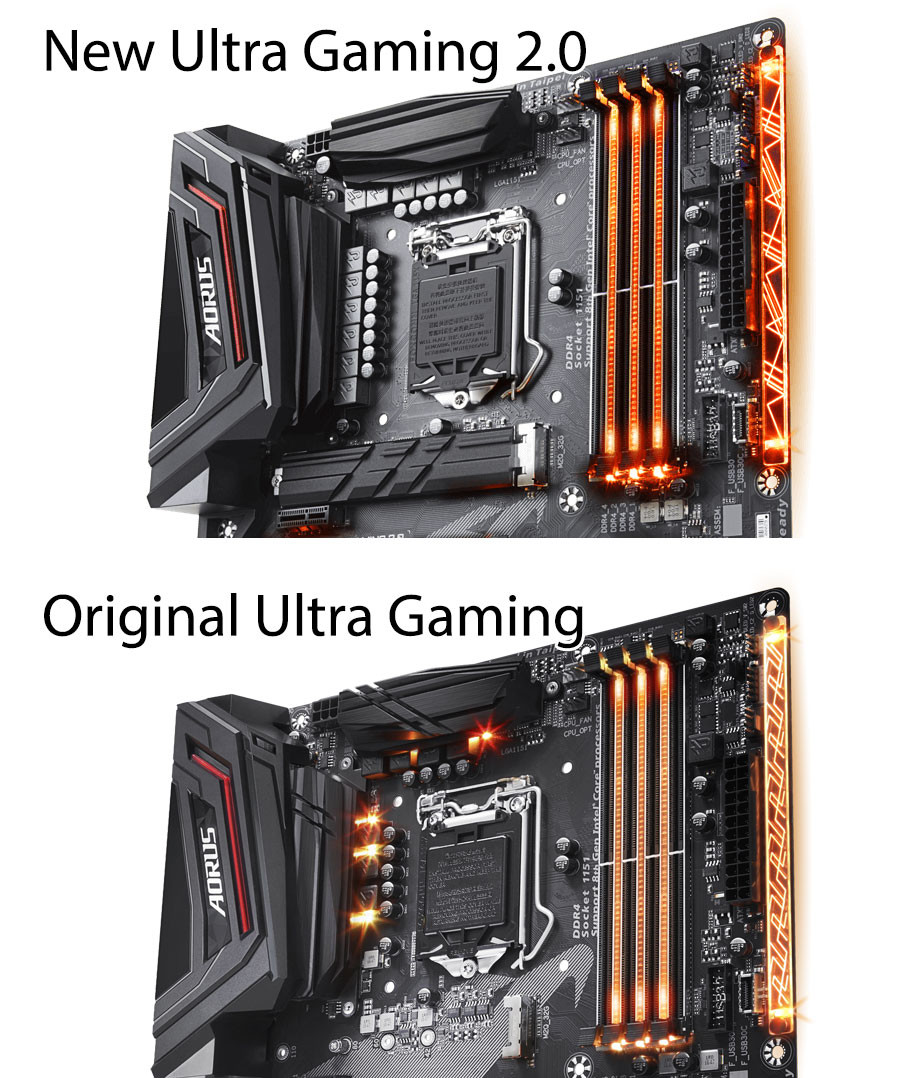 This new motherboard revision showcases a desire from Gigabyte to address the problems with their original Aorus Z370 Ultra Gaming motherboard, though without any dedicated testing it is unclear whether or not Gigabyte has sufficiently mitigated the VRM temperature problems that the original board faces.

You can join the discussion on Gigabyte's Aorus Z370 Ultra Gaming 2.0 on the OC3D Forums.