AMD's due to launch its Ryzen Threadripper 3rd Generation processors this November, starting with a 24 core model. Rumour has it that this launch will be accompanied by new motherboards, sporting the new TRX40 name and support for new features such as PCIe 4.0.

Now, a TRX40 motherboard from Gigabyte has been pictured, featuring the Aorus name, support for processors with TDPs as high as 280W and four PCIe 4.0 x16 slots.

The image below comes from Gigabyte Aorus South Africa through Twitter. 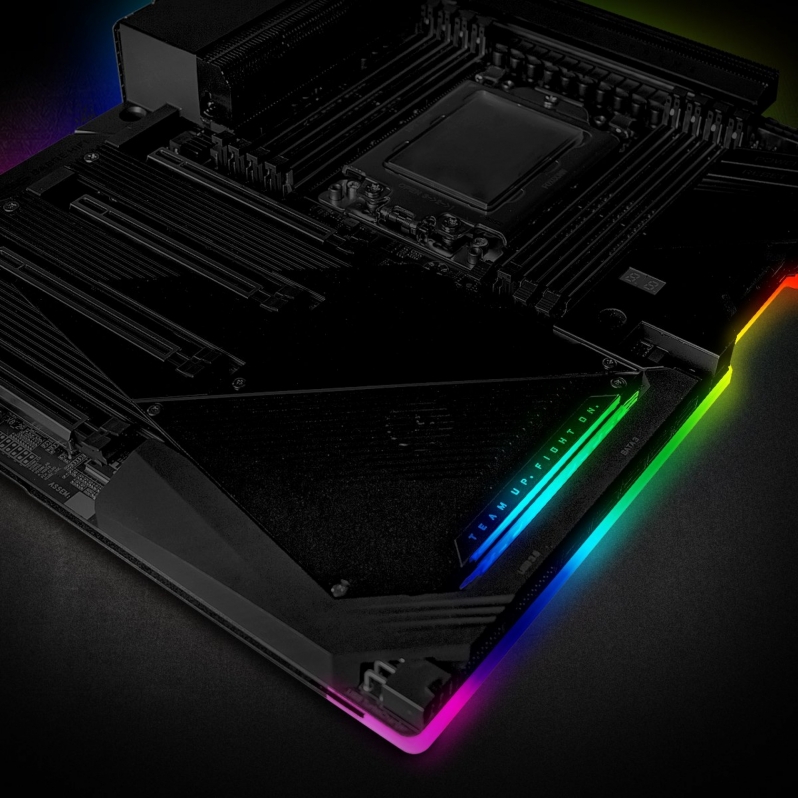 You can join the discussion on Gigabyte's TRX40 Aorus motherboard on the OC3D Forums.

AlienALX
Beautiful. I can smell the dollar bills burning from here, though

Bartacus
Who the heck is green-lighting stupid marketing like "team up fight on", that is SO lame. Heck, ANY text like that is super lame, it looks AWFUL. Is that silly crap really needed on a workstation platform?!?!Quote

On a tacky cheap gaming board then its like whatever, but on a expensive high end platform, jeez Gigabyte....Quote
Reply