These CPUs are set to demolish AMD's budget Ryzen offerings

These processors have the potential to be value gaming kings, with Intel's i5-12400F being a highlight given its use of six P-Cores and its sub-$200 pricing.

In the US, the retailer BestBuy has leaked the pricing of Intel's soon-to-be announced 65W Intel 12th Generation Alder Lake processors. This leaked information came to light thanks to @momomo_us on Twitter.

Below are the leaked prices of Intel's 12th Generation Alder Lake processors; 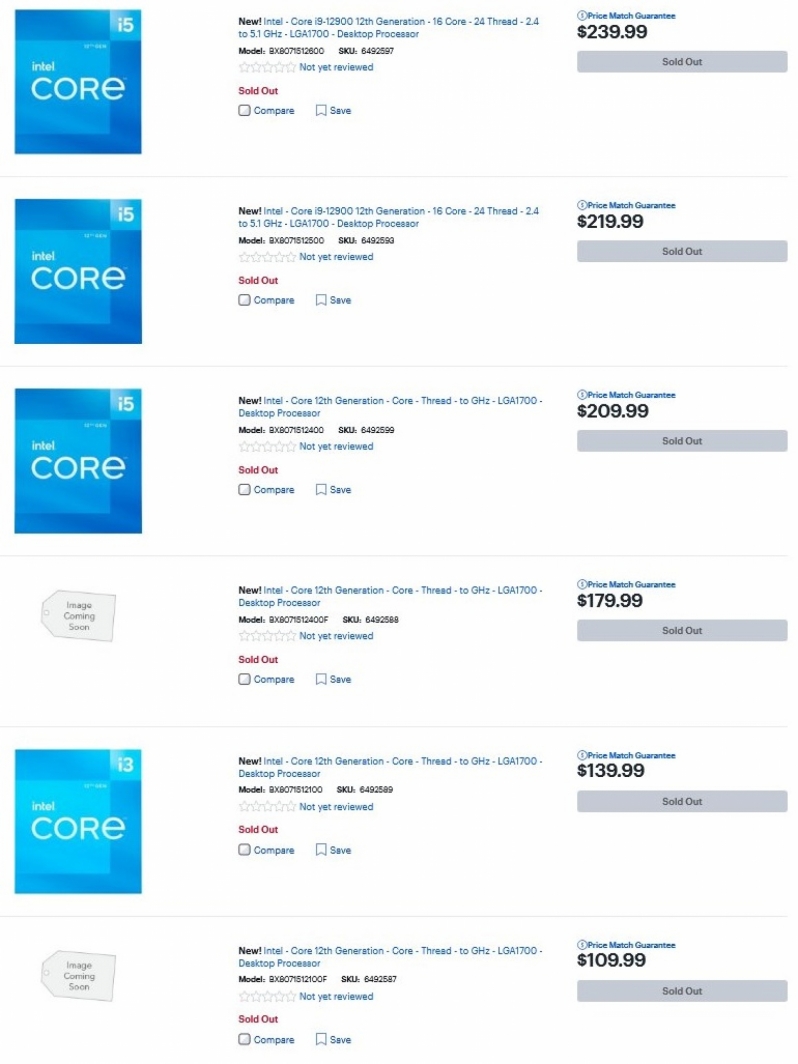 These processors have tonnes of budget gaming potential

These low-cost Alder Lake processors have the potential to be game changers within the budget gaming market, offering the power of Intel's Alder Lake P-cores within affordable packages.

If Intel's B660 series motherboards are priced well, Intel's new i3 and i5 processors will steal the thunder of AMD's sub-$200 Ryzen product lines, none of which have been updated to use AMD's Zen 3 CPU cores.

You can join the discussion on Intel's Lower-end 12th Generation Alder Lake CPU pricing on the OC3D Forums.

dazbobaby
Wow, aside from the fact that you need a new mobo and RAM that has sold out everywhere (assuming it too will be DDR5), the 12900 looks like amazing value.
16 cores 24 threads up to 5.1Ghz for £240 (ish). That's damned hard to beat. Only the 5950 comes close at more than twice the price.Quote

AlienALX
Those prices are totally wrong. No idea where they were pulled from.Quote

hmmblah
They are from the twitter link in the article. The original image is much bigger and has the correct prices with those wrong prices at the bottom of the image. Not sure why they are there, but definitely not real pricing for an i9 12900.Quote
Reply