How much will Alder Lake cost? Intel's 12th Gen pricing has leaked via Microcenter

Intel's aiming for the high-end with Alder Lake

Intel's aiming for the high-end with its Alder Lake pricing

How much will Alder Lake cost? If Microcenter's listings are anything to go by, Intel's 12th Generation processors will cost a lot, with their i9-12900K costing $669.99 while their i7-12700K had a listed price of $469.99. Both of these listings have since been removed from Microcenter's website.

With these price tags, Intel's high-end Alder Lake models will ship with price tags that are lower than AMD's Ryzen 9 5950X and Ryzen 9 5900X processors. However, these processors are also much more expensive than the 11th generation Rocket Lake processors that they replace.

If these prices are correct, it is clear that Intel believes that they have what it takes to challenge AMD's high-end Ryzen 5000 series lineup. That said, it remains to be seen whether or not Intel CPUs can deliver performance levels that justify Alder Lake's high pricing. Beyond that, additions like PCIe 5.0 and DDR5 support will likely push platform costs upwards, which may diminish Intel's value proposition.

Rumour has it that Intel plans to officially reveal their Alder Lake CPU lineup next week, with a launch date on November 4th (as listed at Microcenter).

With a price tag that is $200 higher than the i&-12700K, Intel's i9-12900K appears to offer buyers poor value compared to their lower core count i7 model. If leaked specifications for these processors are accurate, the i7-12700K has four fewer cores, but these CPU cores are all Efficient Cores (E-Cores), not performance cores. Are four more Efficient Cores worth an extra $200? 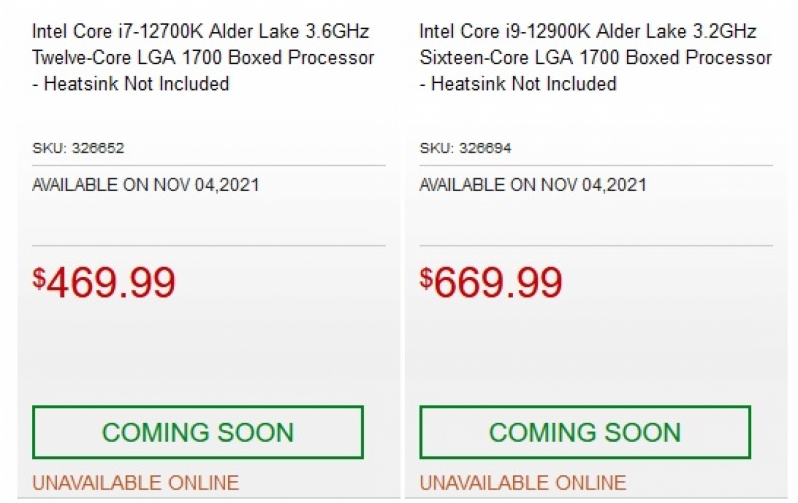 With a price tag of $469.99, Intel's i7-12700K should deliver intense competition for AMD's Ryzen 9 5900X. Both CPUs feature twelve CPU cores, but Intel's lower pricing and the single-threaded performance of their i7's eight Performance-Cores could give Intel a significant advantage. If these prices are accurate, Intel's i7-12700K processor should be the high-end highlight of Intel's Alder Lake lineup.

You can join the discussion on Intel's Leaked Alder Lake Pricing on the OC3D Forums. 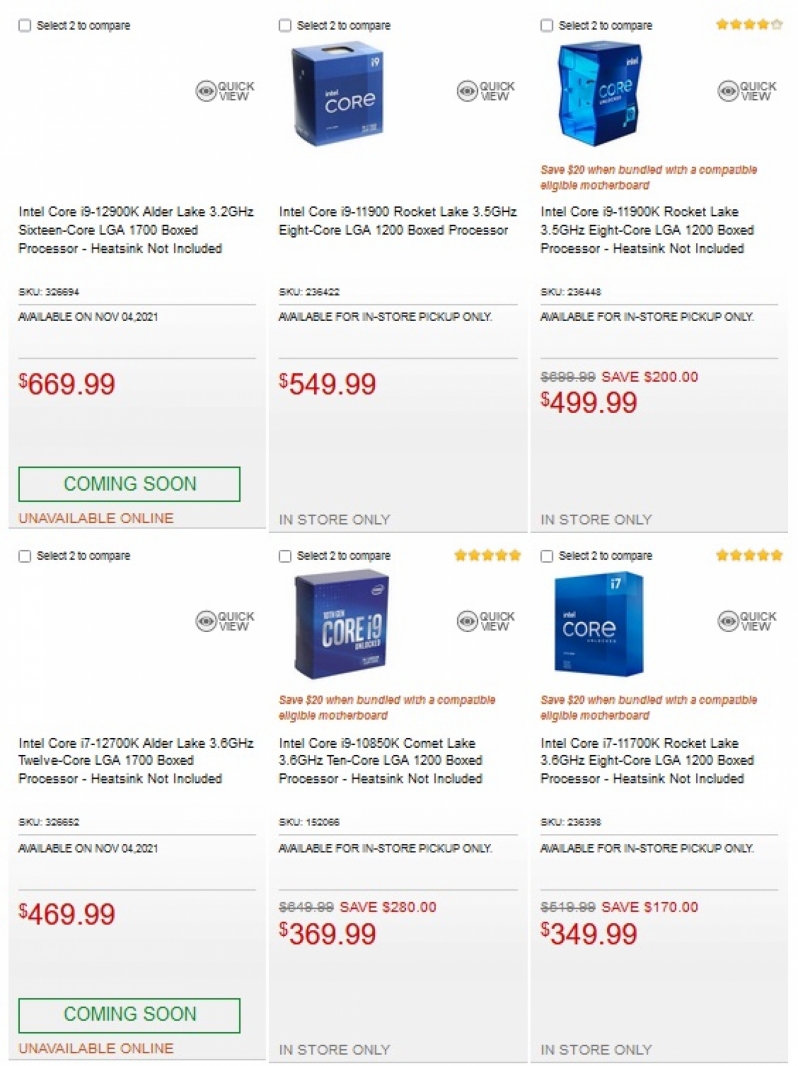 Dicehunter
No thanks, Gonna swap out my 5800X for a 5800X V-Cache version and then wait until 2023 for a platform change, First gen memory standards are nowhere near their best in terms of timings and speeds.Quote

Warchild
Quote:
With all the rumored power draw and pricings.. i feel less disappointed out that I had to pick up an 11900kQuote

NeverBackDown
Here I am still happy with an 8700k