Intel 12th Gen i5, i7, and i9 Alder Lake Specifications Leak

Intel 12th Gen i5, i7, and i9 Alder Lake Specifications Leak

Thanks to La Frite David on Twitter, who cited the Chinese website Zhihu, we have our first look at leaked Intel Alder Lake specifications, which highlight the core configurations and core clock speeds of the company's 12th Generation Alder Lake Core i5-12600K, Core i7-12700K and Core i9-12900K processors.

This processor will feature 25MB of L3 Cache, matching the core/cache configuration of the i9 above. 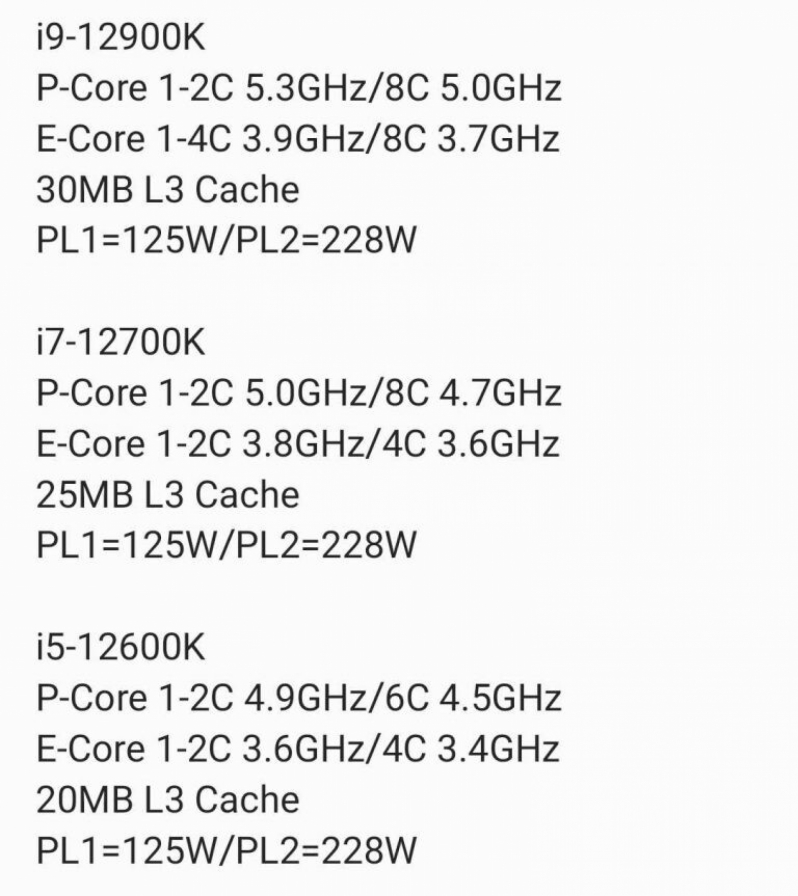 Intel's Alder Lake lineup will deliver a tonne of new features to Intel's K-series product stack, especially with regards to overclocking. New memory ratios will be available for fine-tuning, and per-core overclocking will become more important than ever, thanks to Intel's hybrid CPU designs.

Windows 11 should also prove to be a vital component of Intel's Alder Lake push, as Microsoft's latest OS is designed with hybrid x86 CPUs in mind. This should allow Intel's hybrid CPU architecture to suffer from fewer performance issues when compared to their earlier, now discontinued, Hybrid Lakefield processors.

You can join the discussion on Intel's leaked 12th Gen Alder Lake specifications on the OC3D Forums. 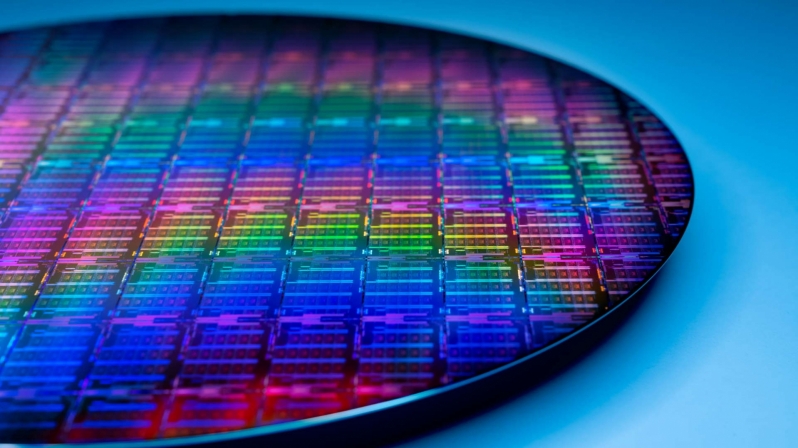 g0ggles1994
Any node info? High efficiency stuff aside, these sound like they're going to run hot.
Also, my concern with these hybrid CPUs is that even today, certain background processes can seriously hamper a full fledged multi-core system, let alone ones with high efficiency, and I guess lower performance cores.Quote

WYP
Quote:
Alder Lake is 10nm. A lot of Alder Lake's success will be defined by how well Windows 11 handles it. I think Windows 10 users will have less performance.Quote

g0ggles1994
Quote:
Fair enough on the node. 14nm would have been hilarious to see.

I can't imagine this scheduler having that much difference though, probably 5% at best.Quote

NeverBackDown
Quote:
It can make quite a difference. If it doesn't manage any threads, everthing would become single thread bound, the smaller cores would never get used, it would constantly be replacing cache increasing latency, and thats not including the battery gains they could make where Alder Lake will be more aimed towards.

They've already shown quite significant improvements in the leak build for Alder Lake. Using a Galaxy Book S they got 5.8% more in GeekBench and 10% more in browsing. This is for a device that was never built for this OS and with really no drivers available. They could very well increase that performance further, not to mention better battery management.Quote
Reply