Images have been leaked online which showcase a development board that makes use of Intel/AMD's new Kaby Lake-G/Radeon multi-chip-module (MCM), showcasing a form factor that is smaller than mini ITX and comes with an M.2 SSD slot and dual DDR4 SODIMM slots.

This board clearly showcases the advantages of Intel's new Ultra-compact CPU/GPU design, allowing the company to potentially create a PC Gaming NUC in the near future with a form factor that is smaller than all of today's consoles. This design allows Intel to enable the creation of compact gaming Ultrabooks, bringing more performance to smaller form factors with Intel Core processing a Radeon Graphics hardware.

Alongside this motherboard's DDR4 SODIMM and M.2 slots, we can also see dual SATA connections, giving this board ample room for expanded storage as well as a lot of connectivity options on the external I/O of the motherboard. This new SOC will require some interesting new cooler designs, given the odd shape of Intel's MCM design, though this is preferable to having the two SOC further apart, requiring a more complex, possibly independent, cooling solutions. 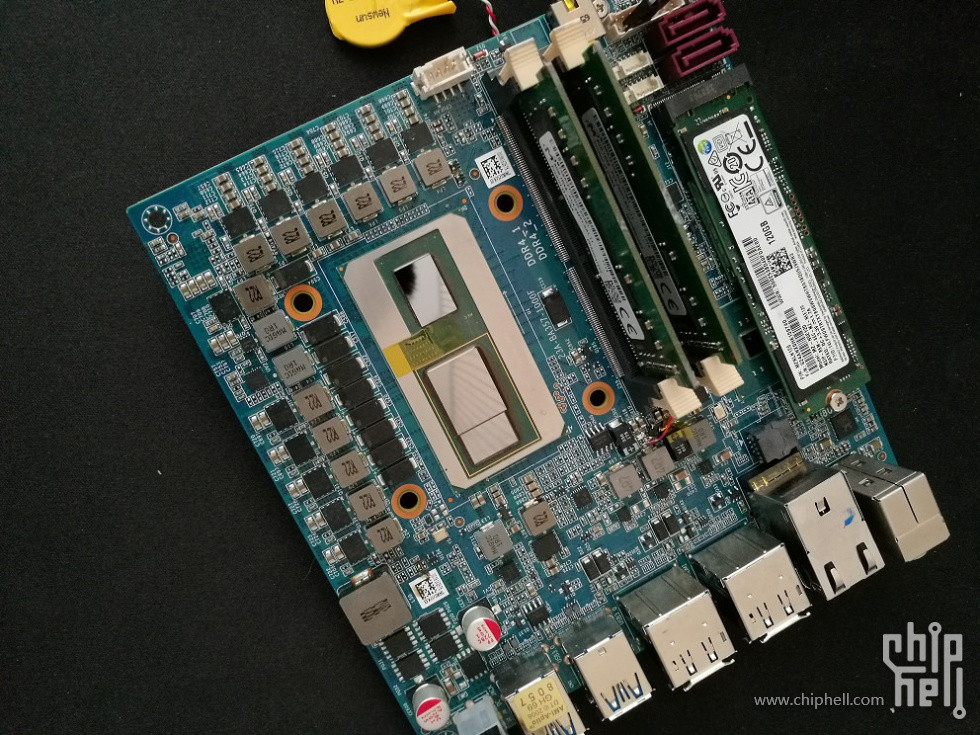 With this image, we can confirm that Intel's SOC uses the same design that was presented when the company officially revealed their SOC plans with AMD, though it is also clear that the GPU component of this MCM is much larger than this unit's CPU, with the CPU taking up a tiny portion of the package by comparison.

At this time, products based on this new SOC are expected to release in the first half of 2018, with several OEMs already working on their own system designs.

You can join the discussion on Intel's Kaby Lake-G/Radeon MCM on the OC3D Forums.