Back at their architecture day in late 2018, Intel announced their Foveros 3D packaging technology, allowing silicon chips to be stacked on top of each other in a new and innovative way, creating a fully 3D processor.

With Intel's 3D chip manufacturing capabilities, Lakefield's 10nm package is a mind-bending 12mm x 12mm size. That's tiny, and this feat allows Intel to invest in a new generation of compacted PC devices, something which will bring x86 to smaller devices than ever before. With a 7W TDP and a tiny package size, Intel is opening the door for a new era fo ultra-mobile PCs. 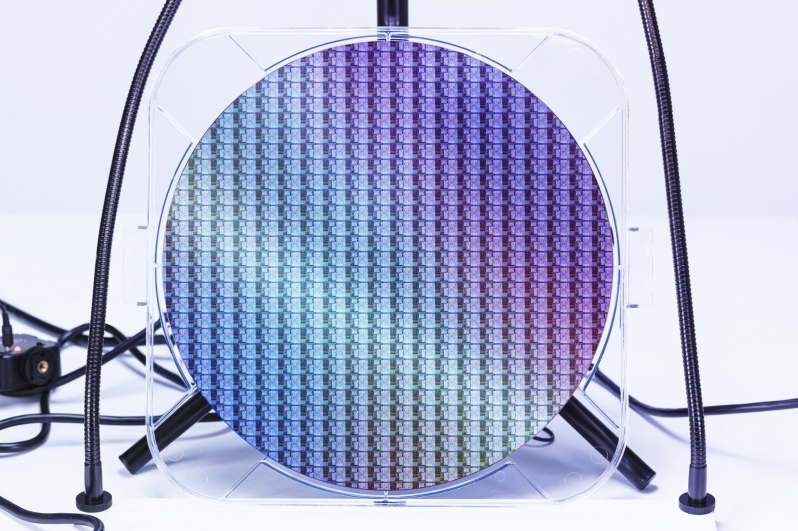 Using Hardware-Guided OS Scheduling, Intel has been able to allow Windows to move single-threaded workloads over to its high-performance Sunny Cove CPU cores to deliver increased system responsiveness and higher levels of overall performance. This allows Intel to deliver high-performance levels where it counts while maintaining low levels of power draw with its Tremont cores. 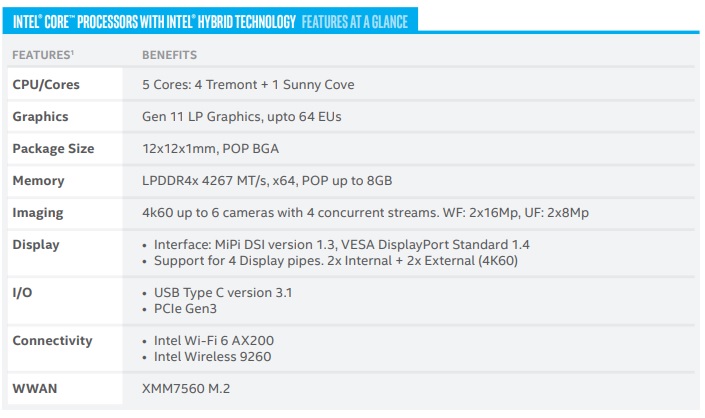 Intel is releasing Lakefield with two initial devices, the Lenovo ThinkPad XX1 Fold and the Samsung Galaxy Book S, both of which will be available in selected markets this June.

Below are the specifications of Intel's i3 and i5 Lakefield processors, both of which offer users the same core/thread count. Intel has no i7 model for its current Lakefield CPU lineup.

What remains to be seen is how well these systems will perform in the hands of end-users, and if Intel's approach to low-power x86 devices will be something that the company will explore in the long term. High-end users will always want Intel to utilise its highest-performance cores within the desktop market, but mainstream users and mobile device users will benefit from the lower power characteristics of these new hybrid designs.

You can join the discussion on Intel's 3D Lakefield Hybrid processors on the OC3D Forums.

NeverBackDown
It's mind boggling to even think how it's physically possible to do this in such a tiny area of space. This is some pretty impressive stuff.