Some early benchmark results for Intel's upcoming 8th generation i7 8700K and i5 8400 CPUs have been revealed, showcasing some significant boosts to multithreaded performance as well as smaller boosts single-threaded workloads.
These early benchmarks were conducted on AsRock Z370 Pro 4 motherboard, with most of the performance boosts seen here being due to the CPU's increased core count and not from architectural improvements. Coffee Lake is effectively Kaby Lake with more CPU cores/threads, making IPC benefits unlikely when compared to Skylake and Kaby Lake.
When comparing these results to Intel's existing i7 7700K we can also see a boost in single-threaded performance, which is most likely due to increases in single-threaded CPU boost clock speeds and not IPC performance advantages. 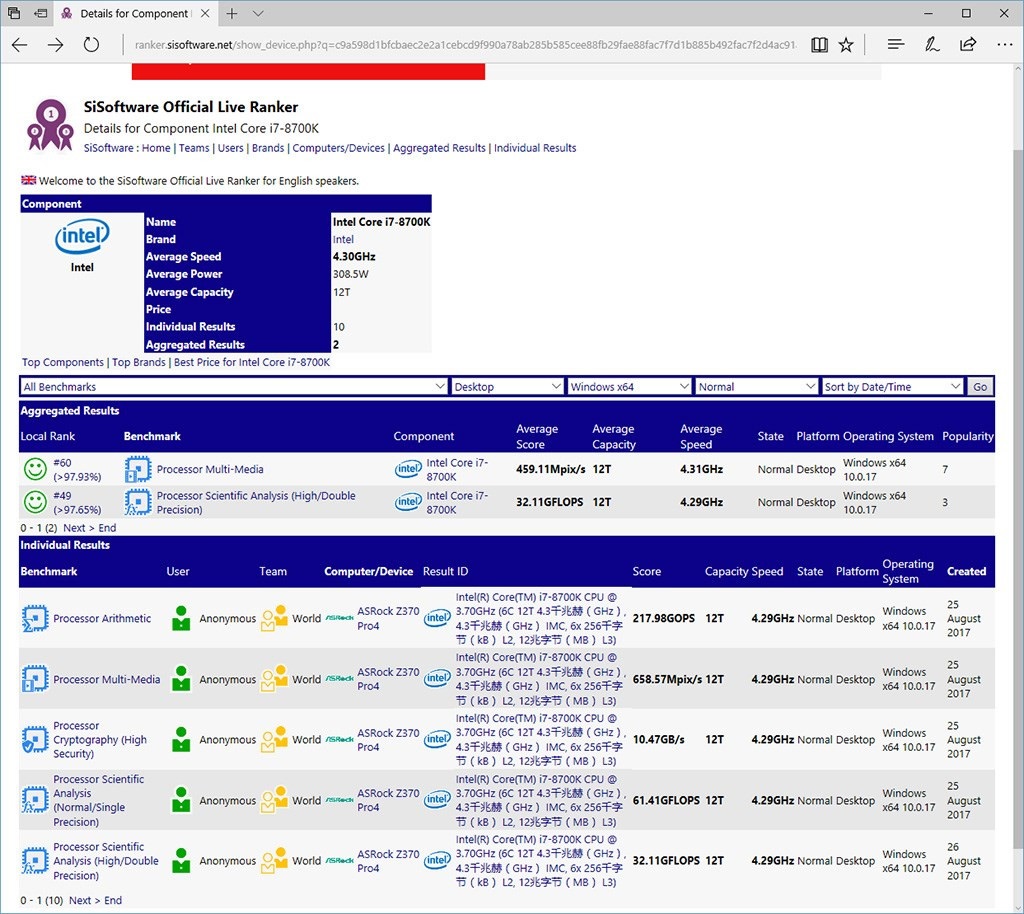 Intel's i5 8400 is also shown, showcasing some high levels of performance with six total CPU cores/threads and clock speeds of 3.8GHz. This CPU will offer a lot of competition for AMD's Ryzen 5 series CPUs.

With performance results like this Intel are taking the fight to AMD with increased core counts and high clock speeds to compete with AMD's Ryzen offerings. At this time the pricing of these new Intel products is unknown, though it seems likely that they will cost more than Intel's existing Kaby Lake series counterparts.

Pricing will be key for Coffee Lake, with Intel offering both high clock speeds and core counts, potentially allowing their 6-core 12-thread i7 8700K to compete with AMD's 8-core, 16-thread Ryzen 7 lineup. 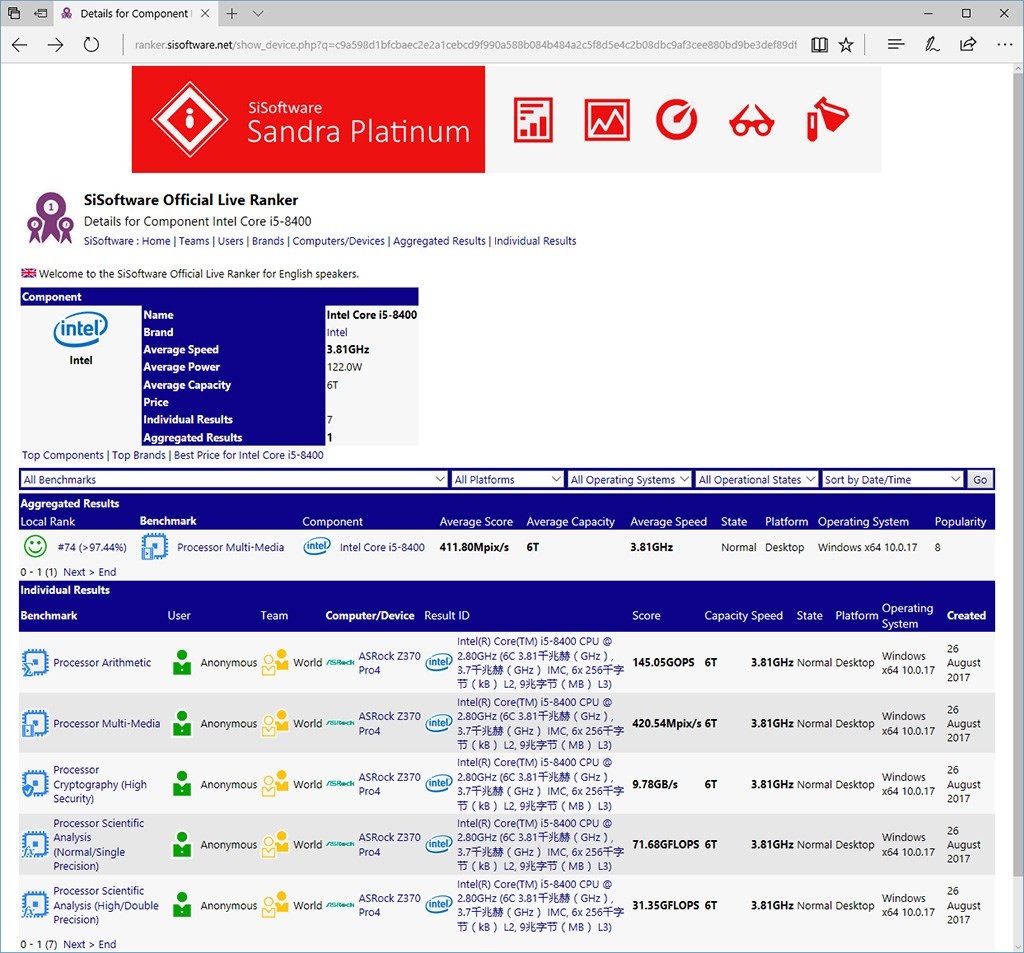 You can join the discussion on Intel's Coffee Lake series CPUs on the OC3D Forums.

garih
Can't wait, Credit card burning a hole in my pocket in anticipation!Quote

Korreborg
Wasn't it suppose to be announced right around now?Quote

garih
Quote:
I recently read something saying they won't land until mid-October.

this is of course speculation.Quote

WYP
Quote:
Intel has revealed their 8th Generation Core CPUs, but only for mobile. Even then it is only the U-series sub-15W parts.

Lots of rumour sites took the announcement of Intel's 8th generation launch Event to mean Coffee Lake. It was a mobile only thing, as we suggested when Intel made revealed their event.

Coffee Lake will come later, how long? Who Knows.Quote