At CES 2021, Intel had two new desktop architectures to show us, Rocket Lake-S, which will be launching this quarter, and Alder Lake, a next-generation 10nm desktop processor that's due to release later this year.

With Alder Lake, Intel will be bringing its 10nm cores to desktop users for the first time, offering a hybrid architecture which combines low power cores with high-performance cores to deliver peak performance and peak efficiency in future systems. Intel calls this a "significant breakthrough in x86", though it remains to be seen how Windows and existing PC applications will react to this hybrid processor design.

With Alder Lake, Intel will be introducing two new core architectures, Golden Cove for their High-Performance Cores and Gracemont for their High-Efficiency cores. These core designs will succeed Willow Cove and Tremont respectively. Alder Lake will also utilise Intel's "Enhanced 10nm SuperFin" node, confirming that the company will be suing a further refined 10nm manufacturing process to create these new CPUs. 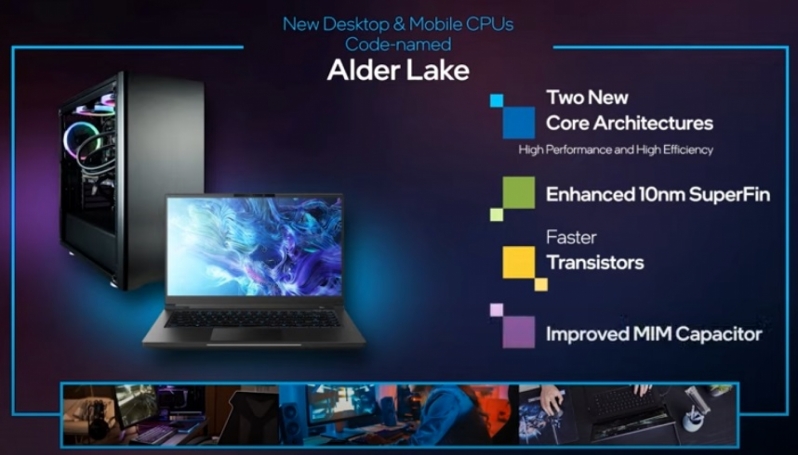 Intel's first 10nm processors should have been widely released in 2017, but manufacturing issues and consistent delays have prevented 10nm desktop processors from ever releasing. That should change in 2021 with Intel's "enhanced 10nm SuperFin", which could be considered as 10nm+++ if you count Cannon Lake, Ice Lake, Tiger Lake as 10nm, 10nm+ and 10nm++ respectively.

If existing rumours ar to be believed, Alder Lake will feature sixteen cores, with eight being Golden Cove cores while the other eight are Gracemont. Let's hope that Intel has been able to make their hybrid designs work well in Windows, as a combination of powerful and efficient cores will only work if Windows knows how to allocate its resources correctly. If Intel cannot solve this issue, Alder Lake will not reach its peak performance at launch. 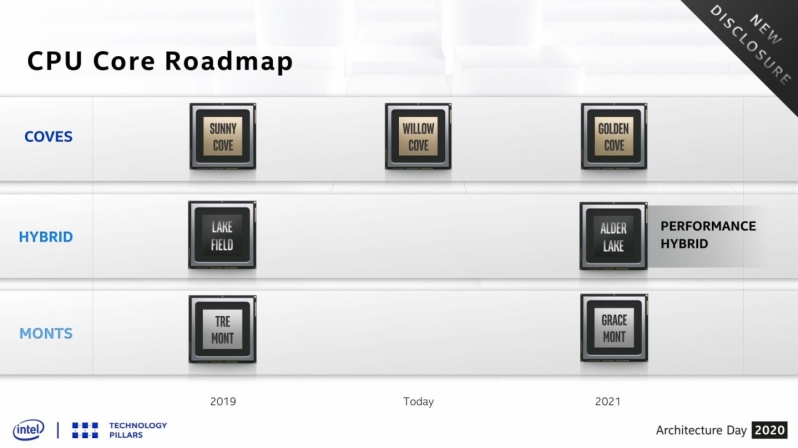 You can join the discussion on Intel demoing Alder Lake at CES 2021 on the OC3D Forums.