Has Intel finally fixed their fabs?

Intel 4 is due to be used first within Intel's Meteor Lake processors, a multi-chip CPU design from Intel that will utilise the company's advanced packaging technologies. 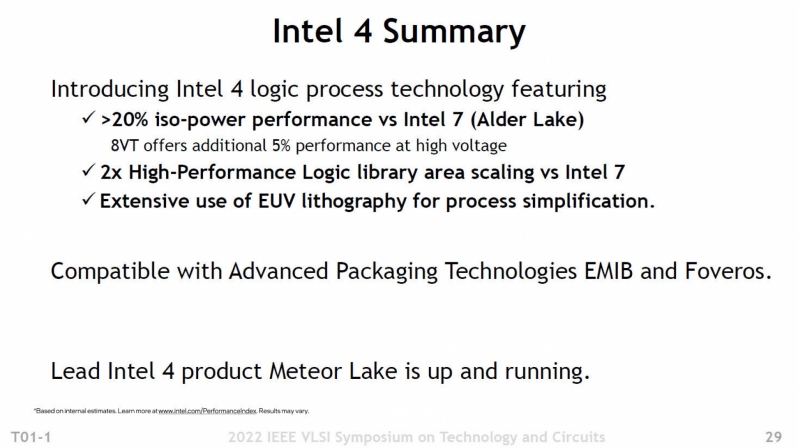 While Intel's new Intel 4 node promised a 2x increase in transistor density over Intel 7, it is worth noting that this only applies to logic. Structures like SRAM see a smaller increase in silicon density, providing a 0.77 area reduction. SRAM plays a huge role in chip design, especially when it comes to caches, and SRAM's lower area reductions will limit how much Intel will be able to increase their cache sizes with their Intel 4 node.

Without EUV technology, Intel's Intel 4 node would require more masks for etching and increased multi-patterning. Intel has estimated that EUV has reduced the number of masks that they require by 20% when compared to Intel 7, reducing the complexity of their Intel 4 node while achieving better results. 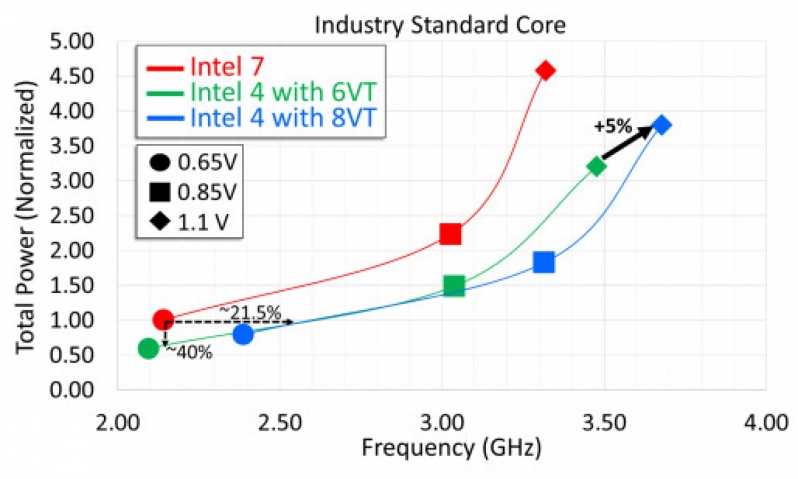 Intel's first Intel 4 products are due to launch in 2023 with Meteor Lake. Currently, we expect Meteor Lake to launch in late 2023, with Intel's 13th Generation Raptor Lake processors arriving later this year.

You can join the discussion on Intel's new Intel 4 process node on the OC3D Forums. 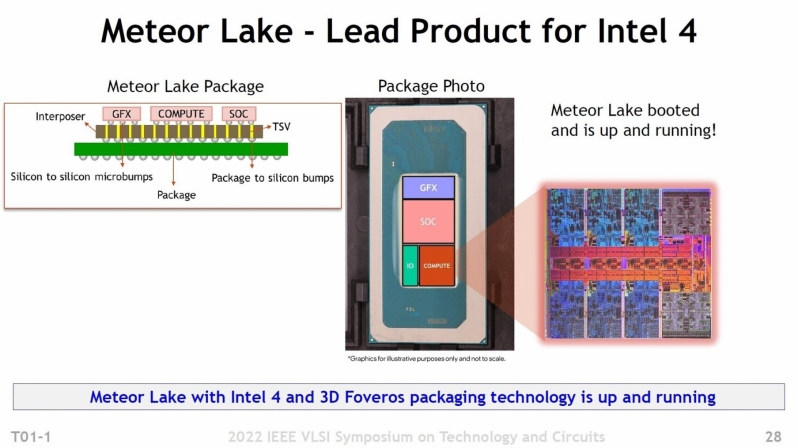