Intel has revealed their first 6GHz processor, the i9-13900KS

Maximised performance, but at limited volumes

Intel has revealed its fastest ever desktop processor

Following the reveal of their 13th generation Raptor Lake series of processors, Intel revealed their first 6.0 GHz processor, the i9-13900KS. Essentially, the i9-13900KS is a higher clocked i9-13900K processor, offering users higher core clock speeds out of the box. This higher-end CPU model will be available in early 2023 in limited volumes.

With this processor, Intel has become the first CPU company to hit the 6 GHz barrier. Previously, these kinds of overclocks were exclusive to enthusiasts who uses sub-zero cooling solutions, making a 6+ GHz overclock a feat for hyper enthusiasts. Next year, CPUs with out-of-the-box 6GHz clock speeds will be available, delivering extremely high levels of single-threaded performance to the masses.

Currently, it is unknown how much Intel's limited edition KS series processor will cost, though we expect it to have a significant price premium over the company's standard i9-13900K. Intel's last-generation i9-12900KS had a $150 premium over its standard counterpart, so don't expect Intel's i9-13900KS CPU to be cheap. 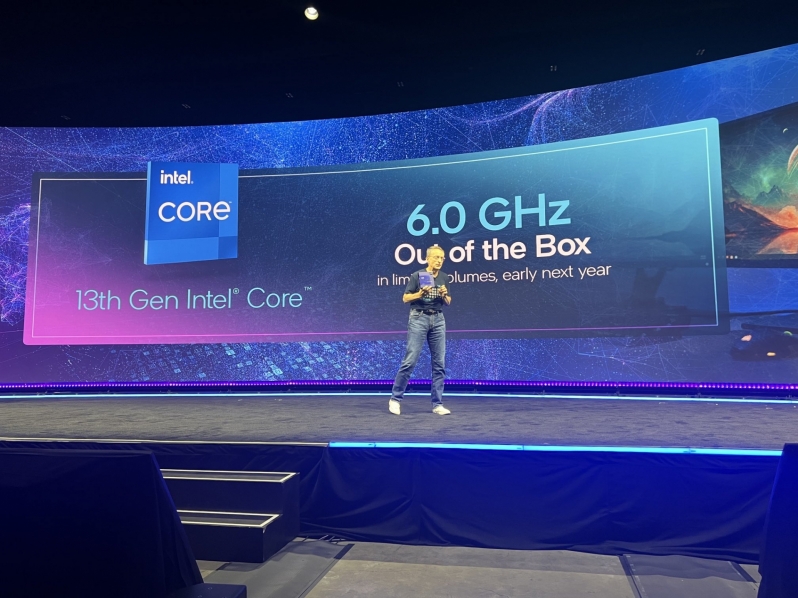