It is worth noting that Intel'si7-11700K result is based on a single CPU sample, which means that PassMark's results have not been averaged over a large number of test samples. This gives Intel's i7-11700K results a higher margin of error than the other CPUs on the chart below. 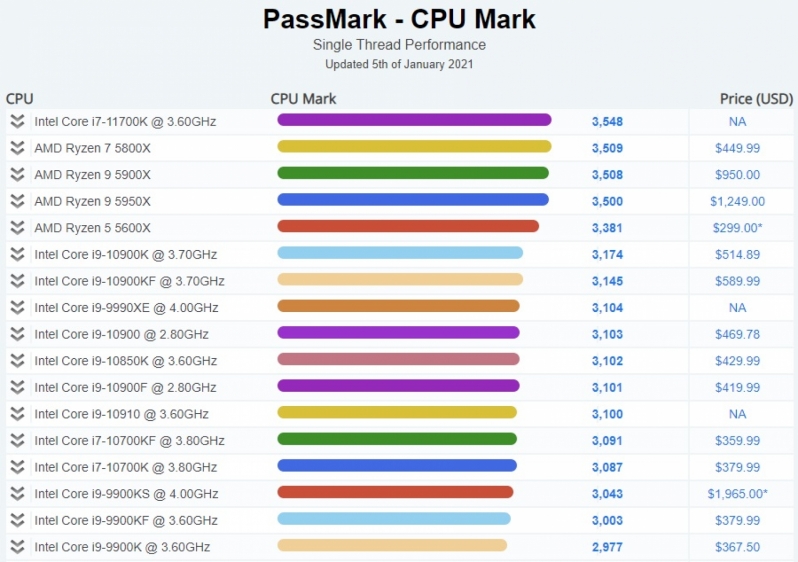 While Intel's i7-11700K tops PassMark's single-threaded performance charts, it is worth noting that it only does so by a margin of 39 points. This makes Intel's i7-11700K single-threaded score 1.1% faster than AMD's Ryzen 7 5800X. In other words, Intel is barely beating AMD in PassMark, and lower performing chips and hardware configurations could pull Intel's average results down as more CPUs are tested.

With this result in mind, we are curious how well Intel's i9-11900K model will perform, as it is expected to ship with a higher base and boost clock speeds. Will it be able to deliver a more significant performance lead over AMD, or will the i7 model offer consumers better value? 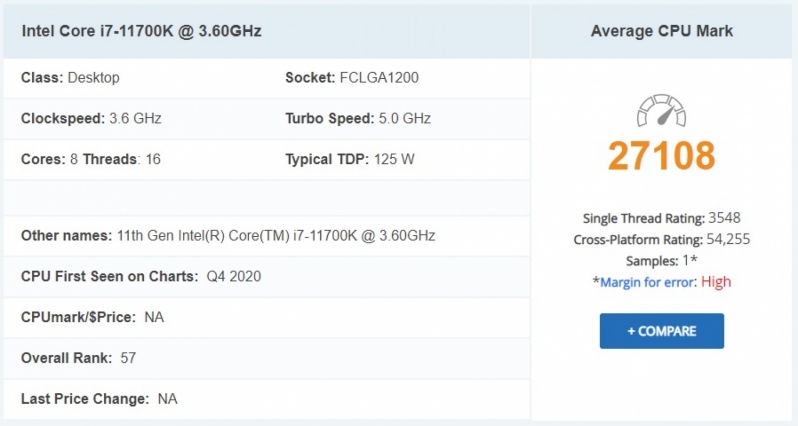 You can join the discussion on Intel's i7-11700K topping PassMark's single-threaded performance charts on the OC3D Forums.

WYP
Quote:
The core architecture will be different, but it should still be 14nm.Quote
Reply