Intel has hired internally for their latest CEO

Intel's board of directors has today announced that Robert (Bob) Swan has been named as the company's 7th Chief Executive Officer (CEO), promoting him from his role as Chief Financial Officer (CFO).

Over the past seven months, Bob Swan has been acting as the company's Interim CEO and starting today, Todd Underwood, Intel's vice president of Finance and director of Intel's Corporate Planning and Reporting, will assume the role of interim CFO. Over the coming months, Intel plans to conduct an internal and external search for a permanent CFO.

A report from CNBC has claimed that Swan was approached with the CEO position after Intel announced their Q4 2018 financial results, alleging that the company was close to naming another candidate for the job until very recently. Intel's talks with their unnamed CEO candidate presumably fell through.

Bob Swan joined Intel as CFO in 2016, after spending time as CFO of eBay (2006 to 2015) and saw PayPal spin-off to become a separate entity in 2015. Later in 2015 Swan became an operating partner with General Atlantic, after which he joined Intel.

Below is an open letter that Intel's new CEO, Bob Swan, has sent to the company's employees, customers and partners.

I am honored and humbled to be named Intel’s CEO. I loved my role as the CFO, and over the past seven months I have come to love our company even more – and its mission, employees and customers. When the board approached me about taking the CEO role, I jumped at the opportunity to remove “interim” from my title.

As an executive team, we will focus relentlessly on building great teams and culture, and delighting our customers. Leadership is a team sport and is about bringing together the team, setting the direction and letting the team be unencumbered – so they can achieve things nobody thought was possible. My biggest learning over the last seven months is how important we all are to our customers, and the responsibility and opportunity that goes with that.

As we move into the next few weeks and months, we’ll be focused on four critical imperatives.

First, we must be bold and fearless. Intel’s team has the technical and strategic vision to shape technology’s future. Our ambitions have never been greater and we have a relatively small share of the largest addressable market in Intel’s history. We must remain focused on playing offense and innovating for an increasingly data-centric world. A world where all data needs to be processed, moved, stored and analyzed.

Second, our core strategy is not changing: We’ve embarked on what we believe can be the most successful transformation in corporate history. We are evolving from a PC-centric to a data-centric company that builds the technology foundation powering the world’s innovations. What will change is how we serve our customers and how we partner and build the best technology together. By listening closely to how we can make our customers’ lives better by helping them delight their customers, we will all win.

Third, our execution must improve. And it will. Our customers are counting on us.

Fourth, we have a powerful culture, and to achieve our ambitions we must evolve. Our culture must encourage every Intel employee to be bold and fearlessly focused on going beyond what they thought possible. And, the culture must honor truth and transparency, customer-obsession, and coming together as “One Intel.”

Intel has an amazing legacy, but our aspirations have grown. We need to continue to evolve to continue making Intel’s future even brighter than our storied past.

We’ve got an incredible foundation to build on – and I look forward to all that we can achieve together in the future. I’m all in. 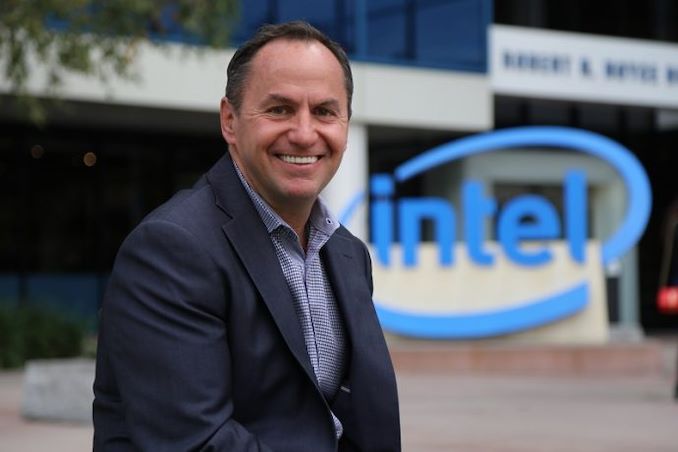 You can join the discussion on Intel's latest CEO on the OC3D Forums.