'We have to deliver better products to the PC ecosystem than any possible thing that a lifestyle company in Cupertino.'

Earlier this week, Intel confirmed that Pat Gelsinger would be returning to the company, replacing Bob Swan as CEO. While Gelsinger's return to Intel will not occur until February 15th, he has reportedly already addressed the company's employees to set new targets for the company, aiming their sights directly at Apple.

Gelsinger has reportedly stated that "Intel needs to be better than Apple at making CPUs", listing that as one of the challenges that Intel must now face. According to The Oregonian's Mike Rogoway, Gelsinger has reportedly told Intel employees that "We have to deliver better products to the PC ecosystem than any possible thing that a lifestyle company in Cupertino."

Gelsinger is not happy with Apple's decision to move away from Intel processors, and his response is to do what needs to be done to surpass Apple's homegrown CPU offerings. After all, a dedicated CPU company should not be surpassed by a "lifestyle company in Cupertino."

Rogoway has also claimed that Intel may be planning to wait for Gelsinger's arrival before making key strategic decisions regarding outsourcing. Pat Gelsinger is known to be a strong supporter of Intel's foundries, as their manufacturing arm "When executed well, it has established Intel as a leader in every aspect." In the long term, outsourcing would lose Intel one of their key advantages over its rivals. 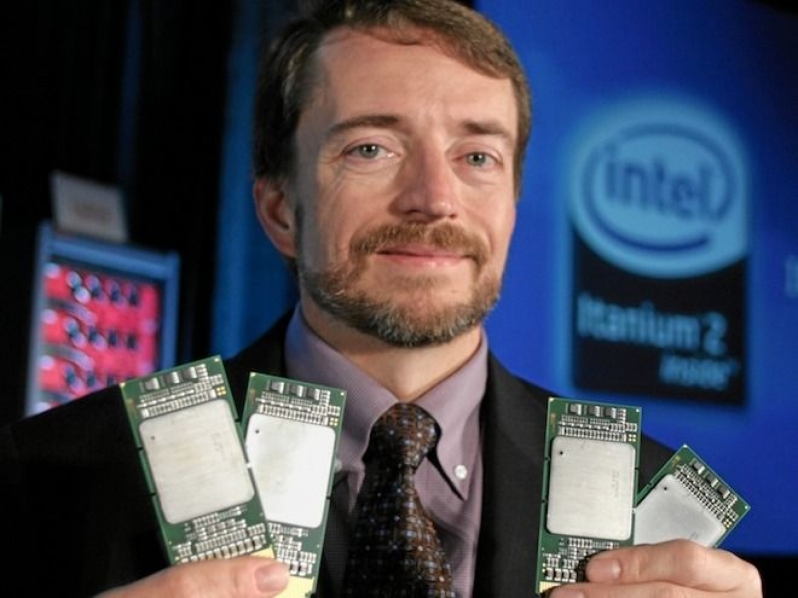 One of the main benefits of bringing on Pat Gelsinger as Intel's CEO is that it places an engineer at the company's heart. This move should allow Intel to reorganise itself to put products first and finances second. With Pat Gelsinger's leadership, innovation will be brought to the forefront, giving Intel a chance to regain its lost momentum.

Gelsinger's history with Intel should also work to his advantage, as he was part of Intel during its rise to CPU dominance. Unlike other CEO candidates, he knows exactly how Intel works and has an opportunity to right some of the wrongs within Intel's current structure. That said, it is unknown how long it will take for Gelsinger's changed to affect Intel's roadmap and product offerings.

Many analysts have agreed that Gelsinger is the best CEO that Intel could ask for right now, bringing with him a wealth of experience and a knowledge of what made Intel into the company that it is today. He is an engineer, not a financials-focused manager, and that is what Intel needs to get its product roadmap on track and get the company to push for product leadership in 2021 and beyond. This is Intel's chance to turn things around, and they better not mess it up.

You can join the discussion on Intel's new CEO targeting Apple on the OC3D Forums.

Kleptobot
Sounds like the right man for the job, I hope he does well.

The direct quote is a bit of a mouthful. I understand what he's saying, it's very clunky though.Quote
Reply