Golden Cove and Gracemont are coming to desktop

At the company's latest architectural day, Intel's Raja Koduri confirmed that Intel's next-generation Alder Lake processors are due to deliver its users two new CPU core designs, bringing the company's hybrid designs to the desktop platform for the first time.

Alder Lake will be a client product which combined Golden Cove and Gracemont CPU cores to deliver a bland to ultra-high performance levels and great performance/watt.

In conjunction with Intel's new 10nm SuperFin transistors and improved manufacturing/packaging technologies, Alder Lake should deliver consumers a significant performance and efficiency uplift over today's product offerings. That said, Intel has committed to "shipping" Alder Lake in the second half of 2021, which means that it will be competing with next-generation offerings from AMD.

With Tiger Lake having confirmed PCIe 4.0 support, it is probable that Alder Lake will also support PCIe 4.0, and benefit from the same performance enhancements as Tiger Lake as well as additional enhancements through additional architectural shifts. 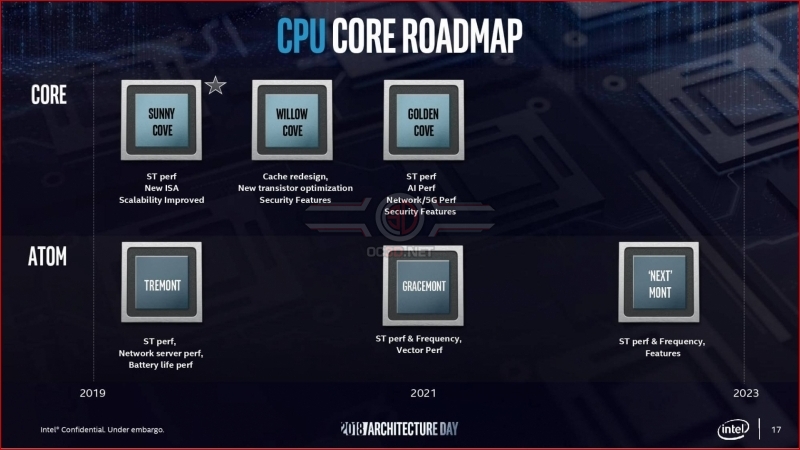 You can join the discussion on Intel's next-generation Alder Lake CPU architecture on the OC3D Forums.

looz
Good to see that they're still set on ST perf.Quote
Reply