Intel's next two CPU generations have been pictured

Thanks to Yuuku_AnS over at Bilibili, we have alleged images of Intel's upcoming Rocket Lake processors, CPUs which will deliver users double-digit IPC improvements, PCIe 4.0 capabilities and more. More information about Tiger Lake is available here.

Rocket Lake is due to utilising Intel's LGA 1200 socket, the same socket as today's Comet Lake processors. This should allow today's 400-series Intel motherboards to support Rocket Lake after a BIOS update, a fact which should be confirmed by motherboard vendors closer to launch. That said, newer 500 series motherboards will arrive with Rocket Lake, offer full compatibility with Rocket Lake's enhanced feature set.

Videocardz has also released images of Intel's upcoming Alder Lake series of processors, revealing its use of a new LGA 1700 socket from Intel. This means that PC builders will need new motherboards with Alder Lake. 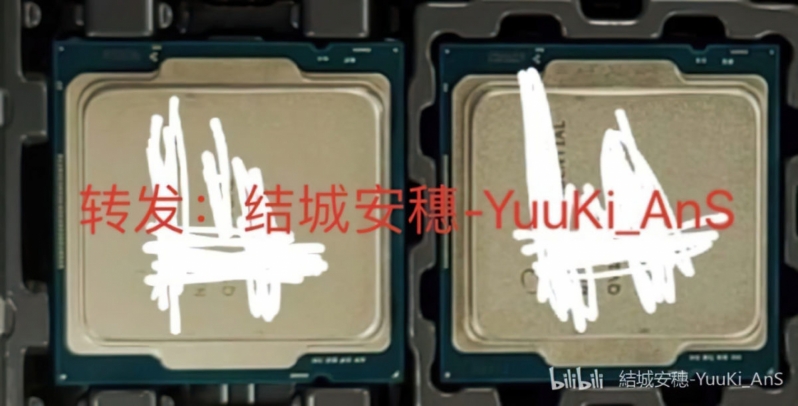 By the time Intel released Alder Lake, AMD should be ready with their Zen 4 architecture, which is due to move the company to a 5nm process node and move the company away from their AM4 motherboard socket. With AMD already offering their users 16-core desktop processors, it is hard to see how Intel's Alder Lake CPUs will compete with AMD's Ryzen 6000 series.

Alder Lake will also require new 600 series motherboards, and at this time it is unknown how well Intel's mixed core design will function in practice. Will Intel's little cores be beneficial for PC enthusiasts, or a liability? Alder Lake is also due to move Intel to DDR5 memory. 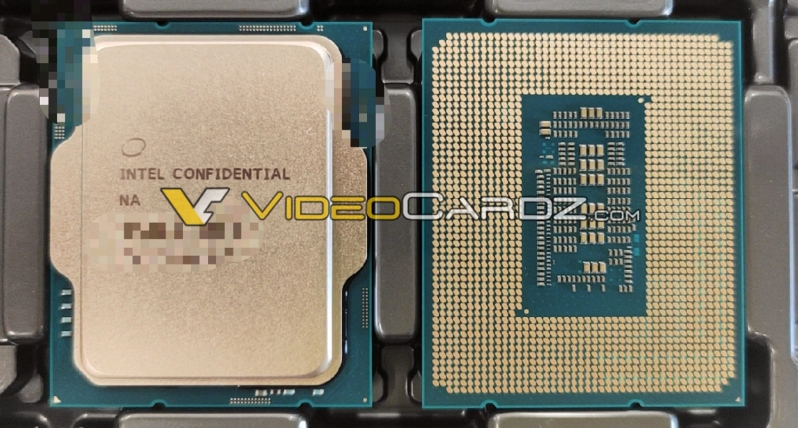 You can join the discussion on Intel's Rocket Lake and Alder Lake CPUs on the OC3D Forums.

Dicehunter
I can't see Intel's 8 normal cores and 8 little cores catching on as a good idea especially with AMD's 3950X, The new 5950X and by the time Intel's "16 core" part comes out AMD will have out their 6950X which will be even more monstrous than their upcoming 5950X.

For laptops this may be a good thing, Use the 8 little cores for browsing, Desktop usage and the 8 big cores kick in for rendering, Gaming etc... but for standard desktops I can't see them taking off.Quote

Bagpuss
I'd imagine those Alder Lake CPU's are going to need new air cooler/AIO base plate designs given the change from a square to rectangular form factor, to ensure full contact coverage?Quote

Dawelio
Am I the only one who literally can't/doesn't give the slighest about Intel anymore? Intel has done their part for me, I'm all for AMD today.Quote

KingNosser
Intel are very much done for a few years, personally if they were given the chance they would do the same all over again, if it wasn't for amd intel would still be knocking out 4 core chips in the top part of the consumer line, so yep very much amd all the way for me.Quote
Reply