Over in the US, the retailer Provantage has listed Intel's upcoming 12th generation Core Alder Lake processors, giving the company's next-gen flagship, the i9-12900K, a price tag of $605.

If these prices are legitimate, Intel's i9-12900K will be priced lower than AMD's Ryzen 9 5950X processor (MSRP $799) and above AMD's Ryzen 9 5900X (MSRP $549). This suggests that Intel will be aiming to deliver to consumers more value than AMD, especially with their lower-end CPU models.

Intel's upcoming i7-12700K will allegedly cost around $421, while the company's i5-12600K will cost $287. Cheaper KF series i5, i7, and i9 CPUs, which lack integrated graphics, will be available at discounted prices that are typical $20-$30 cheaper than their standard K counterparts.

Below is a list of prices from Provantage, as reported by Videocardz. Note that the specifications of many of the CPUs below are incorrect, as Provantage is not listing the core counts of these hybrid-core CPUs correctly. Unlike traditional x86 CPU designs, Intel's Alder Lake CPUs feature two CPU core designs. Intel calls these cores their Performance Cores (P-Cores) and Efficient Cores (E-Cores). 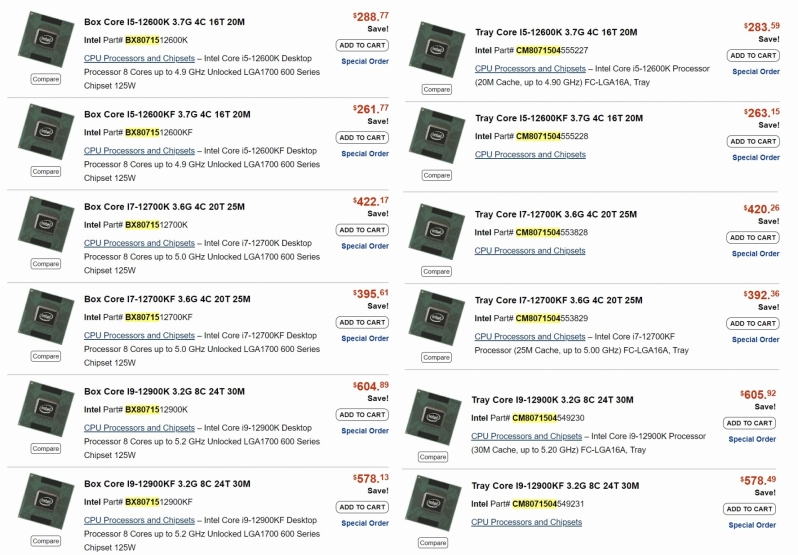 While Alder Lake will heat up competition within the desktop market, AMD will be able to maintain its lead within the workstation ecosystem with relative ease. AMD's currently working on Zen 3 versions of their Threadripper and Threadripper Pro series CPUs. These processors will easily be able to surpass anything that Intel has to offer with Alder Lake. With AMD's Threadripper series offering users up to 64 cores, it is hard to see Intel's 16-core hybrid i9-12900K competing favourably.

You can join the discussion in Intel's leaked Alder Lake pricing on the OC3D Forums. 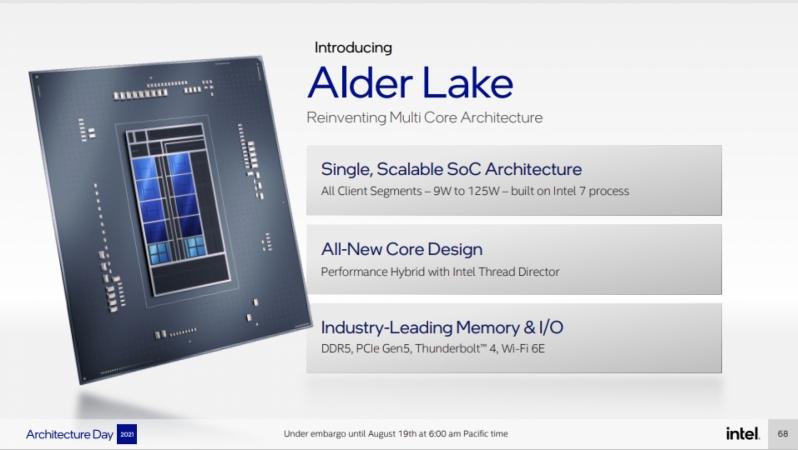 AngryGoldfish
Is $605 a good price if the rumoured performance targets are true?Quote

NeverBackDown
This platform will be over $1000 for just a CPU, board, and ddr5 memory. Can't say I'm eager to adopt itQuote

Dawelio
Quote:
Let's not forget about all of the added poential issues of having a bleeding edge platform can bring with it.Quote

Warchild
Quote:
Windows 11 will bring its fair share of those without the latest Gen chips. It makes me somewhat satisfied for going with the 11th gen. Maybe ill upgrade on Intels Tic Toc Toc Toc Toc +++++ cpu.Quote
Reply