AMD's losing its grasp on the low-end desktop market

Intel's hoping to expand its Alder Lake CPU offerings in early 2022, launching new i3 and i5 class 12th Generation processors on their LGA1700 socket. According to tests from Xfastest, Intel plans to make a mockery of AMD's budget offerings, especially within the lower-end i3/Ryzen 3 category.

Xfastest has managed to test Intel's i3-12100 processor, a 4-core 8-thread Alder Lake processor with Golden Cove cores and a boost clock speed of 4.3 GHz. Meanwhile, AMD has their Ryzen 3 series, which has not been updated since the launch of their Ryzen 3 3100 and 3300X.

AMD has not updated their Ryzen 3 desktop product stack with new Ryzen 5000 series Zen 3 processors, preventing budget-oriented gamers from benefitting from AMD's latest architectural innovations. This has left the low-end market open to a push from Intel, as AMD is doing little to deliver its latest technological innovations to this market.

If AMD does not launch something new soon, they will be fighting Alder Lake with Zen 2, and AMD's not winning that fight. 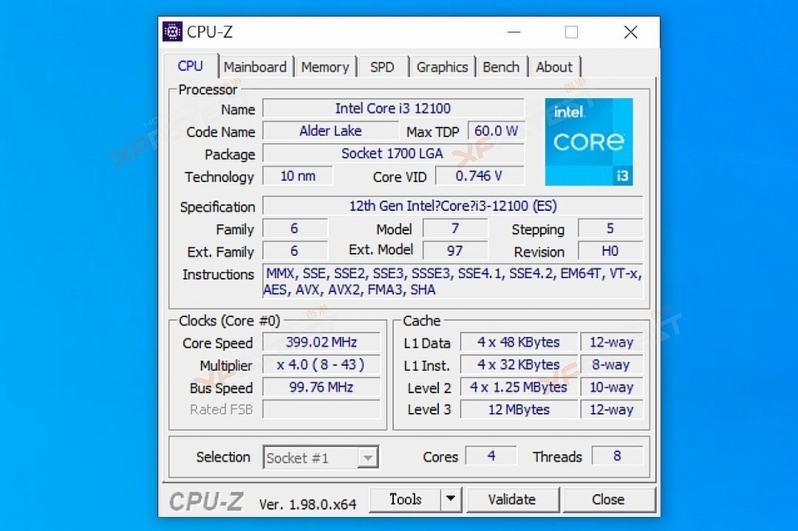 Early Benchmarks give Intel's i3-12100 a major lead

When Xfastest tested their early i3-12100 processor, they used an X690 Steel Legend motherboard from ASRock and 16 GB of dual-channel DDR4 3600MHz memory. The same memory was used for their AMD and Intel test beds.

In PCMARK, Intel's i3-12100 processor headily outperforms its AMD counterparts, achieving a score of almost 7,000 while AMD's CPUs hover around the 6000 point mark.

In Puget Systems' PugetBench Premiere Pro benchmark, Intel's i3-12100 makes a mockery of AMD’s offering with significantly higher scores in all categories.

This benchmark highlights Intel's i3-12100 processor as a capable budget productivity processor. These results make Intel's low-end Alder Lake CPUs a great choice for those starting their Premiere Pro journey on a budget.

In 3DMARK's new CPU benchmark, Intel’s i3-12100 is again on top with the highest single-threaded and multi-threaded scores. Again, Intel's Alder Lake CPUs have a considerable performance advantage over AMD's Ryzen 3 line up, highlighting why AMD needs to update its lower-end product stack.

Counter-Strike: Global Offensive is a game that runs well on AMD's latest Ryzen processors, but with Alder Lake Intel gives AMD another loss. Alder Lake may be the CPU architecture of choice for 2020's budget gamers, assuming that Intel's lower-end B660 motherboards are reasonably priced. 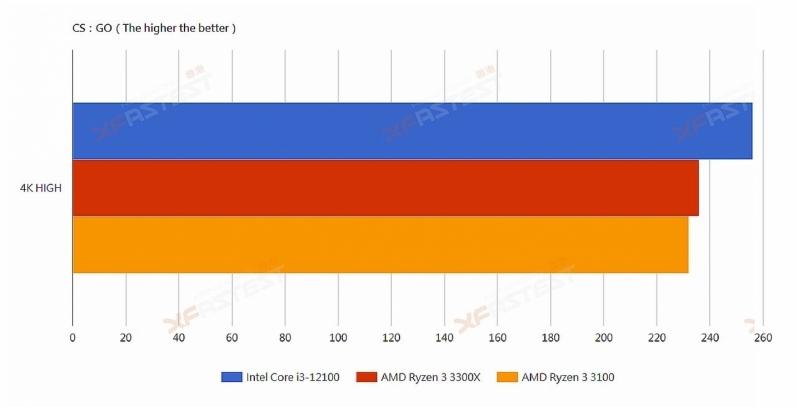 With Alder Lake CPUs having such a large IHS, and Intel's i3-12100 having a low power target and relatively low maximum clock speeds, it makes sense for the i3-12100 to operate at low temperatures. With such a low TDP, Intel's Alder Lake i3-12100 processor will be easy to cool, another factor that should make it a great choice for budget-oriented gamers. 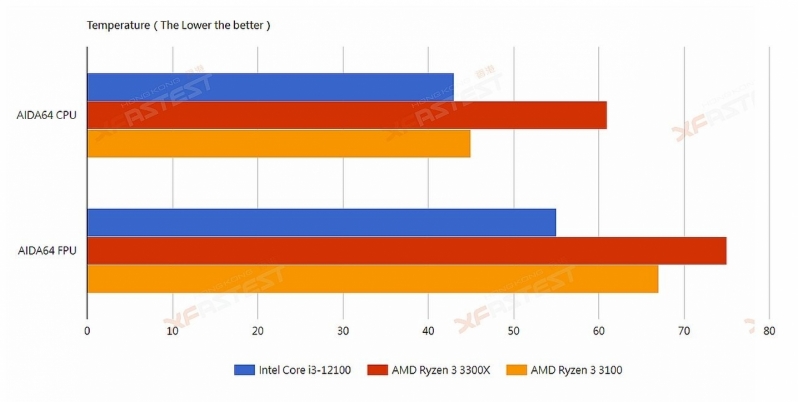 AMD's strength within the low-end CPU market is quickly becoming its weakness, with AMD's failure to upgrade its sub-£250 products with new Zen 3 models being the primary cause for this change.

If AMD is expecting today's Zen 2 based Ryzen 3 CPUs to compete favourably with Alder Lake, they are wrong. Hopefully, we will see new low-end and mid-range offerings from AMD soon, but for now, it looks like the lower-end of the CPU market is moving in Intel's direction.

You can join the discussion on Intel's i3-12100 CPU making mincemeat of AMD's Ryzen 3 products on the OC3D Forums.

Gothmoth
if the new line of ryzen cpus (including low end) will get the 3D v-cache it might look different in the end.


a few sites have reported that e-cores do not much for gamers.
and most benefits for gamers with alder lake come from cache size.


so i think AMD could offer a nice low end package early 2022 when they want too.Quote

WYP
Quote:
The lower-end Alder Lake chips are all P-cores. That's what the leaks suggest at least. This includes the pre-release hardware leaks that has made it to some reviewers. There's no issues with E-cores if the lower-end models don't have any.

AMD needs better lower-end chips. It remains to be seen how AMD will launch their V-cache enhanced Ryzen chips. It could be a high-end only feature. We will need to wait and see. Even Zen 3 quad-cores would be good competition in the low-end, or a Ryzen 5 5600 non-X.

We may have to wait until AM5 to see an all-new low-end AMD CPU lineup.Quote


my point was that with the P cores the cache seems to be the important factor for gaming.
6 or 8 cores did way less for performance (in the benches i saw) than 16 vs 25 or 30 megabyte cache.


3D v-cache seems like a perfect solution to make a 4 core ryzen a gaming powerhouse.Quote

AlienALX
AMD got greedy and complacent with the 5000 series. High prices, no lower tier parts at all. And no decent APUs either.

I really don't know why they did that. It's not like you're going to get a budget gamer to spend way more than he wanted to, he will just go elsewhere.

Maybe they have a paranoia about being a lower end brand IDK.

Edit. As for E cores? IMO they are only there to make the power numbers at idle look better. If the fast cores didn't use so much power I doubt they would have even bothered with them. They're only there to bring back the idle power use and general day to day desktop power use.

With a 4/8 CPU it won't guzzle power any way, hence why they haven't use any E cores.Quote

Warchild
Quote:
I dont think they were complacent at all. Greedy, very very much so, but not complacent. Intel became a shining example of complacency to which the world mocked them. AMD would not follow that route.

I wonder if the greed factor has led them along the path of "micro incremental" improvements simply because they can do that. However with Alder lake really impressing the world, AMD must shift it up a gear.Quote
Reply